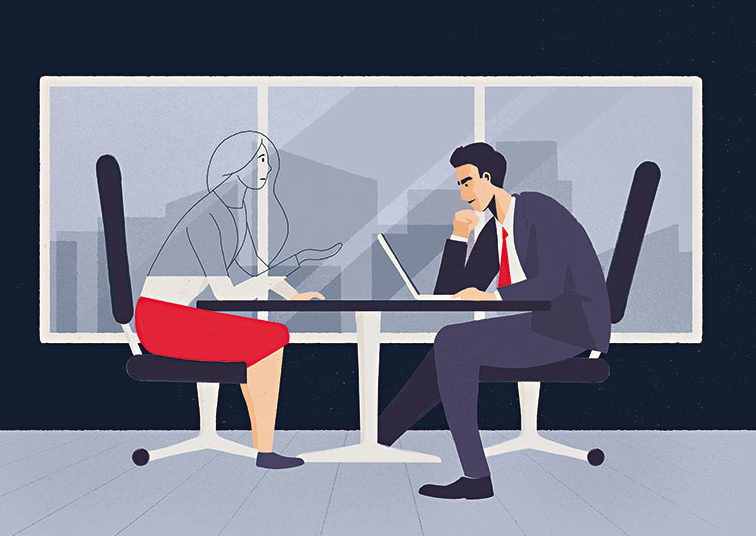 Of 153 countries, India is placed at an abysmal 149th position in economic participation and opportunity according to the Gender Gap Index Report of 2020. Over the last few months, this gender gap has further exacerbated as many women continue to take substantial pay cuts and have lost jobs owing to the pandemic. An Oxfam India report estimates the economic loss from women losing their jobs during the pandemic at about $216 billion – this would mean knocking off a striking 8% from the country’s gross domestic product. It is for this reason that the gender pay gap should no longer be viewed as merely a social problem. A national crisis is before us and we must deal with it head-on.

So what’s causing this “She-cession”? Since the onset of the pandemic, reports across the world suggested that women are more likely than others to bear the economic burden. But this has turned out to be particularly true for Indian women. Not only do fewer women work in India when compared to other countries, but they also get paid way less than working women in other countries. Besides, Indian women are more vulnerable due to our inherently patriarchal society as marriage and maternity typically take center stage in a woman’s lives. According to the Organisation for Economic Cooperation and Development statistics, on average, women in India spend almost 352 minutes per day on unpaid work such as household chores, childcare and looking after elderly parents, as opposed to just 52 minutes by their male counterparts.

Prior to the lockdown women in India contributed 18% to the country’s economic output, about half of the global average. Now, with the coronavirus outbreak this percentage is set back even further due to the unreasonable expectation that women, by default, are exclusively responsible for all household duties. In essence, working women are now juggling multiple roles. Their domestic help is no longer available, children are off schools and older parents who are vulnerable to the virus require special care. For these reasons, women are dealing with additional stress leading to reduced productivity at work, and as a result, they are being increasingly perceived by employers as easy targets for pay cuts and layoffs.

Unlike other countries, where women who are laid off are compensated with social security benefits, Indian women are left bereft of such benefits in case of layoffs. Self-employed women and those who are employed on a temporary or contractual basis are particularly disadvantaged as they have little to no security or legal protections to fall back on. While many other countries have offered comprehensive unemployment insurance to working women facing hardships, women in India are further handicapped by the sheer lack of it.

The most significant factor that puts India at a back-footing when compared to other countries, however, is that a majority (ranging from 88 to 95 percent) of women continue to work in the unorganised sector, many of whom are migrant workers who were forced out of jobs due to the pandemic. Their employment is concentrated in labour intensive, low-growth and low-productivity sectors such as agriculture, manufacturing and construction. Over a period of time, women in these sectors are likely to lose more jobs with the surge in mechanisation and automation. Interestingly, McKinsey Global Institute in a 2019 Report estimated that up to 12 million Indian women could lose their jobs by 2030 owing to automation in these sectors. Without question, such a catastrophe would halt or even reverse any progress made towards enhancing women’s participation in the workforce.

The female wage in India is 60-65% of the male wage since the last three decades. Before the pandemic unleashed, the World Economic Forum in its Global Gender Gap Report of 2020 painted a grim picture. It indicated that it would take a century to reach pay parity. If we continue to ignore the economic inequalities caused by the pandemic, any prospects of closing the gap even in the next 100 years will be further hampered.

It is evident that the effects of the pandemic are gender conscious, so it stands to reason that our efforts to overcome them involve a gendered response. What India needs is an effective re-evaluation of its policies and targeted interventions by the civil society, government and private sector. Instead of reinforcing mechanisms and cultural norms that push women out of jobs, it is time we begin investing in women as the pillars of nation building – by rewarding them with equal pay for equal work, if not more.

* Views are personal. This piece is the first in the series “Bridge the Gap” presented by The Womb. The author of the series is a Delhi based practicing lawyer who holds a special interest in gender justice. She is admitted to the New York State Bar and holds a Master’s degree from the University of Virginia School of Law, United States.