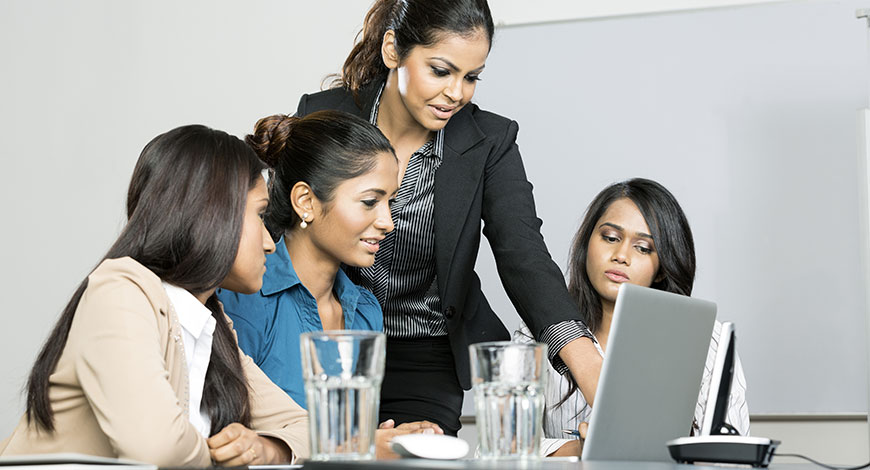 Women aren’t just good for a company’s image. There is overwhelming evidence that enhancing gender diversity and equality at the workplace has a massive upside for any organisation’s growth. However, employers continue to underpay women despite having the same deliverables and educational qualifications as their male counterparts. To this day, few women find place in leadership roles, particularly on boards and in executive positions in companies. Even those who do, earn significantly less than males in the same leadership roles.

In the United States and United Kingdom, women still make up fewer than 30% of board members and 10% of CEOs among the biggest companies. The numbers are much worse in India. An analysis of the annual reports of 1,747 companies listed on the National Stock Exchange showed that the gender pay gap between male and female directors doubled in FY19 from what it was a year ago. It was also found that women executive directors earned 45% less than their male counterparts in the last fiscal year as male CEOs and CXOs took home bigger salary increments. Moreover, salaries of women Executive Directors remained almost stagnant. This persisting lack of recognition and lower pay scales disincentivises women to join the workforce.

So, what must organisations do to bridge the gap?

Organisations, at regular intervals, should conduct both pay and diversity audits. Conducting pay audits would help organisations identify where any conscious or subconscious pay gaps exist and bring in policy interventions to taper them. For example, Iceland, the only country that has ever come close to bridging the gender pay gap, has adopted the Equal Pay Standard which requires companies with over 25 employees to have their accounts audited every three years to obtain a government certification. While India may not have any such legislation, this change should be driven by organisations voluntarily. Right from recruiting to promotions and appraisals, diversity audits must also be conducted. Successful ventures such as Accenture, Barclays, Credit Suisse UK and KPMG have all set gender targets, broken down by business segments and functions. Having clearly defined interim targets enables them to continually measure themselves against their goals. Some organisations have even gone so far as to ensure diversity amongst temporary workers. Take Coca-Cola India for instance, which conducts audits to ensure that half of its interns are women. Diversity and inclusion shouldn’t just be the buzzwords that make your business sound good, instead employers must make honest internal assessments to identify the gaps accurately and execute ideas to narrow down the disparities.

Having women in leadership roles can contribute significantly to the growth of an organisation. This makes sense for two reasons: first, women make close to 80 percent of household purchasing decisions, and second, and they account for a projected $18 trillion in spending worldwide. Leading employers have started to recognise that it is not only important to give women a seat at the table, but also nurture their talents. A worldwide study of 22,000 companies concluded that having at least 30 percent of women in the C-suite (a firm’s most senior executives and members of corporate boards) results in adding additional 6 percent to the overall net profit margin. Similarly, a 2020 McKinsey report found that companies which score highest on executive-level gender diversity have a 48 percent likelihood of outperforming industry peers on longer-term value creation of economic-profit margin than those who rank lowest in executive-level gender diversity. Having a woman’s perspective when making business decisions, therefore, is not only necessary but critical for any business.

The Sexual Harassment of Women at Workplace (Prevention, Prohibition and Redressal) Act, 2013 mandates companies that have over 10 employees to report the number of sexual harassment cases as well as the steps taken for redressal. However, many companies continue to disregard mandatory compliance of the provisions of the Act and those who “comply” have been found to do the bare minimum. Companies must recognise that timely redressal of workplace sexual harassment is of paramount importance, for non-compliance can lead to massive litigation costs and reputational risks. Research indicates that sexual harassment at workplace has adverse psychological effects on women which often results in distraction and poor performance at work. A pro-active approach towards raising awareness about sexual harassment will not only ensure a safe and enabling environment for women, but also enhance productivity of women at work.

Unfortunately, questions as to whether you are married, have kids or plan to have kids are important considerations for most employers when hiring. It is also for these reasons that women are typically the first casualties when employees are being laid-off. This must change. Organisations should shift their mindset to assessing performance based on achievements and deliverables. Rather than penalising women for choosing to have a family, employers must facilitate them. One effective way of doing this is by adopting paid paternity leave policies so that men can shoulder some caregiving responsibilities that women are often solely burdened with. With a little extra help at home, women’s productivity levels at work could increase substantially, resulting in better economic outcomes for businesses.

Employers should focus on promoting meritocracy rather than placing reliance on indicators that have little to no correlation on performance and deliverables, such as gender. In an interesting research, women software coders were found to be of higher quality, but only if evaluators did not know their gender. One effective way of doing this is by employing a “blind-screening” strategy when considering candidates at the time of hiring, promotions and appraisals. Efforts should be made to remove any gender-coded language even in job descriptions and during interviews. Besides, the management should actively and periodically engage with hiring managers and HR teams to chalk out formal diversity and inclusion objectives. When HR and recruiters genuinely believe that this is a top priority for the organisation, they are more likely to make deliberate efforts to deliver such outcomes. Encouraging employees involved in hiring and performance reviews to undergo unconscious bias training would also help build a culture of inclusiveness.

One thing the pandemic has changed is the customary perception of productivity being directly proportional to office hours spent. With work from home being tried and tested across most industries, it is not surprising that the productivity of people has in fact gone up. Be it telecommuting, remote working, flexible working hours, condensed work weeks – employers may tailor and adopt these strategies to engage talent and enable more women, particularly mothers and women in their mid-careers, to participate more efficiently. However, employers must ensure that privacy and work-life balance are maintained.

More than anything, women at work deserve equality and neutrality, a seat at the table where decisions are made, a place where the viewpoints they put forth are well-taken without interruption. This is not a big ask, yet after 73 years of independence, the women’s fight for independence continues. Although the legislature has brought in a slew of policies to bridge the gap, a lot more needs to be done. It is time for India Inc. to come out of oblivion and lead the gender diversity and inclusion drive through adoption of progressive internal policies. If this is done, it won’t be long before companies begin to realise that enabling and bringing more women to the workplace is a profitable prospect which is sure to have long-term social and economic benefits.

* Views are personal. This piece is the fourth in the series “Bridge the Gap” presented by The Womb. The author of the series is a Delhi based practicing lawyer who holds a special interest in gender justice. She is also admitted to the New York State Bar and holds a Master’s degree from the University of Virginia School of Law, United States.