Home » Blog » Pink Tax- The Cost of Being a Woman 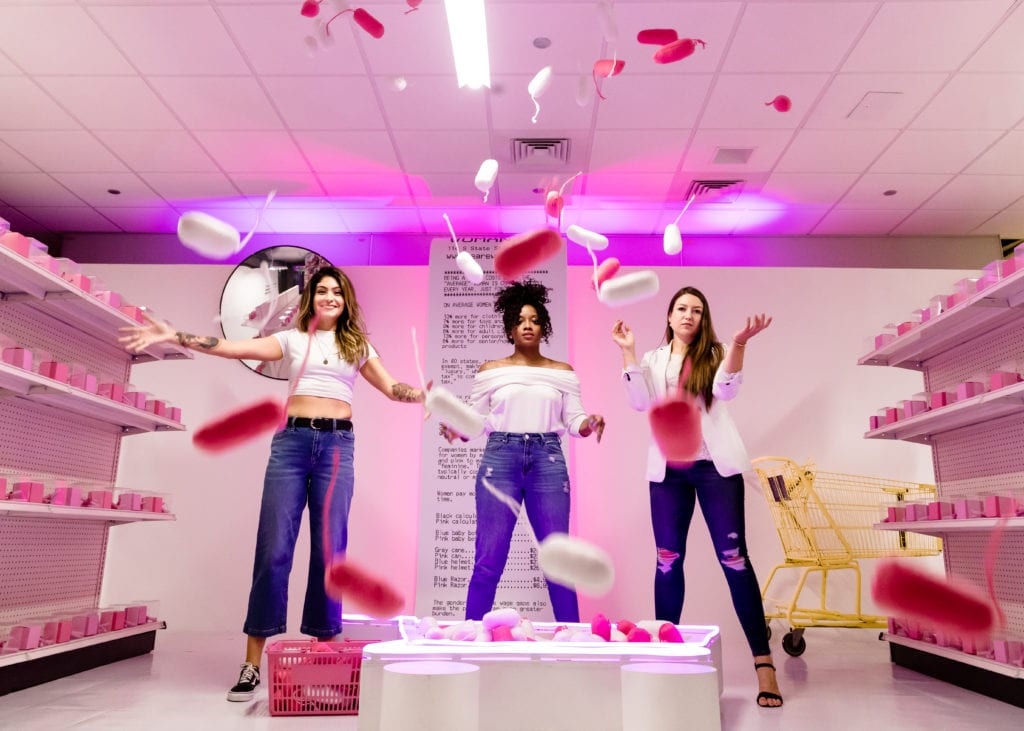 Yet another manifestation of the economic disparity created between men and women due to the patriarchal structure of society is “pink tax”. The term simply refers to a gender based price discrimination wherein women have to frequently pay more than men for same products and services for identical goods and services, which can only be differentiated through the color of the product and its packaging. This so-to-speak tax that causes the price difference between the generic or male oriented products and its female targeted product counterpart is evident in all categories of products and services, right from toys for toddlers to support equipment for seniors.

A study showed that while a razor for men costs Rs. 180, its pink- i.e. women’s version- costs Rs. 250, a shocking difference of Rs. 70 for a change in the color of the product. Similarly, a basic t-shirt costs men Rs. 305 while the same one costs women Rs. 359 and dry-cleaning services for the same shirts may cost women as much as 92% more than men. The study of New York City Department of Consumer Affairs analyzed the costs of hundreds of products used from cradle to cane and concluded that there exists an overall 7% disparity between the costs of all products and that women consumers paid higher prices in 30 out of its 35 product categories. The pink tax costs about $2,135 on average to a woman every year. The official website of AxThePinkTax estimates that by the age of 35, a woman pays a whopping total of around $47,000 under the garb of this “gender tax”. This burden on women’s pocket comes in addition to the gender pay gap. As of 2018, the pay gap is as wide as 19% in India and like the pink tax, it continues to persist even in developed countries such as USA. Thus with lesser income and greater expenditure, women are doubly disadvantaged solely due to their gender.

Many marketers and companies attribute the hiked prices of women targeted products to product differentiation and greater packaging costs. In order to differentiate a product from others and to target specific market segments, manufacturers often resort to making the packaging more aesthetic, altering color schemes of a product and even highlighting the USPs in varied forms. This may increase the cost of production due to lack of economies in scales in producing those specific products. For example, a manufacturer may produce far more generic blue and black cycle helmets than pink cycle helmets, which could relatively increase the cost of production of each pink helmet. Thus, even though the state of California passed the Gender Tax Repeal Act in 1995 to prohibit businesses from discriminating prices of similar services against a person due to their gender, it cannot be effectively used by consumers as the act works more as a tokenistic change since manufacturers often cite these reasons for their price discrimination. Moreover, a bill banning this discrimination on goods in California was even withdrawn in 2016 due to industrial lobbying and pressure from businesses, preventing any action against these justifications.

Further, even if the quality of the product available for both the sexes remains the same, some marketers capitalize on their notion that women are willing to spend more on their appearance and grooming. Many companies arrogate grave sums of money from women for the most basic products due to their brand name being present on the product, which further feeds into this narrative of social value imposed around women. The insecurities that women carry as a result of the judgment the face on their looks and lifestyle reinforces this gendered pricing and allows companies to arrogate large sums of money from women who hope to match the unattainable societal standards using the products of these companies. They often claim that women are less sensitive to higher prices and since they are willing to pay a greater sum for a product or service, marketers indulge in price discrimination against women. Companies argue that it is no different than discriminating the prices of flights on different dates of purchase. However, that discrimination is neither targeted a selected class of individuals, nor does it contribute to a grander scheme of their systemic oppression. Regardless of all the justifications, the key ramification of this gendered pricing is that it costs a woman even more than before to meet the expectations of her gender as compared to those of a man.

What’s more is, there is barely any awareness about this price discrepancy even in developed countries. A survey revealed that as many as 67% adults in India had never even heard of the pink tax. The first time that this gendered pricing was brought to the public eye in India was through the movement against the 12-14% GST levied on the tabooed sanitary napkins and other women’s hygiene products. While contraceptives remain tax free and are considered essential goods, a “tampon tax” was imposed on women’s sanitary products as they were considered a luxury instead of a necessity. This sparked widespread protests on social media, especially twitter, under the campaign name #LahuKaLagaan, meaning “tax on blood”. Online petitions against it too received more than 4,00,000 signatures including those from activists, actors, politicians and comedians and eventually led the government to revoke this “tampon tax” in 2018. Although the “tampon tax” movement in India helped spread some awareness about it, pink tax still majorly remains hidden in the marketplace and is accepted as an unquestioning norm of society. Many social media movements around the world- such as #GenderPricing and #AxThePinkTax– too have brought some attention to it but their reach is still very limited.

Creating more awareness among consumers is thus paramount in this battle against the pink tax. Being aware about the deeply problematic narratives that fuel and justify the pink tax is the first step towards questioning it and subsequently taking action against it. It is crucial then, to create more conversation about this and to voice one’s opinions to their peer groups and on social media platforms. Further, one can consciously choose to boycott the products of companies that do charge this pink tax by either switching to their similar generic or male oriented products, or by switching to an entirely different brand that refrains from charging the tax.

It is equally as important for consumers to appreciate the efforts of companies that are actively trying to break this norm. Companies are bound to take cognizance of this awareness and change in consumer preferences which would affect their marketing strategy and pricing policy. Burger King, for instance, is already publically campaigning against the pink tax. Billie, a subscription razor company, in its fight against the gender tax offers a referral discount that it calls ‘The Pink Tax Rebate’. This is the way forward for companies- to not actively join the fight against patriarchy and profiting through being pioneers of change in the marketplace.

The biggest change in this societal norm of oppressing women financially however, will effectuate only when the toxic thought patterns of women being gullible, sensitive and easy to manipulate would break. And the onus is upon us to actively take part in this fight against it and to encourage others to do the same. I hope that one day all the sale scouting women shoppers would not have to avail the all year long discounts called the men’s department!

Women Will Be Disproportionately Affected by India’s Impending Water Crisis