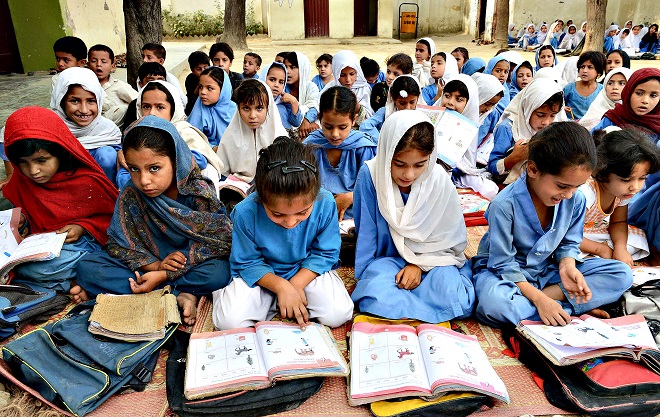 Mr. Ambarish Rai, National Convenor of the Right To Education Forum expressed grave concerns over the state of the access to education to the children of the poorest in the nation. He detailed that the most vulnerable section remains the girls belonging to the disadvantaged economic and social strata with about 30 per cent of them never having stepped inside a school.

“Nearly 40 per cent of adolescent girls aged 15-18 years are not attending any educational institution,” the official was quoted detailing the precarious situation. He further narrated that the nation has more than 60 million children bereft of education which is alarmingly the highest number of children out of school recorded globally.

Mr. Rai expressed that even those children who are able to have access to schools, end up leaving their education owing to a multitude of factors. As a result, they enter the labour market without the requisite skills or the knowledge required to sustain a living standard.

The National Convenor called for dedicated action from the government to mitigate and improve the numbers as shown in the Annual Status of Education Report (ASER). The report shows secondary school children’s foundational reading and math abilities as poor and that average achievement scores of Class V students have declined in all subjects between 2011 and 2014. Further, Mr. Rai attributed the dismal numbers to the shortage of trained teachers in the nation. He quoted that there are outstanding vacancies at the elementary and secondary teaching posts and only 70 per cent of the teachers at primary level are adequately trained.

He remarked that the government’s apathy has left the education system critically under-resourced. Mr. Ambarish Rai noted that the drop in expenditure on education from 3.1 per cent in 2012-13 to 2.7 per cent of the GDP on education at present. It is to be noted that the current spending remains underwhelmingly below the 2015 Incheon Declaration and Kothari Commission recommendations of allocating at least 6 per cent of GDP to education.

Re-Mark To Level Up: Female Candidates Outperform Male In The Examination Hall – But Are Less Likely To Complain About Disappointing Results