Home » Blog » “It Is Patriarchal And Sexist To Suggest That A Woman Can Not Be Believed When She States That She Was Raped, Merely For The Reason That She Is Sexually Active”: Hon’ble Supreme Court 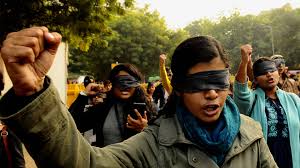 On 31st October 2022, in its recent judgement titled The State of Jharkhand versus Shailendra Kumar Rai @ Pandav Raidated (Criminal Appeal No 1441 of 2022), a division bench of the hon’ble Supreme Court comprising of hon’ble Justices DY Chandrachud and Hima Kohli has equivocally pointed out that “whether a woman is “habituated to sexual intercourse” or “habitual to sexual  intercourse” is irrelevant for the purposes of determining whether the ingredients of Section 375 of the IPC are present in a particular case.”  The Hon’ble Bench further objected to the insensitive and unscientific practice of conducting a “two-finger test” and declared that “any person who conducts the “two-finger test” or per vaginum examination while examining a person alleged to have been subjected to a sexual assault shall be guilty of misconduct.” The Hon’ble justices went on to observe that “this so-called test has no scientific basis and neither proves nor disproves allegations of rape. It instead re-victimizes and re-traumatizes women who may have been sexually assaulted, and is an affront to their dignity…….. The so-called test is based on the incorrect assumption that a sexually active woman cannot be raped.  Nothing could be further from the truth – a woman’s sexual history is wholly immaterial while adjudicating whether the accused raped her. Further, the probative value of a woman’s testimony does not depend upon her sexual history.”

Notably, this view came as a parting remark in the case wherein the deceased, a rape victim, in her ‘fardbeyan’ alleged that on the afternoon of the fateful day the accused “pushed her to the ground and committed rape upon her while threatening to kill her if she sounded an alarm. She called out for help, at which point the respondent allegedly poured kerosene on her and set her on fire with a matchstick. Her cries for help led her grandfather, mother, and a resident of the village to come to her room. The respondent is alleged to have fled the scene upon seeing them.” She was immediately rushed to the hospital where she was admitted and underwent treatment for the injuries sustained by her. Unfortunately, she lost the battle against life after about a month and as per the post-mortem report death was caused by septicaemia, which was a result of the deep burn injuries sustained by her. Meanwhile, the case was lodged against the accused based on her ‘fardbeyan’ and upon the completion of the investigation, a charge sheet under Section 173 of the Code of Criminal Procedure 1973 was submitted for offences under Sections 307, 341, 376 and 448 of the IPC. Notably, a supplementary charge sheet was also submitted regarding Section 302 of the IPC post the death of the victim.

In the course of the investigation, a Medical Board was constituted to examine the victim when she was undergoing treatment for her injuries. The Medical Board believed that “the deceased was about 16 years of age, and the possibility of intercourse could not be ruled out although no definite opinion could be given in this regard.” However, in the report, it was stated that “a vaginal examination revealed that two fingers were admitted easily.” On this point, the Medical Officer in her cross-examination further stated that “the deceased may have engaged in intercourse prior to the date of the alleged crime, and that the admission of two fingers in her vagina meant that she was habituated to sexual intercourse.”

It was against this background that the Hon’ble Division Bench demurred the patriarchal and sexist suggestion that a woman cannot be believed when she states that she was raped, merely for the reason that she is a sexually active and laid emphasis on the radical change which was brought by the Criminal Law (Amendment) Act 2013 which inter alia also amended the Evidence Act to insert Section 53A highlighting that “in terms of Section 53A of the Evidence Act, evidence of a victim’s character or her previous sexual experience with any person shall not be relevant to the issue of consent or the quality of consent, in prosecutions of sexual offences.”

To substantiate the arguments against the archaic and outdated “two-finger test” the judgement delivered by the Hon’ble Apex Court in the year 2013 titled Lillu v. State of Haryana, (2013) 14 SCC 643 was quoted wherein the “two-finger test” was held to be violative of the right to privacy, integrity, and dignity of the rape survivors. In that particular case, the victim was a student of 6th standard who was found the age 13 years 9 months and 2 days old on the date of the incident thus the court outrightly held that the question as to whether she had been habitual to sexual activities or not, is immaterial to determine the issue of consent and further for “two-finger test” observed that:

“13. … rape survivors are entitled to legal recourse that does not re-traumatise them or violate their physical or mental integrity and dignity. They are also entitled to medical procedures conducted in a manner that respects their right to consent. Medical procedures should not be carried out in a manner that constitutes cruel, inhuman, or degrading treatment and health should be of paramount consideration while dealing with gender-based violence. The State is under an obligation to make such services available to survivors of sexual violence. Proper measures should be taken to ensure their safety and there should be no arbitrary or unlawful interference with their privacy.

14. Thus, in view of the above, undoubtedly, the two-finger test and its interpretation violate the right of rape survivors to privacy, physical and mental integrity and dignity.”

Attention was even drawn to the guidelines directed towards the health providers in cases of sexual violence so issued by the Ministry of Health and Family Welfare, which proscribe the application of the “two-finger test” and states as follows:

Finally, regretting the continued practice of the “two-finger test” the Hon’ble Justices have used the case in hand to set a strong and progressive precedence directing the Union Government as well as the State Governments to do as follows:

“a. Ensure that the guidelines formulated by the Ministry of Health and Family Welfare are circulated to all government and private hospitals;

b. Conduct workshops for health providers to communicate the appropriate procedure to be adopted while examining survivors of sexual assault and rape; and

c. Review the curriculum in medical schools to ensure that the “two-finger test” or per vaginum examination is not prescribed as one of the procedures to be adopted while examining survivors of sexual assault and rape.”

Besides, it was held that the Ministry of Health and Family Welfare, Government of India and its officers were responsible for ensuring the implementation of the directions issued.