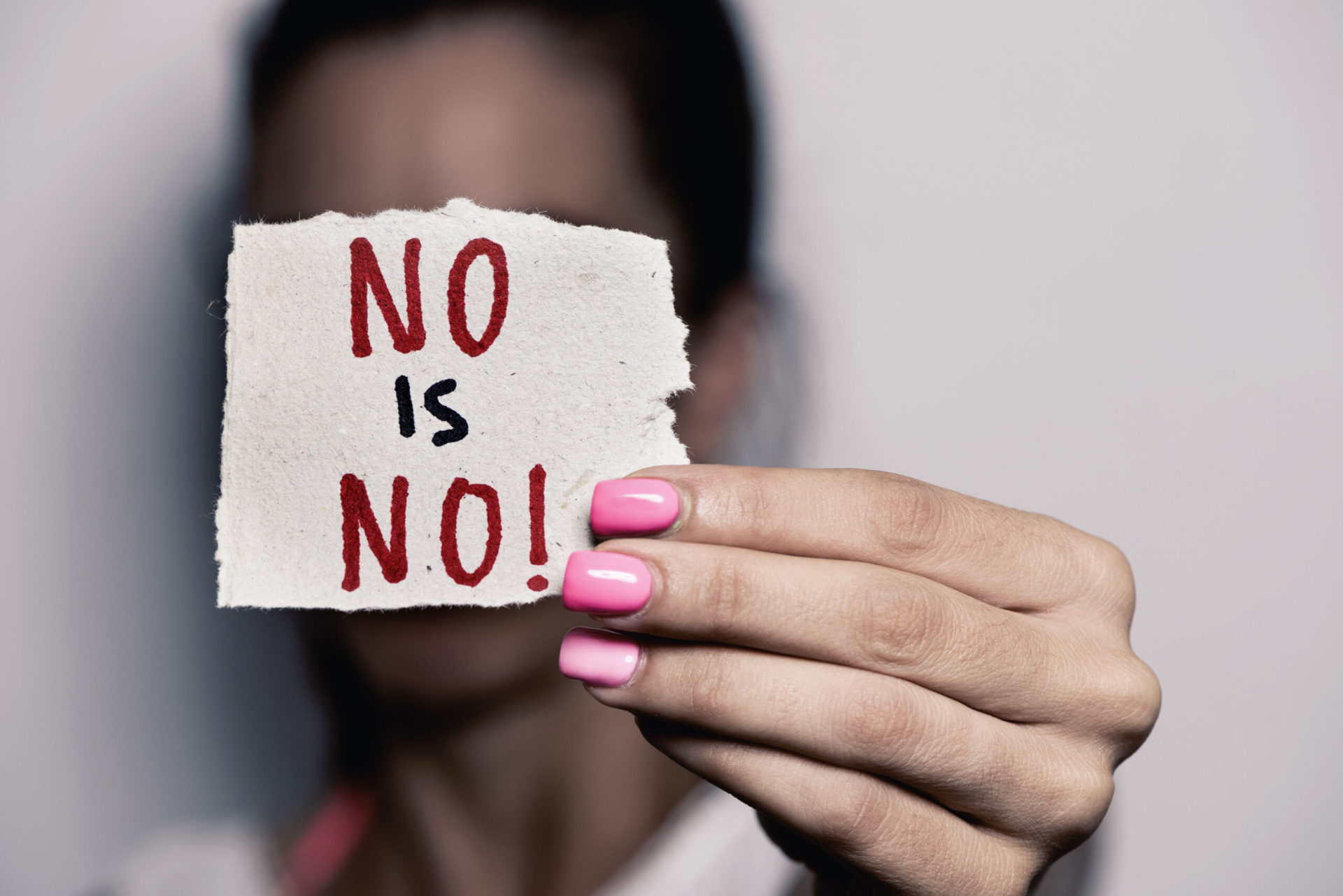 With the overarching concern of preventing sexual violence and a much sturdier expectation of navigating the concept of consent in physical relationships and the unavoidable intersection of gender, this piece aims to deconstruct the present understanding of consent.

The language used to describe sexual violence, and those who experience it, can carry with it particular meanings that are important both symbolically in the field and in legal terminology. For the purpose of this writing, sexual violence entails all crimes as defined in Sections 354, 370, and 375 of the Indian Penal Code, 1860. Consent is to be in legal terms construed to be, “an unequivocal voluntary agreement when the woman by words, gestures or any form of verbal or non-verbal communication, communicates willingness to participate in the specific sexual act” as defined by explanation 2 appended to section 375 (IPC) for the purpose of expounding upon the crime of rape. The research has been based on the critical feminist theory and Michel Foucault’s writings on subjectivity, relationality, and power. A power imbalance between the survivor and the perpetrator is a commonplace practice, however, one that is often neglected when looking at an incident. Power manifests itself as considerable influence in financial, employment or other social fields. They exist as a result of hierarchical systems of power that privilege certain individuals and marginalize others. As academic concepts they can be characterised as patriarchy, white supremacy, casteism, and cis- heteronormativity. When power is complemented with agency to influence decision it becomes authority and may be solely construed to be negative. This phenomenon of power can best be conceptualised as the ‘social hierarchy’. A person with power and privilege, such as a straight upper caste man will be upper in the social hierarchy ladder than a transgender ‘lower’ caste woman. An analysis of the social hierarchy makes it evident that a financial upper hand is often a succession of social privilege. This is why when we talk about consent, we also need to explore the impact of power on a person’s ability to consent in sexual interactions and how power may be misused in and out of private spaces.

However, Foucault, moving away from the Marxian perspective analyses how power works in day-to-day interactions. This interpretation of power allows it to be understood as a productive force rather than an oppressive one. Applying this understanding to his concepts of subjectivity and relationality, that call for situational exercise, to existence of consent in physical relationships helps explain its case specific nature. Focusing specifically of Foucault’s theory of power it can be understood that power functions through supporting or promoting a body of literature about women’s sexuality that says it is not womanly to behave assertively and that maintaining love relationships is what makes women happy, rather than being a force that merely prevents young women from actively refusing unwanted sexual activity. Further, it is important to note that while the above mentioned definition of consent explicitly states women (as in accordance with current legal provisions) the existence of the gender spectrum complicates power dynamics by manifold. More often than not, those who do not recognise as cismen or women face an added layer of disadvantage. This gets translated to becoming vulnerable targets to the use of power in cases of sexual violence.

The notion of power in consent is heavily grounded in the social conditioning of those with privilege. To begin with, the commission of sexual violence is undertaken upon someone who is believed to be weak by the perpetrator. It is unexpected of them to rebel the act. This very idea that an individual is weaker than another on the basis of their gender, employment, financial situation inter alia other reasons expresses the view that the doer assumes to be powerful. Thus, power is in fact, one of the common denominators that perpetrators of sexual violence share. In some cases, not only does power lead to sexual coercion but also leaves a more lasting mark by hindering the survivor from disclosing the incident. This has consequences for the survivors in terms of justice and their psychological wellbeing. In extreme cases, possessing such authority can also lead to physical violence post the commission of sexual violence. A fitting conclusion to this writing on an experience so personal yet social in nature is a reminder to survivors. Their body and autonomy are not propaganda, their experience not a political pawn, and their story not one to be discussed without their consent. A survivors’ identity goes beyond the confines of victimhood. While the system, and all it consists of, continues to be stacked against them, it is yet again the privilege of agency that helps facilitate change. To fight for being understood may also be ones’ fight to be alive.