Home » Blog » Raising The Age of Marriage of Women in India: A Step Forward or Backward? 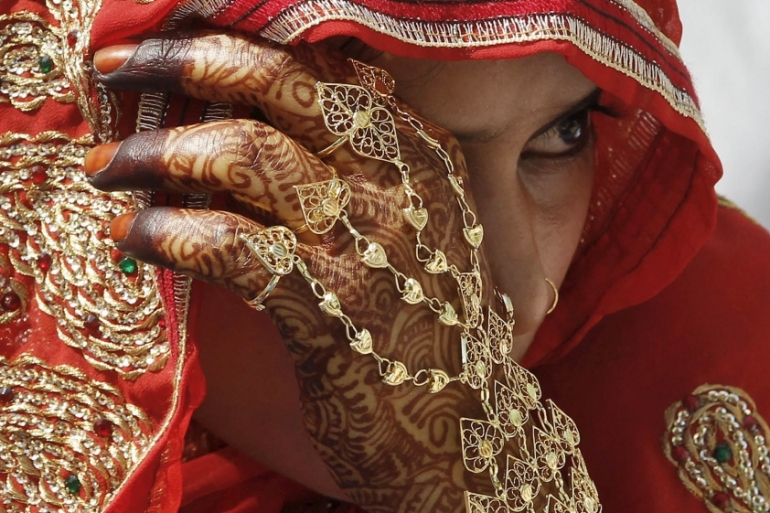 On December 15, 2021, the Union cabinet gave clearance to the proposal of raising the legal age of women for marriage from 18 to 21 years, making the legal marriage age of women at par with the legal marriage age of men. This was done on the recommendation of Task Force report headed by Ms. Jaya Jaitly, former President of the Samata Party, so appointed by the Ministry of Child & Women Development to examine the issue about the age of motherhood, imperatives of lowering maternal mortality rates and improvement of nutritional levels along with other incidental issues in the previous year. Admittedly, the report was prepared after surveying students of 16 universities, where 70% of the respondents agreed that the marriageable age for women should be increased to 21.

Notably, to give effect to the said proposal, on December 21, 2021, The Prohibition of Child Marriage (Amendment) Bill, 2021 was introduced in the Lok Sabha that is now before a standing committee for further scrutiny owing to the protests that it received from opposition parties. Besides, changing the definition of the child, the draft legislation seeks to amend seven personal laws namely the Indian Christian Marriage Act, 1872; the Parsi Marriage and Divorce Act 1936; The Hindu Adoptions and Maintenance Act, 1956; the Special Marriage Act 1954; the Hindu Marriage Act, 1955; Hindu Minority and Guardianship Act, 1956 and the Foreign Marriage Act, 1969. Further, it declares that provisions of the Act shall have an overriding effect over every other law, custom, usage or practice governing the parties concerning marriage. Above all, it makes the amendments effective, to the age of marriage, two years from the date the Bill receives it receives Presidential assent.

Even though the proposal as well as the draft legislation sounds progressive prima facie, the moot question here is what are we aiming at when we are raising the marriage age of women? The statement of object & reason of the draft legislation is vocal in affirming that the Bill aims to address the issues of women holistically and should be seen as a measure for the empowerment of women & gender equality as this is to increase the female labour force participation along with making them self-reliant and enable to make decisions themselves. Further, upon asking to rationalize their recommendation, Ms. Jaitly, the head of the task force who has recommended this change commented, “My understanding is that gender parity, equality and empowerment cannot start if there are some age differences. If the voting age is the same then marriageable age should also be the same. Some of the voices said that it looks as if women are just supposed to stay at home and produce children and need not be allowed to study and add to the national wealth of the country. It is not fair for girls to get tied up. The only way we can stop girls from becoming a financial burden is to help them earn.”

While this move seems to be a positive one for women in India that will allow them to pursue their career first and get married and have children later, digging below the surface reveals a huge expectation-reality mismatch. By raising the age of marriage of women, can the law now completely stop underage marriages? Is it practically possible? In other words, law alone has never been sufficient to control the age at which people marry their daughters. While marriage of minors is a complete no-no, this move of the Government to introduce a Bill for raising the age of marriage without inserting any provision for penalty for its violation, seems but an empty exercise, perhaps politically motivated. Infact, a close analysis suggests that the upward revision of marriageable age will widen the net of law-breakers and create more problems than solutions.

It should be noted that all across the world, 18 years is ideally taken as the age of majority. Article 1 of the United Nations Convention on Rights of the Child, 1989 affirms 18 years as the majority age. Moreover, according to scientific and psychological principles as elaborated by Mr. Laurence Steinberg, the human neurobiological maturity is reached at different ages, as different brain systems mature along with different time tables, and different individuals mature at different ages and different rates. As per these psychological and behaviourist theorizations, children by the age of 16 to 18 years develop their full cognitive abilities. Thus, there seems no point in raising the age of marriage for women to make it at par with the age of marriage age of men.

Statistics show that India is home to every third child bride in the world and that now if the age of marriage in India is raised as 21 years, about 35% of women would get married before that. Thus, there is not even the slightest possibility that by pushing up the age limit, the law-breakers would suddenly experience a change of heart.

Further, in the queue of problems, the most controversial and complicating gap of the ‘void ab-initio’ clause is still unresolved. As a matter of fact, the present Prohibition of Child Marriage Act, 2006, views underage marriages as voidable at the option of the minor party, thus having no legal validity and therefore “void” only if the minors challenged it. A valuable aspect of the law is thus the right of the minor to repudiate or annul the marriage even after she turns major. The proposed amendment will also not make child marriage, in its present form – void, at the outset, and it will continue to remain voidable at the option of the contracting party who was a child at the time of the marriage. In this regard, various experts associated with the cause have also expressed their concern. For instance, Vikram Srivastava, founder of “Independent Thought” and Convenor, Campaign against Child Marriage, commented that “It is unclear how this increase in age would resolve or restrict solemnisation of marriage if it remains to be valid.” Similarly, another expert, Dr. Renu Singh, Country Director, Young Lives India, has criticised the proposed draft legislation on account of having no amendments to make child marriage void.

Thus, when taken in totality, the fate of this proposal reminds us of the words of Hon’ble justice late V. K. Krishna Iyer, who once aptly commented that “The law which cannot be implemented is a satanic law and the same must be scrapped out.” The present proposal seems to be full of practical impediments and technical loopholes, and therefore will achieve precious little, even if passed.