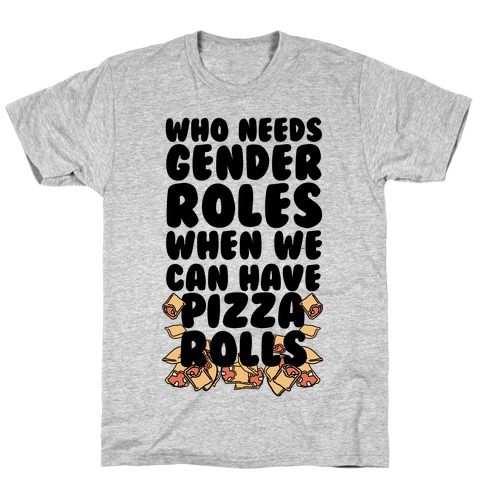 Above is the cliché that each one of us has mandatorily heard several times in our lifespan. There is no doubt that the dress we wear is layered with many gender-specific meanings and it is disheartening to note that like every other thing even our apparels are categorically stereotyped as traditional masculine and traditional feminine. However, this was not the case from the very beginning and again in recent times, we as a society have realized that gender identity isn’t just restricted to a black and white concept and the same goes for apparel & fashion. In an academic paper, Eicher and Roach aptly pointed out that “dress is both a repository of meanings regarding gender roles and a vehicle for perpetuating or rendering changes in gender roles.” It is true that in this twentieth-century people no more necessarily associate pantsuits with men and high-heels with women but have you ever wondered if this was the trend from time immemorial or it is just a recent development? Also, how far fashion has been a catalyst for bringing social change discarding this toxic rationality of stereotyping apparel on the ground of gender is an important question to ponder upon.

Gender stereotypes are rigid ideas about the behaviour and roles of men and women in society. Similarly, ‘Traditional masculinity’ and ‘traditional femininity’ are defined as relatively enduring characteristics encompassing traits, appearances, interests, and behaviours that have traditionally been considered relatively more typical of women and men, respectively. The attributes aligned with masculinity and femininity are socially constructed; they are neither set in stone nor based on any scientific foundation. They are created through cultural norms and are based on tradition. Probably this is why the girls’ aisle is often awash in pastels, sequins, unicorns, and princesses on one hand and the boys’ aisle is grounded in blues, greens, dinosaurs, and trucks on the other hand. This confirms that the clothes we wear have the politics of gender, privilege and class associated with it. And while it’s safe to say that gendering clothing is arbitrary on the want of any logical justification, it’s a trend people never seemed to shake. This is probably because the peculiar quality of tradition lies in the fact that they are extremely hard to break or change or even question. Nevertheless, it is indispensable for societal growth to have a discussion over them and change them if required. Particularly in the context of clothing, we must acknowledge that when one’s choice for apparel is denied by social structures, customs and deeply entrenched class hierarchies, in essence, it is our autonomy and individuality that is denied.

A LOOK BACK IN TIME

Historically it was presumed that female clothing has been designed to be more decorative than functional. Dresses, jewellery, and makeup have been classified as solely feminine, and suits and shirts as masculine exclusively. Pockets were absent from female clothing because the male counterparts were expected to carry money and belongings. Trousers are another great example of such notions as were considered a male-only garment until the turn of the last century.

However, this was not the case since the inception of society. One would be amazed to note that the notion that blue is for baby boys and pink for baby girls has not always been the case. Paoletti and Kregloh (1989) discussed how the colour “rule” in 1918 was pink for the boy and blue for the girl as then the colour pink was interpreted as stronger and more assertive and blue as more dainty and delicate. However, this colour preference notion was reversed After World War II. Also, during the early 1700s, it was normal for men to wear high-heeled shoes with silk stockings, while long-haired wigs were customary among wealthy men. Research shows that the earliest cultures simply regarded cross-dressing as one variation in human behaviour, whereas men and women belonging to indigenous tribes often dressed the same. In fact, at times, skirts were worn by both men and women in many of humanity’s most ancient civilizations because of being cost-effective & comfortable.

Clothing was initially shaped in organic ways keeping in mind the functional aspect of the same. The gender rules of clothing then transformed after the Middle Ages, when people went from rocking tunics to caring about the aesthetics of their outfits. The Victorians amped up gender distinctions from simply being the difference in hemlines, men’s tunics were traditionally knee-length and women’s to the floor, to assigning gender stereotypes to specific pieces of clothing. Men were seen as serious, sober breadwinners so they wore classic three-piece suits. Women, on the other hand, were regarded as frivolous, superficial and silly so they wore flouncy and embellished dresses.

In today’s world, the stereotyped apparels lines are getting blurrier and blurrier and the dated hetero-normative approach to fashion is slowly changing and a more inclusive, gender-fluid ideology is taking its place. The demand for genderless fashion is increasing. A notable academic paper titled, ‘Deconstruction of Gender Stereotypes through Fashion,’ points out that “…today’s fashion revolutionaries are not interested in feminizing men or emasculating women. Fashion wants to eliminate those labels. This means fashion wants to deconstruct gender stereotypes in the context of wearing styles. Also, this means that the fashion is aiming to blur the masculine/feminine divide because of an idea which argues that garments have no gender.” Brands like Telfar, Gucci, Harris Reed, Nicopanda and Rad Hourani are already making non-conformist fashion mainstream. Besides, fashion shows are also playing catch-up as they slowly adapt to showing a gender-fluid format. The contribution of renowned men in the spotlight like singer Harry Styles, musician Jaden Smith, actor Billy Porter & Ranveer Singh embracing pieces of androgynous clothing should not be overlooked. On one occasion, Nick Paget, senior analyst at World Global Style Network, tells “the notion that clothing as an expression of our personality belongs to one gender or another is the social construct that needs disassembling.”

There could be no denial that apparel has turned into the means to showcase fashion sense now for the sole reason to promote individuality. It encourages one to make style choices that work for one instead of following trends. It is bi-dimensional with the need to be independent and free of societal expectations. And when society perpetuates the idea that fashion is gendered, it ultimately only hinders one’s ability to not only develop one’s style but also the ability to genuinely show who one is. Thus, it is pertinent to allow anyone, regardless of their gender, to be free to wear what one wants to wear. These days fashion taking up the mantle to dispel the outdated toxic rationality and help people embrace styles that dispel gender stereotypes. Thus, it can be safely concluded that ‘gender is no longer just limited to male and female — or pink and blue — but is now a spectrum of non-conforming identities and fashion is beginning to reflect that.’

Women In Our Country