Home » Blog » Nykaa – The Star of Every Woman’s Life 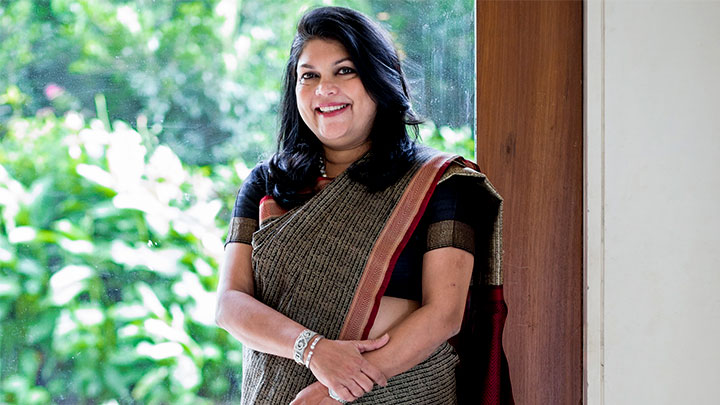 Nykaa was worth $2.3 billion as of 2021 bringing Nayar’s fortune to an estimated $1.1 billion. Nayar is one of 2 self-made female Indian billionaires, the other being Kiran Mazumdar-Shaw. Nykaa listed at $13 billion on Nov 10 2021 making Nayar India’s richest self-made woman and is now among India’s top 20 richest people.

Falguni hails from a Gujarati family, but was born and brought up in Mumbai. Her father was a businessman and ran a small bearings company, assisted by her mother.

The startup has since grown into the country’s leading beauty retailer, buoying online sales with demo videos by glamorous Bollywood actors and celebrities and more than 70 brick-and-mortar stores. Nykaa, derived from the Sanskrit word for heroine, sells items including exfoliation creams, bridal make-up essentials and hundreds of shades of lipstick, foundation and nail color to suit Indian skin tones, skin types and local weather.

Nayar owns her company stake through two family trusts and and seven other promoter entities. Her Ivy League-educated daughter and son, who run different Nykaa units, are among the promoters.

While Nayar is India’s richest self-made female billionaire, Savitri Jindal, who controls the OP Jindal Group conglomerate founded by her late husband, is the nation’s wealthiest woman. Her fortune is valued at $12.9 billion, according to the Bloomberg Billionaires Index, a ranking of the world’s 500 richest people.

A graduate of the Indian Institute of Management, Ahmedabad, Nayar spent a bulk of her career at Kotak Mahindra Capital Co. When she left in 2012, she was the managing director and head of its institutional equities business.

Born and raised in a Gujarati family, her father ran a small bearings company, assisted by her mother. The household chatter revolved on investments, the stock market and trade. “Plus, I’m Gujarati,” she said in a 2017 interview. Entrepreneurship, it seems, was in her blood.

How did she get here? Well, on her own.

Nykaa, in its early years, was funded entirely by Falguni Nayar and her husband Sanjay Nayar, the chairman of private equity major KKR & Co. in India. The focus was on building an inventory-led business, as she said in a 2017 interview to The Economic Times. “The company ran on family funds for two years because I didn’t want to raise money. I wanted to make the metrics happen,” Nayar had said then. “We had good momentum by the time I went to investors. We had access, since my husband and I were both bankers.”

The company turned unicorn only in March 2020, after just five rounds of funding—of which only three involved institutional investors. Nykaa is also profitable—a rarity among Indian startups.

Becoming an entrepreneur at the age of 50 is not easy especially when one’s target audience is Generation Z and Millennials. However, Falguni Nayar has defied all stereotypes. Nayar has inspired all those women who dare to dream for themselves and has inspired each of them to be the Nykaa of their lives.

Nayar has proved that women can not only become job seekers rather job creators as well through entrepreneurship. After seeing a woman accomplishing success at such an age is not only an inspiration to the Millennials and Generation Z but also to the women who dreamt for themselves but could not work towards the same.

In 2020, Nykaa also collaborated with Netflix and launched a campaign “Beauty in her story” which celebrated powerful stories of women. The campaign kick-started with films Gunjan Saxena: The Kargil Girl, Dolly Kitty Aur Woh Chamakte Sitare and series Masaba Masaba.

Building on this founding value of empowerment, Nykaa encourages every woman to take up challenges and push themselves beyond boundaries. With the collaboration of Netflix, Nykaa will bring out the beauty in the stories of strong women who have dared to pursue their dreams.

The Prevention Of Sexual Harassment At Workplace Act, 2013 Along With Its Amendment