Home » Blog » The Prevention Of Sexual Harassment At Workplace Act, 2013 Along With Its Amendment 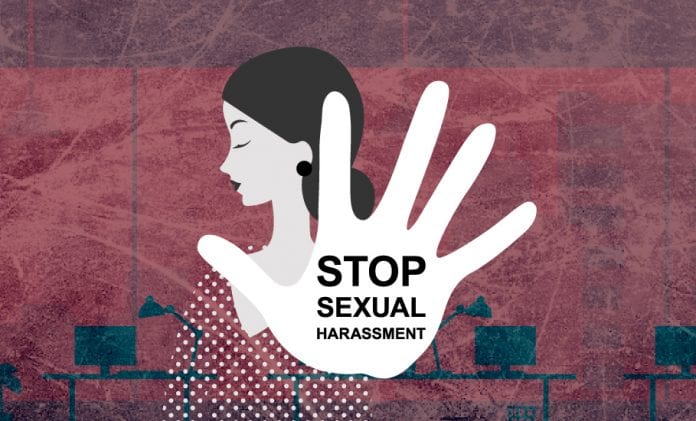 By Meenu Padha and Aastha Sharma

With the advancement in the world, India has seen a change in its working culture. Today, men are not the only breadwinners. Women also walk shoulder-to-shoulder with men when we talk about their earning capacity in a family. However, statistics reveal that a lot of women remain subject to sexual harassment which hinders their professional, social and economic growth.

Sexual harassment at the workplace is a violation of fundamental right that is enshrined in the Constitution of India. It hampers the right to equality and the right to life for a woman, when she is suppressed due to sexual harassment at workplace. Therefore, to curb the same, the Parliament had passed the Sexual Harassment of Women at Workplace (Prevention, Prohibition and Redressal )Act, 2013 and there also have been amendments made under the Criminal Law (Amendment) Act, 2013. Earlier for this, the only option that women had was to file a complaint under Section 354 which amounts to sexual assault against women and Section 509 which stated about the punishment when an individual questions the modesty of a woman.

The case of Vishakha v. State of Rajasthan (AIR 1997 SC 3011) was the first case which started a discussion on sexual harassment at workplace and brought it into broad day light. In 1992, Bhanwari Devi, a Dalit woman employed with the rural development programme of the Government of Rajasthan, was brutally gang-raped on account of her efforts to curb the then prevalent practice of child marriage. This caught the eyes of women right’s activist and NGOs who then, filed a Public Interest Litigation in pursuance of the same in the Supreme Court of India. India had signed and ratified the Convention on Elimination of All Forms of Discrimination of United Nations, 1979 which has been adopted by the general assembly of the UN. Therefore, this convention was used for laying down the ‘Vishakha Guideline.’

What Amounts To Sexual Harassment?

The judgment passed by the Supreme Court in Vishaka, clearly explained what constitutes sexual harassment. According to the judgment – an unwelcoming sexual behaviour, direct or indirect, including physical contact or advancement, sexual remarks, showing pornography or other verbal or non-verbal sexual conduct would amount to sexual harassment. In furtherance to this, if any of this fear arises out of an employee-employer relationship then it will be regarded as sexual harassment at the workplace. This creates a sense of discrimination amongst the women as they feel that if they resist, it can hamper their position in the organisation.

Therefore, the main component of sexual harassment is linked with the concept of ‘Quid pro quo’ which means this for that. If we connect it with the topic that we are dealing with, it would mean that the woman will be benefitted professionally only if she accepts the sexual favours that are asked by the respondent. Usually, the respondent is the person in power. This definition also includes the creation of an intimidating and hostile environment. However, as there is a very thin line when it comes to explaining the hostile environment, the burden lies on the internal committee to decide.

The internal complaints committee is explained in section 4 of the POSH act, 2013. It includes a minimum of 4 members. The presiding officer has to be a woman who is at a senior level and has to be from the side of the employees. The next two members have to be from the employees and should be committed to working for the women along with having legal knowledge or experience in social work. There also has to be an external member who is associated with an NGO which works for the upliftment of women. However, according to the latest amendment, the Internal complaints committee is now known as the Internal committee. Similarly, under section 6 of the act the “local complaint committee” is replaced by “local committee”.

It is mostly seen that when it is a complaint filed for harassment at workplace, the respondent usually pleads that he did not have any intention to sexually harass the woman rather it was just a malarkey. Therefore, in the case of Dr. Punita K. Sodhi v. Union of India, (W.P. (C) 367/2009 & CMS 828, 11426/2009),  the Supreme Court held that the view point of men and women have to be analysed deeply in such cases. Men might consider some comments to be unobjectionable although, they might be lewd for a woman. Men are rarely a victim to sexual harassment and therefore, it becomes tough for them to draw a line between harmless social interactions and sexual harassment at workplace.

What Constitutes To Be A Workplace?

Section 2(o) defines it as – anywhere an employee visits during its due course of employment and also includes any transportation facility that is provided by the employer for commuting purposes. There have been numerous cases where the respondents have argued that they were not at their workplace when they were alleged to do the act of sexual harassment.

One such case is Saurabh Kumar Mallick v. Comptroller & Auditor General of India, where the respondent was facing disciplinary actions for harassing a woman senior officer. He contended that he was not at his workplace when he was allegedly indulged in sexual misconduct and was in the officer’s mess. To this, the High Court held that to exercise the Vishakha guidelines to its true sense, it is important to realise that the meaning of workplace has to be understood with a wider ambit. With the development of technology, video conferences have also become an important portal for conducting business. Considering the above, there were a few points given for further explaining the meaning of ‘workplace’-

It is a place where there is –

Therefore, under this case, the court had held that it was sexual harassment at the workplace.

The reason for every act is to create a sense of deterrence in society. Section 25 of the Act mentions the punishment for both employees and employers who are indulged in sexual harassment at the workplace. It mentions that the organisation would depend on the service rules that they have created for the same. The compensation would be deducted the from respondent’s wage and given to the aggrieved woman. Here, the most important question is how is the compensation decided? For the same, section 15 has laid down a few pointers-

However, the process of conciliation cannot be used to make any monetary settlement.

The recent growth in the Act was when the Department of Women Development and Child Welfare issued a notice that any company in Telangana which has 10 members or more to have a State Shebox portal by July 15, 2019, to keep a closer eye on the regional issues. A similar note was launched by the Maharashtra government which asked for a detailed form stating the internal committee along with its compliance status by July 20, 2019.

The amendment made in May 2016 stated that the job of the IC is not only to handle the cases of sexual harassment but also to prevent any such activities from happening. The IC was asked to formulate an open-door policy where everyone to report the issues comfortably along with a no-tolerance policy for sexual harassment.

“While a murder destroys the physical frame of the victim, sexual harassment degrades and defiles the soul of a helpless woman.”

The development in the POSH act has been new for the labour laws. The analysis of the judgement and the Act is necessary to spread legal awareness around it. The cases of harassment at the workplace are brought into light through the #metoo movement and other campaigns. This shows the awareness amongst the society. It is essential for the HR and the legal teams of the companies to be vigilant while dealing with such issues. As the companies organise camps and workshop to increase the awareness about sexual harassment at workplace. It is also important for the IC to be aware about the latest development in the sector. Therefore, the nation has come a long way to protect the women of the country. However, a longer stretch remains to be covered.

Nykaa – The Star of Every Woman’s Life

The War Against Afghan Women