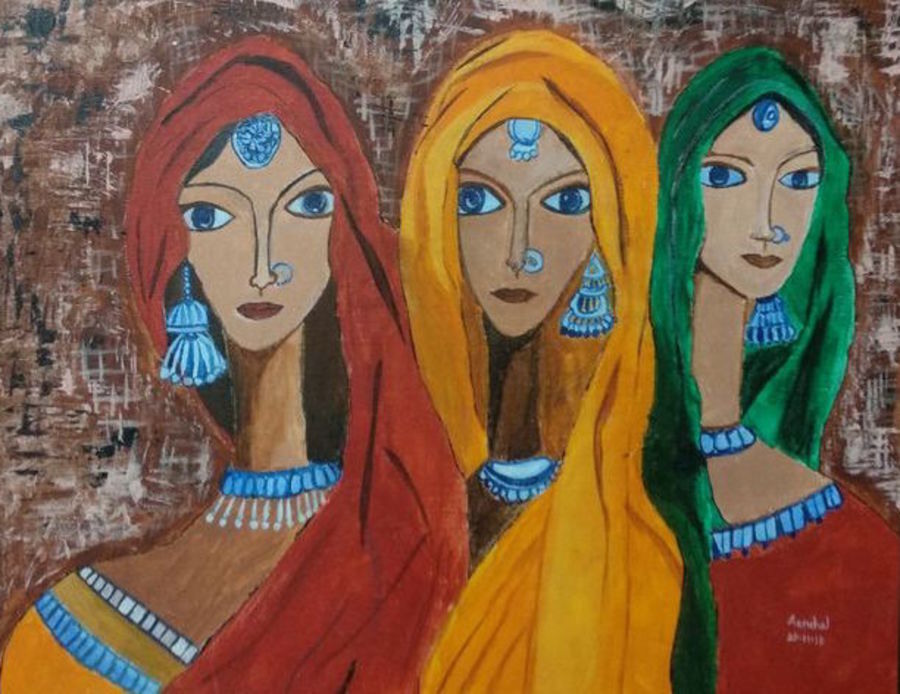 On 3rd October, BJP MLA from Bairia constituency in UP’s Ballia, Mr. Surendra Singh is said to have remarked that rape cases in the country can be prevented only with “sanskaar” (culture and values) and not with “shasan” (governance) or “talwar” (sword) and emphasized the need for parents to inculcate good values in their daughters to prevent such crimes. He said –

“I am also a teacher besides a legislator. Such incidents can only be stopped with the help of good values and not governance and violence. Parents should ensure to instill good values in their young daughters.”

First question that arises is – why is India’s value system so hell bent on teaching values to young daughters but not so much to young sons?

Secondly, why is there always a higher burden of ‘righting a wrong’ placed on girls and/or women as compared to boys and/or men?

Thirdly and most importantly – why is it that men making misogynist and sexist remarks are allowed to go scot free, both legally but also in media (print, TV and social media). And why do enough women not call them out?

Is it because of women’s ‘sanskaars’ that most trolls online are men – saying whatever comes to their mind and often resorting to vile threats, injuries, and even rapes openly to put their points across? But then off late, sexism is not limited to ordinary trolls. Consider this –

Markandey Katju, Former Judge of the Supreme Court, who has attracted the irk of activists before for his sexist comments, recently had this to say on the Hathras gang rape – “I condemn the Hathras gang rape, and call for harsh punishment of the culprits. However having said that there is one aspect which also needs to be considered. Sex is a natural urge in men. It is sometimes said that after food, the next requirement is sex. In a conservative society like India, one can ordinarily have sex only through marriage. But when there is massive and rising unemployment, a large number of young men cannot marry (as no girl would ordinarily marry an unemployed man).”

To let go off these comments is to let misogyny rain unbridled. If someone like a former Judge of the Supreme Court could get the logic of why rapes happen – so wrong, and may go on to justify it publicly – suggests the deeper rot existing in the Indian society.

But why do enough women not object to this, not call this out – not speak up? Why is that half a billion of Indian women continue to act like ‘dumb dolls’ never speaking up for their own rights nor supporting other women who speak out fearlessly. There is a broad generalization here and there are exceptions ofcourse. There are women who have fearlessly chartered their path to the higher echelons of power, who have spoken up against all pressures, who have helped bring women’s cause in India to where it is today – but these are still few, and in any case far too less given the total number of women in India. Even when some women do reach a certain credit-worthy, respectable, or desired position in their lives, very rarely do they seem to openly come out in support of other women.

Case in point is the recent allegations of several celebrities consuming drugs. Now without going into the merits of the case and dealing with the question of – whether or not they consumed drugs – one pertinent question is: why is that women across India were singularly targeted in what seems a concerted misogynistic propaganda? Aren’t there enough male actors who may be similarly accused of consuming drugs – but why did media or investigating authorities not point them out or go after them? Besides, while investigating cases of drug abuse, why should the media houses be allowed to openly indulge in character assassination of these women – giving insensitive details of who these women are sleeping with or hanging out with or how they have connection with ‘foreigners’ – thus painting them in a light that will dent their images, irrespective of the legal outcome in their particular cases.

Some women do call a spade a spade – and take legal action where required pressing defamation charges but most women continue to be a victim of it, for e.g. Richa Chadha recently filed a defamation case against Payal Ghosh but the tardy and expensive legal system in India, is a major cause why a lot of women do not go that route.

As per the latest NCRB Report, the number of crimes against women are only increasing but there is still no nation-wide call for an appropriate response and requisite reforms to deal with these increasing numbers head-on and to take effective and measurable steps towards addressing them. As per the 2020 NCRB Report, a total of 4,05,861 cases of crime against women were registered during 2019, showing an increase of 7.3% over 2018 (3,78,236 cases). Majority of cases under crime against women under IPC were registered under ‘Cruelty by Husband or His Relatives’ (30.9%) followed by ‘Assault on Women with Intent to Outrage her Modesty’ (21.8%), ‘Kidnapping & Abduction of Women’ (17.9%) and ‘Rape’ (7.9%). The crime rate registered per lakh women population is 62.4 in 2019 in comparison with 58.8 in 2018.

Yet, every time there is a rape incident that catches media attention – there will always be some women organisations, who take a principled stand, and press for justice  –  but ‘JUSTICE’ for women as a community at large in India is not a serious demand by a sizeable population, and therefore every political party keeps ignoring issues pertaining to women.

For a group to pursue ‘justice’ – they first need to come together as one pressure group or interest group to be taken seriously in a democracy. But if women in India act as dumb dolls, happy living their daily lives, without making systematic efforts to come together and press for reforms on several fronts that affect them, then we shouldn’t be surprised if the equal world we dream of remain a distant utopian dream.

Women organisations, NGOs, activists and individuals who are invested in the cause of women empowerment in India need to make efforts and focus on the larger cause of bringing women India together for a major movement for women rights, besides working on the specific issues that they are already working on addressing.

Women who are in powerful positions in Politics, Judiciary, Police, Law, Media and every possible profession need to rise above narrow interests and actively speak up for women’s cause.

You, who are reading this – need to speak up every time you see sexism and misogyny around you.

In India it is assumed that dolls are the favourite toys for a girl child – nobody asks her and she comes to love them eventually. I have nothing against dolls but if half a billion women continue to behave like dolls or are circumstantially forced to behave like one – never able to speak up, even when they need to – then there is something systematically wrong with the society we have created. More importantly, irrespective of which political party is in power, women’s issues will just not be considered serious enough for action and implementation.

While protection of women and welfare of women is an important part of the Constitution – how long will have to wait before these provisions are taken seriously? The case of women in India indeed looks very similar to that of the members belonging to the Scheduled Caste and Scheduled Tribes. While the Constitution of India was based on a concept of annihilation of caste, the number of crimes against them continue. This is what led the Government to pass the Scheduled Castes and Scheduled Tribes (Prevention of Atrocities) Act 1989. While this law in itself has not reduced crimes against SC and ST members in India, they have provided a speedier mechanism for justice and have also provided that certain crimes are cognizable (calling a person by reference to his/her caste). This was possible because members of the SC and ST were able to organize themselves politically.

Similarly, why shouldn’t there be a law that makes misogynistic and sexist comments a criminal offence, while also providing for a Special Court to try all crimes against women, including those already provided under India Penal Code?

To think that – let’s simply wait for the day when men and women are equal in all aspects and there is no violence against a person because of her Gender is just plain wrong.

Infact all of historical developments towards women’s equality has been a history of step by step – movement towards ensuring effective and special laws in place. These ‘special’ measures do not indicate that women are special in some way – or more than men, but infact that since they are equal to men, but haven’t been treated equally, we need correcting measures to bring about this equality.

This will foremost require women to stop looking over their shoulders and hope that someone else, around them will be their saviour. What we need today is a half a billion mutinies – and this will not be a loss of women’s sanskaar – but sanskaars put to the right use – albeit first time in India’s long history.

What Sanya Malhotra’s Character In “Photograph” Teaches Us About Love?

It’s Time That Women Are Paid For Their Household Work

The War Against CORONA : A Healthcare-Worker’s Perspective