Home » Blog » Feminism At A Crossroad: Is Intersectional Liberalism The Way Forward? 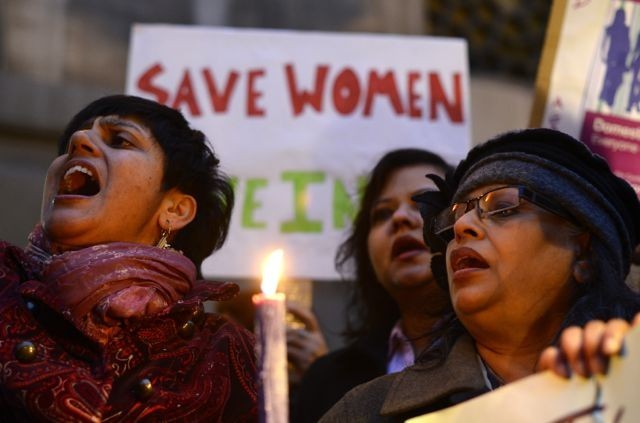 “A feminist is anyone who recognizes the equality and full humanity of women and men.”
― Gloria Steinem

Feminism has been around for a while and it has significantly changed the blueprint of the world we live in. Throughout history, there have been several waves of feminism. The article deliberates on the possibility of a new wave that incorporates the best of both worlds : intersectionality and liberalism.

The movement began in the 1830s with the focal point being women’s suffrage. Women realised that in order to achieve equality they had to attain a certain amount of political power. This is widely known as the first wave of feminism. The highlight of the first wave was mainly that women received the right to vote.

The second wave began after World War II in the 1960s and lasted till the late 1980s.. Feminists now shifted their focus to sexual and reproductive rights. They fought for autonomy over their bodies and abortion rights and helped in legalising contraception. The second wave also focused on workplace and wage inequality.

The third wave which began in the early to mid 1990s was headed by women who already had the rights that the previous waves granted them and now wanted it all. They identified the legacy of their predecessors but were also quick in criticizing them and pointing out their limitations. The movement began to radicalize and diversify and spread into mainstream media and pop culture. Women started to reclaim slurs like ‘slut’ and this led to the inception of slutwalks.

While there are many schools of thought and waves, the core belief of feminism is that women should not be treated as second grade citizens when compared to their male counterparts. Postmodern feminism has reinvented itself into a fourth wave of intersectionality or intersectional feminism- a theory of social justice and feminism that tries to understand inequality and oppression through a multi-dimensional lens.

Civil rights activist Kimberlé Crenshaw has stated on multiple occasions that if we aren’t intersectional, the most vulnerable of the lot are going to fall through the cracks.

In critical theories, intersectionality is a notion used to characterise the ways in which oppressive institutions (racism, sexism, homophobia, transphobia, ableism, xenophobia, classism, etc.) are intertwined and cannot be independently investigated. Intersectional feminism recognises that no individual or identity exists in a vacuum and our individual socio-cultural backgrounds affect the way things like laws and policies affect us.

When translated into Indian context, it means that Muslim women suffering from the consequences of bigamy, or economically underprivileged women without access to sanitary pads, suffer far more than majority-class women residing in upscale neighbourhoods of metropolitan cities. Second, and maybe more importantly, the evil of caste enters the picture as well. Women from Dalit bahujan communities are oppressed on three levels by men from their own communities, savarna men, and savarna women.

With a simultaneous rise of the liberal feminism movement, many question whether its principles even adhere remotely with the principles of intersectional feminism. While some argue that a fifth wave is on its way, and the two do not gel together, I believe there is more in common than what is apparent.

Bigotry is possibly the most blatant breach of individualism. So, it is only natural that the first thing that comes to mind when we think of both the movements, is the common condemnation for it. The very core of the liberal feminist movement is the celebration and protection of individuality and a demand for minimum government interference in the process. Ultimately, it is this very belief in individualism that contributes to the dismissal of the idea of gender roles or any other stereotype that restricts individual choice. This involves racial, cultural, and sexual stereotypes and other community stereotypes of individuals. The focus on individuality rather than collectivism makes sure that no individual or minority “falls through the cracks”.

Jacob Levy draws a one of a kind parallel between the two movements in his essay. He argues that intersectionality is important to explain how a policy or social order can harm individuals defined by their intersectional identities more than those who are not defined by such an intersection.

Intersectionality only broadens the libertarian outlook further and gives tremendous insights into issues that otherwise tend to be overlooked. For instance, when advocating for open borders, most liberals often focus on the loss of employment caused by closed borders; the theory of intersectionality, on the other hand, focuses on how limits on migration impact doubly marginal groups, such as women of colour. Not only are women of colour deprived of economic opportunities, but they are also left with the strenuous task of raising children with little to no money on their own when it is difficult for a father to be with his family due to migration restrictions.

A combination of these two, can help resolve the loopholes that exist currently. If there is to be a new wave, it must combine the best of both the worlds. The liberal theory’s regard of individualism and disregard of government oppression and intersectionality’s indispensable insight into the complex structure of various cultures and societies and the multiple levels and layers of oppression; when placed together, give rise to a refined lens to investigate patriarchal oppression.

Movements are made of people. People have biases. The need of the hour is to unlearn them and I believe intersectionality provides us with the means of doing the same. Feminism still remains restricted to women with unlimited access to resources like the Internet, a free and equitable judicial system, and social aid. It continues to be just another ambiguous and incomprehensible word for women who are either forced to drop out of school to be married off or women who are not allowed to pursue education in the first place. No movement can be completely successful until every individual, even the most oppressed, is liberated. It is like Audre Lorde said, “I am not free while any woman is unfree, even when her shackles are very different from my own”.

Deeksha Tiwari is currently pursuing her degree in law at NMIMS School of Law, Navi Mumbai. She is a part of Students for Liberty’s first cohort of Fellowship for Freedom in India.