Home » Blog » There Are Communists in the Funhouse, Aunt Flo Has Entered the Chat and, Nations Across the World have been Swept by the Crimson Tide 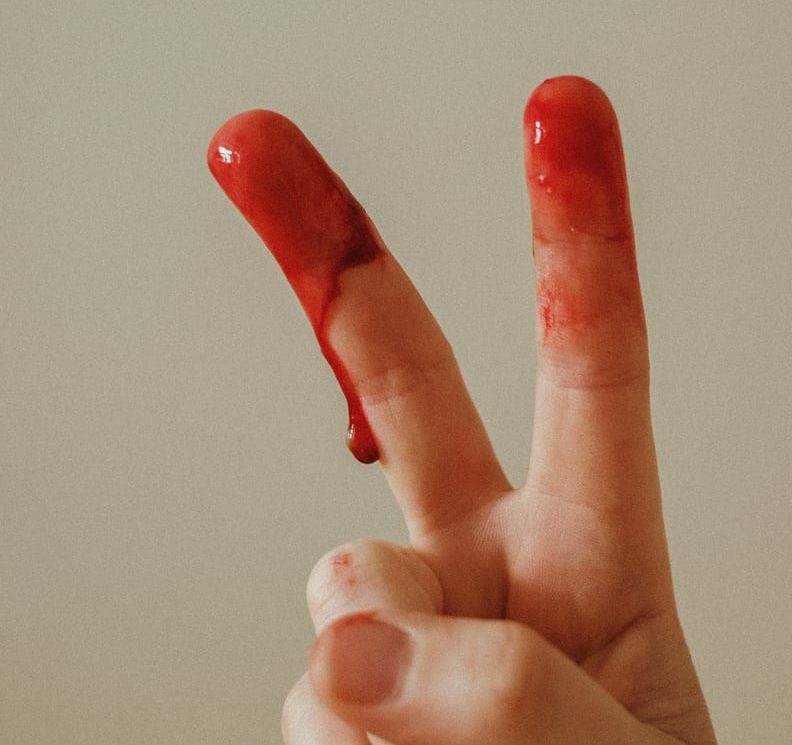 Pragya Jain discusses #MenstrualRights over the world and some hilarious euphemisms

Sitting down to write this piece has been quite a delight, especially when the quest to find an appropriate title ended at daybreak with a bout of hushed laughter shared with my laptop screen. Oh Internet, you beauty! A curious study titled “Talking about periods: an international investigation findings” conducted by Clue with The International Women’s Health Coalition in 2016 caught my eye. It sought to understand international period perceptions and one of the key findings remained that Menstruation was still far from being a topic of common parlance and was thus emphasized to make it palatable. The Report discovered as many as 5000 euphemisms for the word Period, mind you, each exceeding the other in the overall hilarity. I must say – Denmark remained my personal favourite with the clever “Der Er Kommunister i Lysthuset” (“There are Communists in the funhouse”). Appreciation for the French is necessitated for their clever historical nod by using “Les anglais ont débarqué!” (“The English have landed!”) to refer to the bloody battles and the Red of the English during the napoleonic wars. While the English speaking diaspora remained a tad less creative with “Aunt Flo” and “Crimson Tide”.

Hilarious though they may be, the pertinent fact remains – the 2016 study found that women resorted to such euphemisms as a response to the stigma that still surrounds menstruation. These euphemisms are testament to how far this stigma can go and manifest in other forms. The one I seek to particularly address is Period Poverty and the attitude of law-makers and general populace towards the needs of persons that menstruate.

Period Poverty is quite obviously a transcontinental issue. It is a mighty impediment for unemployed or underemployed persons that menstruate trying to break back into the workforce, or such persons seeking educational opportunities. If they can’t afford pads and tampons, they might have to miss interviews or days on the job. A look at developed countries like the USA tells the tale of how menstruating persons still struggle to afford menstrual hygiene products as a result of dozens of states still implementing a “pink tax” that treats period products as luxury goods, adding an extra fee to every purchase.

In India following the widespread uproar caused due to levy of taxes on menstrual hygiene products, sanitary napkins in particular were exempted from GST in 2018. While the move was hailed as empowering, the need for a deeper look into the ramifications of such a move is necessary. Quite noticeably, the prices of such essential items remain the same, the obvious question that comes to the fore is – where has the impact of such benefits landed? While the tax levy on the final product may have been exempted – the inputs (raw materials) are still taxed. This implies that  the manufacturer will not be able to avail the input tax credit thereby it follows that a reduction in the rates of such hygiene products will be meagre. In simpler terms, it means that the manufacturer will pay the input tax but wouldn’t get the tax credit back. Thus, with no considerable difference in the manufacturing cost, the manufacturer will be restricted and thus the benefits that can be passed down to the consumers will hardly translate into anything substantial. Which directs our attention back to the original problem – households that were previously unable to access sanitary napkins will still leave it on the aisles of the local stores. The host of diseases that such inaccessibility further translates to is enough to bring a chill down anyone’s spine.

So what do we do? Maybe drawing inspiration from countries that have recently taken sweeping steps to ensure that menstrual hygiene products are indiscriminately available across public institutions and assessing their feasibility in the Indian context would be the way forward. For example, members of the Scottish Parliament unanimously passed The Period Products (Free Provision) (Scotland) Act which makes it legally mandatory for all public institutions to provide period products, including tampons and pads to all those who need them. Never mind the economic costs on the state for such a move! While such decisions come at great economic costs, evidence that carefully demonstrates why such costs will be offset by the long-term increase in workforce and the consequent increase in contribution also exists.

Another debate that dominated the Indian discourse recently surrounded Zomato’s decision to introduce menstrual leave for its female and transgender employees. The CEO Deepinder Goyal in an email to employees announced, “Zomato understands that men and women are born with different biological realities. It is our job to make sure that we make room for our biological needs, while not lowering the bar for the quality of our work and the impact that we create.” The move received mixed reactions from the public – with renowned Journalists such as Barkha Dutt speaking out against the policy while on the other end of the spectrum, political organizations such as AIPC launching petitions to call for such measures to be instituted in all Public and Private enterprises. The move has triggered a pointed debate among persons that menstruate themselves on whether this is a progressive move, mere tokenism, or a regressive move.

While arguments can be made in equity, emotion and, acknowledging the regressive notions that come with instituting something that has been historically used to disadvantage women in the workforce, a look at statistics also demands a mention. “Delivering through Diversity”, a study undertaken by McKinsey and Company shows that greater gender diversity has set companies ahead than the ones that don’t. “Companies in the top-quartile for gender diversity on executive teams were 21% more likely to outperform on profitability and 27% more likely to have superior value creation. The highest-performing companies on both profitability and diversity had more women in line (i.e., typically revenue-generating) roles than in staff roles on their executive teams.” Julia Wuench, writing for Forbes, puts it quite succinctly, “enabling and empowering women to stay in leadership positions is statistically proven to improve profits, and having concrete, inclusive policies in place opens more job opportunities to women and members of the transgender community.” It is undeniable that employees that feel heard and valued are more likely to stay and perform well in their roles, hence boosting the growth of the company.

Instituting a cultural change around Menstrual Leave policies by acknowledging the biological fact is the first step. The logical way forward would be to harmonize the interests of the diverse groups that are present. A systemic change, perhaps in the form of overall leave policies can be effected to acknowledge the needs and realities of all such groups.

But the starting step I reckon should be chipping away at the wall that stigmatization creates barring access to the world and the possibilities it has to offer for the persons that menstruate. With a bulldozer. Period.