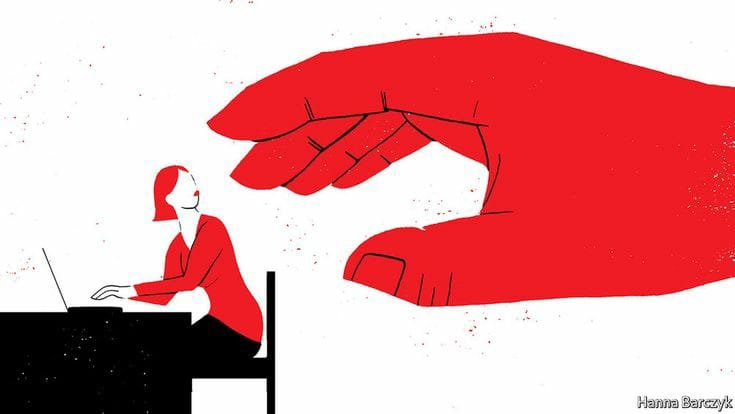 Globally the last decade has seen positive steps been taken towards gender equality and prevention of gender violence at the workplaces, which peaked with the #MeToo movement. India saw the enactment of the Sexual Harassment of Women at the Workplace (Prevention, Prohibition and Redressal) Act, 2013 [popularly known as the POSH Act] to provide safer workspaces for women. In today’s uncertain times, dialogues around gender equality especially safer work spaces, have been become more pertinent. The earlier goals of safer work spaces, equal access to opportunities in education, health care, occupations, equal pay etc. have been supplemented with new challenges.

One such challenge is the merging of the home-space with the work-space. Many believe that work from home will be the new norm, with several companies asking majority of their employees to work out of their homes. Question arises whether the protections granted under the POSH Act against sexual harassment at the workplace will be extended to persons working from home as well? Then there is also the question of violence at homes, which have seen a spurt in some parts of the country.

In order to answer these questions, let us examine the June 2019 Convention and Recommendations of ILO on “Ending violence and harassment in the world of work” which will shed some light in this direction.

International Labour Organisation (ILO), first specialized agency of the UN, set up on 29th October, 1919, celebrated its centenary last year. The June 2019 Convention has a wide scope which covers employees, trainees, interns, apprentices, workers who have been terminated, volunteers, even job seekers, in both the formal and informal sectors, in the urban and rural areas. The above definition is similar to the definition of “employees” under the POSH Act, 2013, additionally the POSH Act also includes domestic workers within its ambit. It is noteworthy that the ILO convention does not include domestic workers in its ambit. The Indian POSH Act includes the domestic workers within the definition of the employee, which makes the Indian Act more progressive.

Article 3 of the Convention has broadened the meaning of “world of work” to include any violence and harassment in the course of, linked with and arising out of work, including work-related trips or travel, training, events or social activities; through work-related communications; employer provided accommodation etc. It is reassuring to observe that this definition is similar to the definition of “workplace” under the POSH Act of 2013.

The emphasis here being on (1) the use of various educative tools of training, sensitization and awareness generation at the world of work to break gender stereotypes; (2) fine tuning organizational policies will be required to remove in built gender biases and eliminate discriminatory practices. Chapter VI of the Convention emphasizes and lays down the importance of guidance, training and awareness-raising towards prevention of violence and harassment in the world of work.

Among its many new inclusions, the Convention has, in its preamble, included domestic violence as one of the forms of violence which needs to be prohibited. It has noted that domestic violence can affect employment, productivity and health and safety of the employees and therefore governments and other stakeholders need to address the issue of domestic violence.
In India, the Domestic Violence Act of 2005 seeks to address the issue of domestic violence and is seen as a social legislation, which largely overlooks its impact on the workplace. Workplace harassment on the other hand falls within the employment law domain, requiring stringent enforcement, monitoring and compliance. In today’s context where the workplace and the home have come together for many, this dichotomy needs to be done away with and progressive protective legislative initiatives in this direction are needed.

Further, the Convention prohibits violence and harassment directed against the LGBT and inter-sex communities. It has also recognized, perhaps for the first time, the prevalence of same-sex violence. For India, which has traditionally been very progressive in this regard, this is an indication to forge ahead further in this direction for protection of its LGBT community.
The government along with the employers and other stakeholders need to consider and pay due attention to these forward thinking and dynamic centennial Convention and Recommendations of the ILO and take proactive steps to making the world of work or (work)spaces more inclusive, integrated and gender- responsive.

While violence and harassment at the world of work is a threat to equal opportunities and violation of human rights, the epicenter for gender-based discriminations, biases, violence etc. are the homes and that is where greater efforts are needed to contain gender violence.
Efforts have to be made to promote a general environment of zero tolerance to gender-based violence at family level. Educative programs to prevent and restrict the inculcation and instilling of ideas of gender-based violence among children from their early years. One way to achieve this is by including gender studies as a subject, age-appropriately, at all grade levels in schools, like the good old moral science classes in missionary run schools.

More importantly, prevention of gender violence at homes, which is customarily dealt with silence, needs our voices and a re-look at our child rearing practices. Uprooting patriarchal and discriminatory behaviors and practices at home will go a long way to contain the violence at home. Collective silence on such issues has emboldened the perpetrators and prolonged the victims’ sufferings.

As the father of our nation Mahatma Gandhi once said that an ounce of practice is worth more than tons of preaching. Let us all, at our individual level, at the family level, do our bit daily, to root out the factors allowing gender-based violence to prevail in the homes and (work)spaces, so when we say StayHome, StaySafe – all of us are infact safe.

Image via The Economist (by Hanna Barczyk)

Rethinking About Women’s Safety in Virtual World: With Reference to the Case of Bois Locker Room