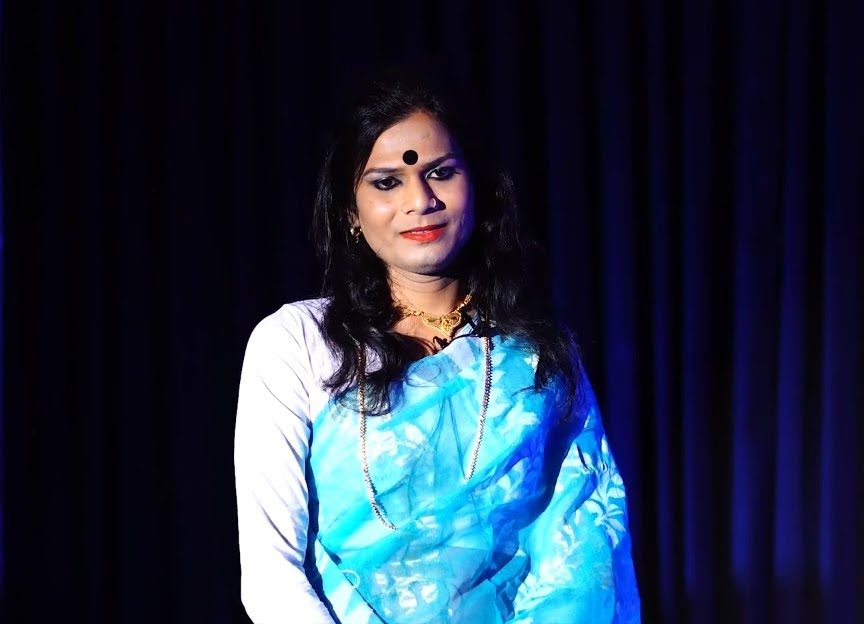 Achieving a position or being a first in any field would make anyone feel great, but no one sees the hardships faced to be the first.

Today we are talking about Joyita Mondal, a social changemaker, who broke all imposed norms of the society, by becoming India’s first transgender judge in India. Judge Mondal was born in a Hindu family in Kolkata,West Bengal.

She was biologically born with the body of a male, but growing up, she liked to dress like a girl. She had a hard time keeping this secret from everyone.

So she informed her parents that she has got a job in Dinajpur and left kolkata and moved to Siliguri in the year 2009.

In Dinajpur she started living her life the way she wanted to. She started wearing female clothes and started working as a hijra (eunuch) singing, dancing and so on.

On the other side she also started doing social work for the upliftment of her community. In the year of 2010 the National Election Commission added the category of ‘other’ in addition to male and female as gender identification to encourage transgender to register for voter cards.

Judge Mondal became first transgender to get voter card under category of “others” in Dinajpur. In the same year she started studying law.

She helped everyone who faced racial discrimination. Later she became founder of a NGO named “Dinajpur Notun Alo Society ” to help transgender of the same as well as different religions. At present the NGO is serving transgender community with more than 2000 transgender.

In the year of 2012, her NGO got a foreign project to provide legal aid to transgender community. Judge Mondal succeeded in giving legal aid to about 200 transgender. The work of her NGO and Judge Mondal was appreciated by the government. Later in 2015, Dinajpur Notun Alo Society built an old-age shelter house and helped many transgenders to make their Voter IDs.

In the year of 2017 the sub-divisional legal services committee of Islampur, Uttar Dinajpur district in West Bengal appointed her as a Judge.

Now she is serving as a judge but she never left her fight for Transgender community. She says “A handful of us becoming judges, principals won’t bring a change as long as transgenders are working as sex-workers and begging in trains. Individual successes mean nothing. Even if they don’t have much qualification, they can at least be appointed as Group D staff where physical labour is involved. I have not come from Kolkata to Uttar Dinajpur just for my fight. I cannot ignore my community because of whom I have reached this position. I would request the government to first start government jobs for transgenders so that our community gets dignified work. I consider work of coolies, peons or other Group D work as dignified”

Her journey of becoming India’s first transgender judge was not easy but she never gave up. She kept on working for her rights and also for her community. She is a person, we should all br so proud of.

Censorship And Cinematograph Act of India – Will The Hammer Stop?

An Oriental and Gender Perspective on Realisation and Creation of Property