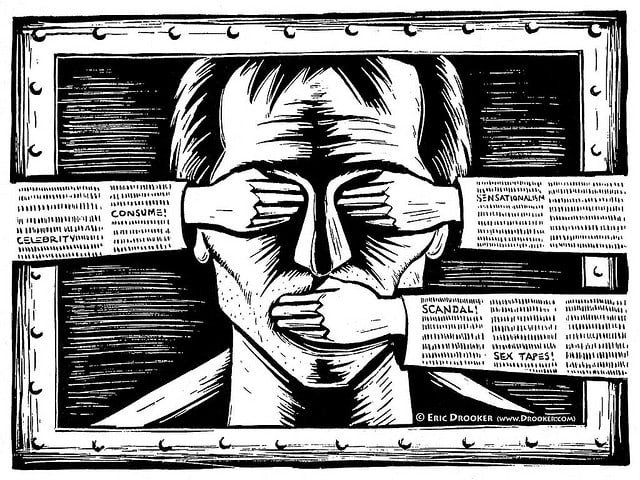 A very hardened rule of any right wing political government lives upto to the hammer analogy. If all you have is a hammer, everything looks like a nail problem. The hammer, every strong armed government possesses is -censorship.

Unless you’re living under a rock, you have heard about the Cinematographer Amendment Bill, 2021. The new draft proposes to amend the Cinematograph Act of 1952 with provisions that will give the Centre “revisionary powers” and enable it to “re-examine” films already cleared by the Central Board of Film Certification (CBFC). It empowers the Centre to revoke a certificate granted to a film by the Central Board of Film Certification (CBFC), if it is found to violate Section 5 B (1) of the Cinematograph Act, 1952, which discourages certifying a film that is “against the interests of the sovereignty and integrity of India, the security of the state, friendly relations with foreign States, public order, decency or morality, or involves defamation or contempt of court or is likely to incite the commission of any offence. In layperson terms, it allows the State to revisit certification already guaranteed to a film, truncating its existence. It gives the state absolute control, especially after the abolition of Film Certificate Appellate Tribunal which was the last place of appeal for filmmakers.

Termed as “super censor” by filmmaker Adoor Gopalkrishnan, the proposed draft raised questions and understated fury amongst the film fraternity. Nearly every big wig took to Twitter, leveraging their fellow directors and actors to raise support against it. Of course, like any bill, there are parts of it which either draw no or milder reactions. The draft Bill also includes provisions to penalise film piracy with jail term and fine, and introduce age-based certification. Currently, films are certified into three categories — ‘U’ for unrestricted public exhibition; ‘U/A’ that requires parental guidance for children under 12; and ‘A’ for adult films. The new draft proposes to divide the categories into further age-based groups: U/A 7+, U/A 13+ and U/A 16+. Somehow this age classification mirrors the intent behind the new IT rules announced in February this year: infantilising of the citizenry.

Censorship works on a basic belief system of the state, viz. ‘we know what is best for you’. It’s the state managed form of age old patriarchy, if I may stretch a tad bit. It’s based on the belief that citizens have no premise on how to decide what to consume in data. Anything can stir emotions against the ruling regime (whichever it maybe), and hence censorship remains an ideal way to propagate ‘control’. A very interesting article by LiveMint from 2018, titled “100 years of film censorship in India” discusses how narratives were controlled in different time periods based on different ideologies that were ruling at varied times. Whether it was the British who were vary of nationalistic themes in Indian movies; Amrit Nahata’s ‘Kissa Kursi Ka’ which stirred sensitivity amongst Congress leaders who eventually publicly burnt reels of the same; or modern day Padmavat which made a particular community sore. India is a country where offence taking is synonymous to religious and political ideologies – i.e. if you have one. If you don’t, a right wing form of art might offend some liberals, you can never say. Post emergency, revival of stifled art of that period was hoped for by Janta Party that came to power. However, no such thing happened because censorship is any governments strongest weapon.

However, is democracy really under attack with this proposed bill? Shyam Benegal begs to differ. “If a film is given a certificate, does it mean that it is forever,” he said in an interview. He believes cinema needs to adapt to changing times, and some movies will be redundant when they don’t adhere. The bill also faced criticism as it bypassed a basic law regarding bills. Any bill proposed should offer thirty mandatory days for public consultation. A mere 14 days till July 2nd were offered on the same. This authoritarian discrepancy in basic protocols is also brought into question when consulting the abrupt censorship we have seen since 2014, in nearly every sphere. Recently, Italy removed its 108 year old law on censorship because they believed they have advanced as a society to accept that censorship goes against the basic tenets of Democracy.

Resonating thoughts of the industry at large, an open letter written by 1400 filmmakers, including the likes of Shabana Azmi, Anurag Kashyap, Farhan Akhtar and others, has been addressed to the government demanding a withdrawal of this bill. The fate of the Bill remains in question as of now.

To close, here’s where I think I would leave you. With questions, like any good citizen. What is the end goal and where does it end? Is our citizenry so incapable of self-regulating and deciphering art that State control becomes imperative? For a government that proclaims to be pro-democracy, where does censorship and control on art lie on the scale of zero to masked dictatorship? Will filmmakers bank on International film festivals and OTT platforms to release their work? Is candy floss films the future of India’s large movie bank? And lastly, is it possible, at all, that released and approved cinema ahead of this bill being passed, will gain more renown in India and abroad once it passes the baton of our cultural gatekeepers? Because to quote Federico Fellini, a renowned director from Italy, “Censorship is advertising paid by the government.”

When it is a Woman in the place of a Man: Unravelling “WHY” it happens the way it does