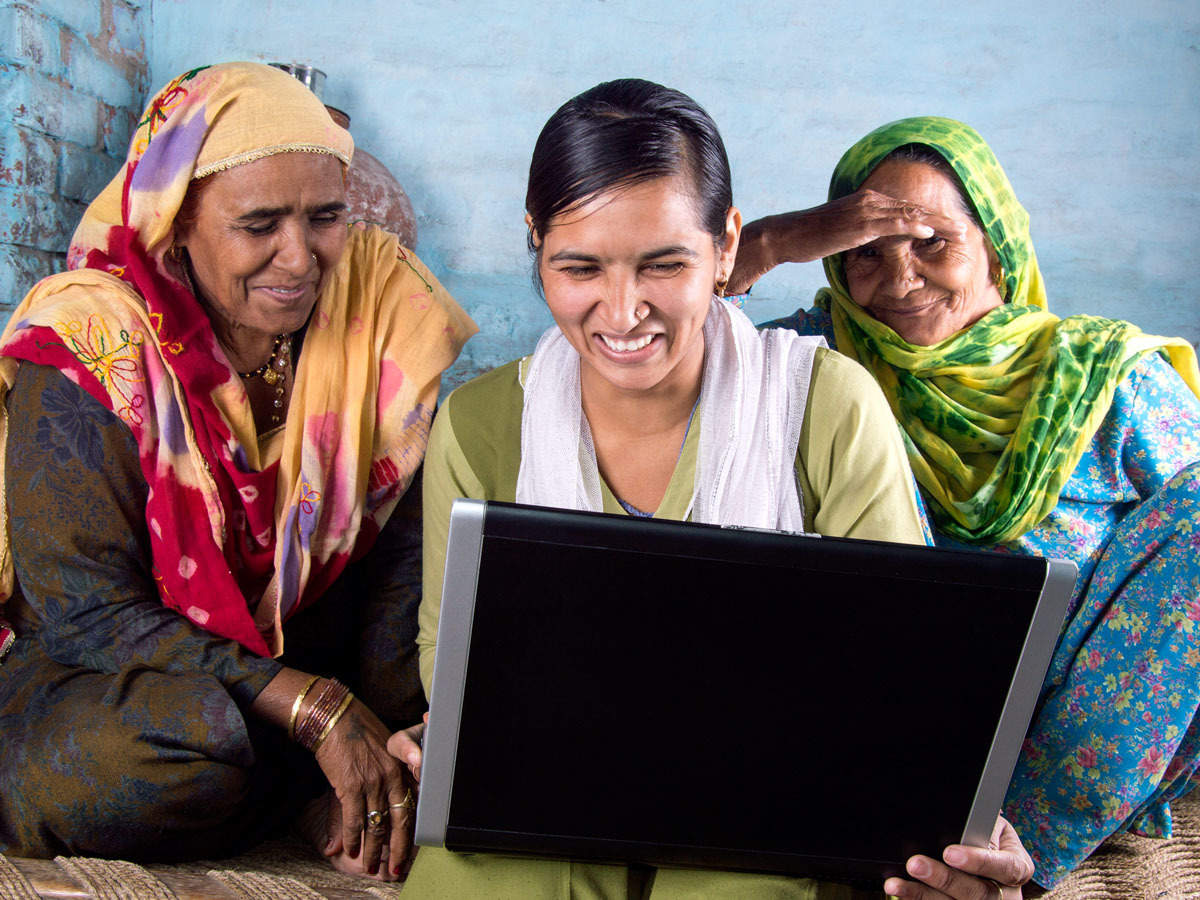 From connecting millions to another millions, a global network “The Internet” keeps on expanding itself from information to communication and many more. Today, it’s quite hard to even imagine a life without this global network. It’s just not a hub of knowledge, but a way to do things in more efficient way. A way that reduces time consumption and cost, resulting into profit maximization and what’s not?

It will not be an exaggeration to say that, at the beginning of the internet boom, men were the dominant users of internet. But today, that doesn’t hold true any longer. The data distribution of internet service by Sandhya keelery, says – 70% of Indian internet users were male while 30% were female users in 2016; which was estimated to change to 60% male users and 40% female users by 2020. This indicates towards ever growing active women participation in the world of networks.

One cannot deny the fact that internet has brought significant changes in the life of the women. Let’s discuss some of them.

Internet gives a means to women to empower herself economically by making her financially independent. At the same time, it boosts her confidence by realising the reality of the world without breaking the social norms. Secondly, women no longer have to depend on an accompanying male partner for travelling. Internet can help make all the arrangements in a safer way – from booking hotels to local transport.

When it comes to education – going to school and colleges and being an informed citizen is still a luxury for many. But internet makes education more democratic via digitalization, MOOCs etc. Internet has not only educated woman but also enlightened them to use their true potential.

While democracy grants women an equal right to vote, it is the internet which has helped many women access the information they need to make up their independent minds, and engage in discussions that brings democracy alive. Internet has provided a space to women, where they can express their opinions, without the hard physical walls of a patriarchal world. Women can choose sometimes to hide their identity and still engage in discussions that matter. But this does not mean, that internet itself is immune from the influence of patriarchy. Or that the need to hide identity is not problematic to begin with.

Specially in this pandemic, internet has been like a Messiah for every company. Here too, women are playing an excellent role in managing their economic life along with family obligations. Online working has helped many women, to take care of their children while also managing their professional responsibilities. While working from home, she feels safer and comfortable and doesn’t have to worry about being physically sexually harassed, often faced in travelling through public transport. At the same time, online working has helped men and women divide household work more equally, thus acting as an impetus for equal partnership.

Smith and Balka (1988) talk of using computer networks for feminists around the world and to keep isolated women in touch with one another. Thousands of women have started their online businesses and have attained financial independence by selling food, clothes and a whole lot of other things. While this has been very beneficial for reducing social, economic and political imbalances, it has also helped women come out of their world of isolationism.

The above data shows a significant decline in the percentage of women using internet, which requires serious discussions. Some of the factors that may be responsible for this are as follows –

Lack Of Literacy Rate – This is one of the crucial factors, which come in the way and act as an obstacle, since due to lack of education, especially amongst rural women – they consider internet and related things as a burden and waste of time. As they are unaware about the benefits, hence, they avoid using it.

Social Dilemma On The Adoption Of Internet- Many a times, families occupied by traditional values don’t want their women to use internet or to maintain any connection with modernization. As they consider it as an obstacle or simply, they are not ready to accept an intelligent woman in their family, which leads women to be in a dilemma about using internet.

Problem Of Flaming– Nowadays flaming has become a major problem for women to deal with. It simply means an act of posting insults in offensive language on social networking sites which later leads to controversial conversations and became a headache for a woman using internet.

Hostility And Harassment On Internet- Such kind of unaccepted behaviour directly harms the dignity of women. Harassment on the internet impacts their mental peace and energy resulting from an intolerant comment on social networking sites or by displaying one’s personal information. This also acts as a demotivating factor for other women to get more active on the internet.

On a concluding note, one can see that – narrowing the digital divide between genders can actually give far sighted benefits to our economy and democracy. Internet has the power to create an ecosystem where women feel more included in the system. For this reason, it is pertinent that government should seriously focus on creating opportunities like – educating women through different sources, creating awareness for using internet, and most importantly by enforcing strict rules against online harassment. These reforms can bring a great change towards better women participation and that matters.