Home » Blog » The Mother of Us All 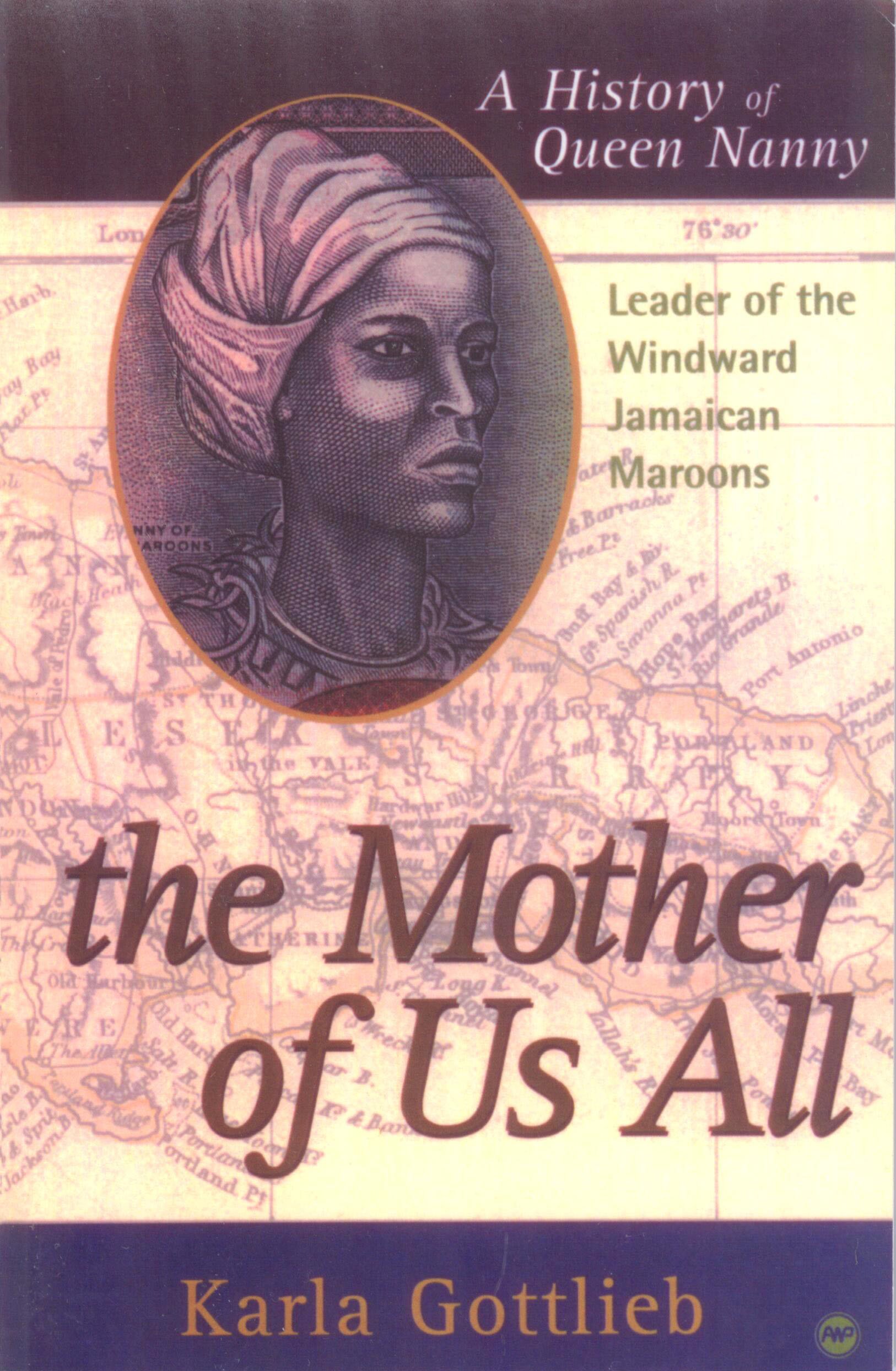 A book is only the start of a long, certain journey. Any author would like to be reviewed by an unmotivated, impersonal reader; it is with this frame in mind that I review The Mother of Us All by Karla Gottlieb.

What struck me at first was the appellation “The Mother of Us All”, a powerful one. The book is not only a treasure of new terminologies and amazing facts about Jamaica and its fierce Maroons but a pastiche of scenes. Truth does leave a terrestrial trail and Karla Gottlieb has done well to track down more about the times of Queen Nanny by detached observation in “Mother of Us All,” which is a powerful story of love, hurt, passion and death.

Love for one’s own land and people; hurt by British colonialists; passion to reclaim rights; dignity and a way of life and death of Maroon warriors at the hands of tormentors and vice versa. Even though all 6 chapters explore the inexhaustible human dimensions of Queen Nanny, my enthusiasm to re-read certain chapters, especially the third one that describes Queen Nanny as the general, is justified because the chapter showcases an empowered woman, mighty and wise in an era when the valid idea of feminism or empowerment or gender equality wasn’t even known.

I’m not analyzing why this book is being widely sold across nations. Perhaps, there is some kind of corollary that heroic women-centric work does transcend borders and the Eritrean publisher, Kassahun Checole, had known it better. In addition to shedding bad light on colonial forces, this is indeed a work that seeks to disturb the complacency of patriarchal societies too. After all, the catchphrase is Queen Nanny-Queen Nanny-Queen Nanny. This book is written with worldwide readers in mind and everything in it does help people think behind and ahead of their times, to stop, reflect or observe.

All chapters are a revelation of Maroon revolution, but some of their tactics are startling. For example, the way the Maroons controlled their breath and movements for a longer time and thrived as undefeated champions of camouflage to outwit the British is very well narrated. This helps the readers picture the revolution in their mind’s eye. Overthrowing myths of the Universal Mother with facts in the form of quotes or research material is the intent. A detailed analysis of myths versus facts in Chapter 3 allows the reader to tailor their introspection or investigation of Queen Mother’s tactics and resources from any area of interest most relevant to them.

Similarly, the exceptional use of abeng, an instrument made from a cow’s horn, which is mentioned several times, kindles the curiosity and enriches one’s understanding of the same. Who wouldn’t want to see an abeng with an ornament aka the jaw bone of that British representative Laird of Laharrets? Abengs that blow extensive, coded messages should be anybody’s fascination, at least of the inhabitants of La Gomera or the Yoruba drummers.

Unique people with divine powers find unique solutions to their problems or situations, don’t they? Several versions of bullet-catching stories might unsettle any reader but not disprove Nanny’s divine powers.

In determining the purpose of any treatise, we must see the question with which it opens. Even the land grant to Queen Nanny opens with a problem. Chapter 2 discusses how Nanny refused to submit and raised difficulties for the planters who dismissed the 1739 peace treaty and infringed upon the Maroon lands. The prophetic abilities of Queen Nanny are insinuated in many places. A colonial office violating the third article of the Leeward Maroon Treaty in 1796 is another example of a breach of trust and the reason why Queen Nanny never looked forward to any kind of agreement/settlement with the colonizers but their exit from her lands.

The hero of the book seems to raise the question whether fight or renunciation of fight is better and decides a good fight is better, come what may. Many a time she declared that there are no perplexities and would command and attack against the colonizers. The book fleshes out the adventure and gives a kind of behind-the-scenes narrative of a woman’s power against oppressors. It is a must read for all those who approve of women in power and reprove colonialism. This book justifies the Maroon rebellion against British colonialists. And, the most significant thing about it is that it beautifully weaves around the right words that portray, represent and reflect the tone of the historical figure of Queen Nanny more than anything else.

The emotive quality in Karla’s writing is powerful and the logic crisply military. She seems to suggest through the protagonist that colonization was ruthless and therefore it is the duty of every thinking person/leader to deliberate on reparations and do everything possible to deter colonization, defeat raiders or any kind of fissiparous forces. There are multiple plot twists and conflict of interest involving different groups, nations and Maroons who turn traitors. It is this earnestness in presenting the facts that demands a lot of research and makes it more necessary for the world to know of Queen Nanny and her traits, as well as her impact on the world.

Brave, innovative, powerful and provocative, in all the best ways, Queen Nanny’s character is approached with deep respect and understanding. The book never misses any title this hero has earned as a general, spiritualist, healer, saviour, nurturer and more. This woman leader’s exalted status is emphasized in all chapters and through extensive exploration of historical documents, literature, hearsay and history. In the end, the assertion that Queen Nanny did not sign any accord with the British who never honored promises and treaties is vivid.

“The sun never set on the British empire”, an Indian nationalist later sardonically commented, “because even God couldn’t trust the Englishman in the dark.”

Bold enough to state that the British deliberately concealed the prowess of Queen Mother, the author hasn’t spared anything to dismantle lies and deception.

Karla’s style is relaxed, though there are moments when you wish she has not tried to pack in so many excerpts and quotes (all perfectionists are like this). It’s only the academic stretches where you feel the length of a full fledged research. Otherwise, it’s a breezy read. People the world over love real stories that provide a paradigm for everybody’s everyday life. What more could validate an author than her passionate participation in conferences held in Charlestown to honour the legendary Queen Nanny!

Sadly, this book doesn’t satiate the curious many who would want to retrace Nanny’s childhood or spend a night atop Abraham’s Hill or Watch Hill and take a bite of a pumpkin from the Pumpkin Hill. For that, it would take a trip to Maroon lands in Jamaica.