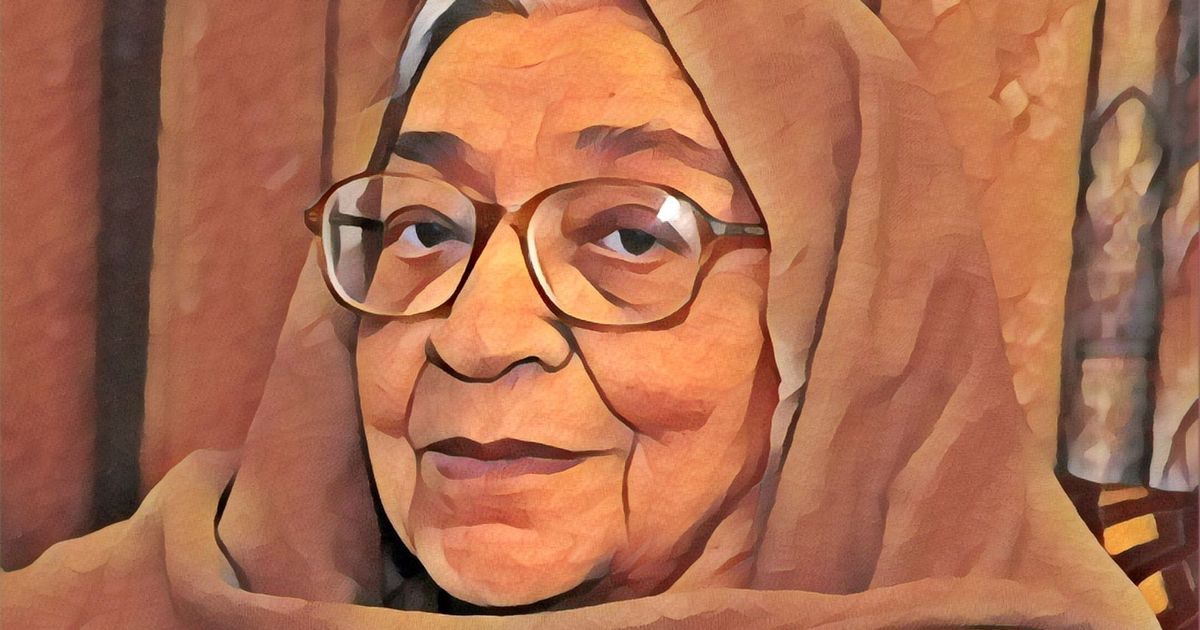 Literature has always been one of the driving forces behind a nation’s cultural development. With the advent of high speed internet and bunch of social media apps, literature has taken a back seat in the pop culture today, although the new generation English literature has created a niche for itself in the market. I am afraid that is not the situation with Hindi literature. If I were to draw an analogy then you could think of Hindi literature as ORKUT, it’s just the older generation which knows about it.

Since people are not paying much attention to Hindi literature now a days, it’s difficult to imagine that they would remember its history and how beautifully it has represented the contemporary Indian society. Women have always been a big part of the Hindi literature writers club. Men may have sometimes failed to depict the stark reality of society in their work but women have never failed to bring down the society as it is and question it in their work.

Chronologically, Hindi literature in independent India can be divided in three parts, first is the period of 1947 to 1968 in which literature was influenced by the partition, communal riots etc. The second period is the period of 1968 to 1990 which was influenced by the various caste based discrimination in the country prevalent at that time and the third period is after 1990 which can be called as new generation period after which it has been on a decline. All these three periods have given great Hindi female writers who have in their own way questioned the predominant social norms through their work.

The first period gives us writers like Krishna Sobti, Mahadevi Verma and Shivani. In their own ways they depicted the culture of India prevalent at that time. Krishna Sobti wrote ‘Mitro Marjani ‘ in 1967 which is considered a book way before its time. This book very well depicts how a woman who is bound by the shackles of patriarchy explores her sexuality. In fact there is a scene in Mitro Marjni in which Mitro, the daughter-in-law of the house is sitting on the door of the house and is laughing loudly. Suddenly her mother in law comes and rebukes her for laughing so loudly since she is the daughter-in-law, so she has to maintain the maryada of the house. With this book Krishna Sobti asks that if marriage is a bond between two people , then why is it only the woman who has to strictly abide by these bonds, why do men have all the freedom, why is it the woman who has to carry the burden of maryada of her house.

Then comes the very famous Mahadevi Verma, who had been active way before independence and who was bestowed with several of the prizes by the Indian government. She had her own share of struggle. She was subjected to child marriage and later her husband refused to live with her because he deemed her too ugly for him. Now all of these evils which women have to go through are very much depicted in her work. Her poem Mai Neer Bhare Dukh Ki Badali depicts the inner emotion of a woman who is made to live in a patriarchal society and all doors for her freedom are closed. She even went on to say Vivah Hamare Samaj Ki Sabhayata aur Asabhyata ka Pratik hai. (Marriage is the most civilized and uncivilized thing in our society) and that the institution needed major reforms.

Contemporary of Mahadevi Verma was Gaura Pant a.k.a Shivani, who again through her stories depicted how difficult the lives of women were. Born in a Kumaoni family, her story mostly revolved around Himalayas. Her book CHAUDH PHERE depicts how men try to assert their rights over women and take all the decisions for them. Laal Haveli is another of Shivani’s creation which through various short stories depict how it is always the women who has to sacrifice her wishes for men. Even before modern feminism touched India, she was already propagating the idea of it through her work.

Manu Bhandari a writer of later years wrote famous books like Aapka Bunty and Mahabhoj . Aapka Bunty (1971) tells the story of a separated couple. In one particular scene, when the husband comes to meet his son and sees him playing ludo and carrom board games, he asks him to stop playing these feminine games and play games which are more masculine. This is how she addressed the prevalent sexism in the society at that point of time. She also was prominent supporter of Indian independence movement and wrote many books supporting the same.
Apart from them no one can forget the very famous Amrita Pritam who established milestones both in Hindi and Punjabi.

The period of 1968 to 1990 saw writers like Mrinal Pande and few others who thrived to keep the burning fire of female Hindi writers alive. This period also saw lots of dalit female writers taking up writing in their own regional languages, to voice their opinion. Later their work was also translated in in Hindi and other languages. Writers like Shantabai Kamble (Majhya Jalmachi/The Kaleidoscopic Story of my life), Urmila Pawar (Aaidan/Weave of my Life) and Babytai Kamble (Jina Amuche/Prisons we broke) are some of them.

The period post 1990 was the globalization period, people drifted towards the west, and in a way Hindi literature was lost somewhere. Still some writers have made their mark in this period also like Baby Haldar and Indira Dangi. Baby Haldar’s story is extremely inspiring. She was a house help, after which she got her hands on a book in one of the houses she worked in and eventually she started reading. In 2006 she wrote the masterpiece Aalo Aandhari which has been translated into 21 languages.

We need to acknowledge the work of these and many more female writers, who have always stood up against the preconceived ideas of society, the patriarchal system and produced some of the finest works of Indian literature. If we start doing it, then I think it would pave the way for more such female writers to come up and bring out the evils of social system (which still do exist) and help our society grow as a whole.

What Sanya Malhotra’s Character In “Photograph” Teaches Us About Love?