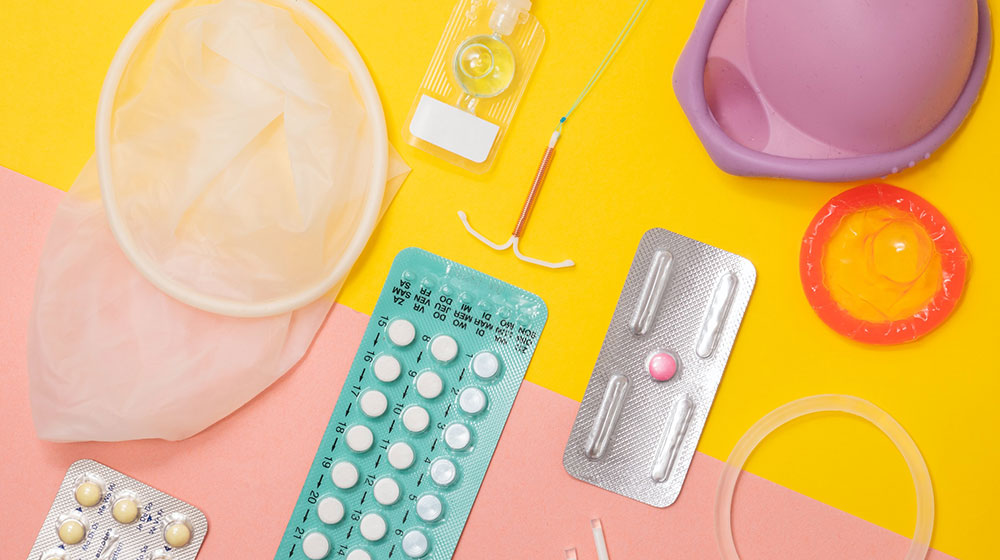 “They slipped briskly into an intimacy from which they never recovered” – F. Scott Fitzgerald

The Covid-19 pandemic and the lockdowns which followed thereafter, has essentially led to several partners being quarantined at home. While this has been a wonderful time for cohabiting couples to connect with each other, several questions have been raised with regards to the safety of this intimacy.

Veering between social distancing and close cohabitation, many thousands of couples are rediscovering each other as cities and towns across the country go into lockdown. However, with this increased intimacy, many pharmacies as well as e-commerce sites have reported rising sales of condoms and contraceptive pills. While social media is abuzz with jokes and memes, some experts are concerned about the impact this could have on the sexual and reproductive health of women. During the initial days of the pandemic, the spike in sales of condoms and contraceptives were attributed to hoarding, dispelling the myth that couples were getting more intimate. Eventually, there was a marginal dip in sales but the lack of free movement of goods globally, has led to severe shortage of condoms and contraceptives. There is a real risk and grave threat that some of the supply chains are going to be broken and that there might be more stockouts and shortages in the months ahead.

According to a recent report by United Nations Population Fund (UNFPA), the number of women unable to access contraception, experiencing unintended pregnancies and facing gender-based violence has skyrocketed as the COVID-19 pandemic continues.

“This new data shows the catastrophic impact that COVID-19 could soon have on women and girls globally,” Dr. Natalia Kanem, UNFPA Executive Director said in a press release. “The pandemic is deepening inequalities, and millions more women and girls now risk losing the ability to plan their families and protect their bodies and their health.”

The data released by UNFPA, the UN’s sexual and reproductive health agency, predicts that over 47 million women could lose access to contraception, resulting in 7 million unplanned pregnancies if the lockdown continues for six months.
The World Health Organization this month said two-thirds of 103 countries surveyed between mid-May and early July reported disruptions to family planning and contraception services.

Unintended pregnancies can occur among women of all incomes, educational levels, and ages. Negative outcomes associated with unintended pregnancy include delays in initiating prenatal care, reduced likelihood of breastfeeding and increased risk of maternal depression and parenting stress.
A surge in teen pregnancies was reported in Kenya, while some young women in Nairobi’s Kibera slum resorted to using broken glass, sticks and pens to try to abort pregnancies, said Diana Kihima with the Women Promotion Center. Two died of their injuries, while some can no longer conceive.
Due to limited availability of surgical abortion services, particularly in rural areas, and barriers on availability of medical abortion drugs at chemists, many women may be forced to resort to unsafe providers, risking their health and lives during the lockdown period.

In parts of West Africa, the provision of some contraceptives fell by nearly 50 percent compared to the same period last year, said the International Planned Parenthood Federation.
“I’ve never seen anything like this apart from countries in conflict,” said Diana Moreka, a coordinator of the MAMA Network that connects women and girls to care across 16 African countries. Calls have increased to their hotlines, including those launched since the pandemic began in Congo, Zambia and Cameroon. More than 20,000 women have called since January.

The Women’s Health forecast has published some alarming statistics: There has been a 10% drop in Reproductive Healthcare. 49 million more women do not access to contraception which could lead to 15 million more unintended pregnancies, 168000 more newborn deaths, 28,000 more maternal deaths and 3 million more unsafe abortions.

Family Planning efforts has been upended by the Coronavirus pandemic. Health experts fear irreparable harm has been done to India’s already struggling family planning efforts. Many women are no longer receiving potentially life-saving services that can help them make informed choices about delaying, preventing, and spacing pregnancies. V.S. Chandrashekar, Chief Executive Officer at the Foundation for Reproductive Health Services India (FRHS), said, “Live births may actually be higher since access to abortion is impacted during the lockdown. Women with unintended pregnancy may be forced to carry their pregnancy to term, since they may not have access to abortion care.”
In the Indian context, an analysis of HMIS data by Population Foundation of India shows that during the months of national lockdown last year between April and June, compared to the same period in 2019, there was a 27% drop in pregnant women receiving four or more ante-natal check-ups, a 28% decline in institutional deliveries and 22% decline in prenatal services.

The failure of the health system to cope with COVID-19 pandemic resulted in an increase in maternal deaths and stillbirths, according to a study published in The Lancet Global Health Journal. The impact on pregnancy outcomes high on poorer countries, says the study. Overall, there was a 28% increase in the odds of stillbirth, and the risk of mothers dying during pregnancy or childbirth increased by about one-third. There was also a rise in maternal depression, impacting the child’s health. COVID-19 impact on pregnancy outcomes was disproportionately high on poorer countries, according to the study published.

Many routine and elective services have already been postponed or suspended by both Government and private setups in most parts of the world because of the unprecedented pandemic of COVID-19. Healthcare systems everywhere in the world are under pressure. Being a component of essential health services, family planning and abortion services should continue to cater the population in order to prevent the complications arising from unintended pregnancies and sudden rise in STIs.

When health systems are overwhelmed, countries need to make difficult decisions to balance the demands of responding directly to COVID-19, while simultaneously engaging in strategic planning and coordinated action to maintain essential health service delivery. The provision of many services will become more challenging. Women’s choices and rights to sexual and reproductive health care, however, should be respected regardless of COVID-19 status.

While the lockdowns imposed across the globe due to the Covid-19 pandemic has caused immeasurable damage to mankind, the the differential impact it has had on the sexual and reproductive health of women needs immediate attention. The “Baby Boom” in the United States should be a gentle reminder of the potential problems which might arise if sufficient attention is not paid to the sexual and reproductive health of women. The coming year may well bring a baby boom few can afford, along with a dangerous increase in unsafe abortions. It’s high time the world took note and made necessary amends.

Reminiscing The Indomitable Spirit of Women in India’s Freedom Struggle