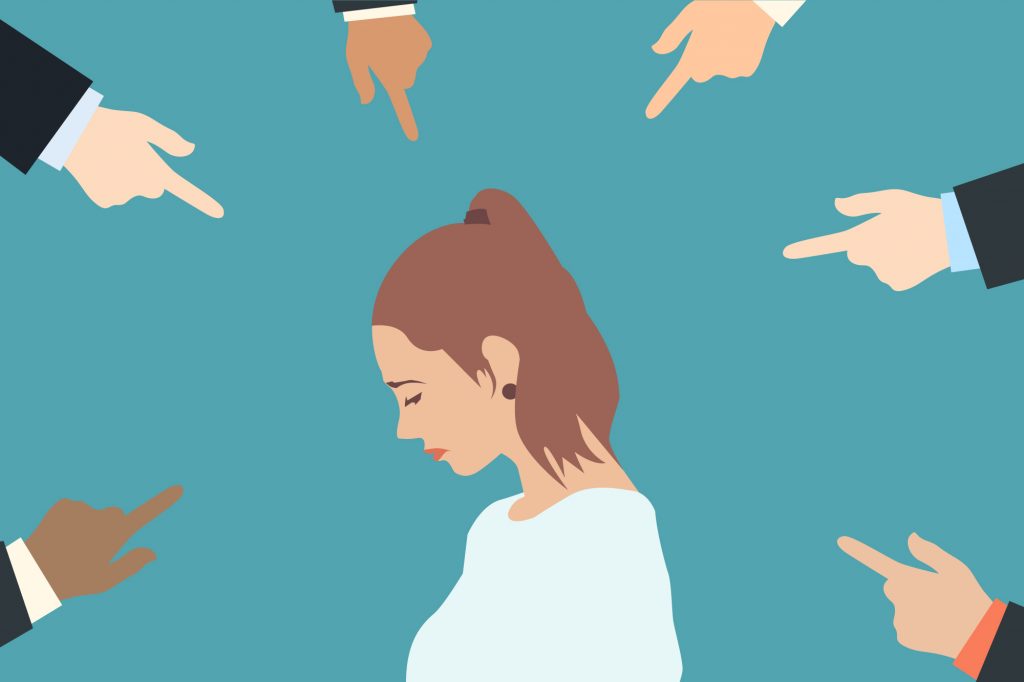 As practitioners/students of law and justice, we are all well aware of Section 354A of the Indian Penal Code (IPC). Even those who are from the non-legal areas of society are aware of the term “sexual harassment”.  The basic definition of sexual harassment comes from the United States Equal Employment Opportunity Commission (EEOC): “Unwelcome sexual advances, requests for sexual favors, and other verbal or physical conduct of a sexual nature constitutes sexual harassment when submission to or rejection of this conduct explicitly or implicitly affects an individual’s employment, unreasonably interferes with an individual’s work performance or creates an intimidating, hostile or offensive work environment.”

It makes us both sad and angry at the insensitive approach of the bench of the Hon’ble Kozhikode Sessions Court towards such sensitive issues. The Session Court order passed by Judge S Krishna Kumar held that to draw in the offense under Section 354A, there should be some sort of unwanted sexual gesture. However, in the present case, the photos of the complainant showed her “exposing herself in provocative dresses”. “In order to attract this Section, there must be a physical contact and advances involving unwelcome and explicit sexual overtures. There must be a demand or request for sexual favours. There must be sexually colored remarks. The photographs produced along with the bail application by the accused would reveal that defacto complainant herself is exposing to dresses which are having some sexual provocative one (sic). So Section 354A will not prima facie stand against the accused,” were the exact words of the Bench.

The learned counsel for the victim alleged that Chandran made sexual gestures toward the de facto complainant, who is a young female writer, and attempted to outrage her modesty in a camp meeting at Nandi beach in the Kozhikode locale in February 2020. The Koyilandi police registered the case and charged the offenses under Sections 354A(2) (Sexual Harassment and Punishment), 341(Punishment for Wrongful Restraint), and 354 (Assault of criminal force to a woman with intent to outrage her modesty) of the Indian Penal Code.

This wasn’t the first case where the 74-year old accused was granted bail. Earlier, on August 2, he had obtained anticipatory bail in another sexual harassment case filed against him. The court likewise observed that the dissident is old and physically debilitated and he could never have constrained himself upon the lady. Referring to Section 354, the court additionally observed that it is exceptionally certain that there should be an intention on the part of the accused to outrage the modesty of a woman: “While granting bail to Chandran, the court also expressed disbelief that the 74-year-old physically disabled accused, Chandran, could forcefully put the de facto complainant in his lap and press her breasts.”

The citizens of India, from all genders, have raised their voices, expressing their anger and disappointment with the court for giving out such a judgement. Everyone has the same question for the Bench- “What is a sexually provocative dress?” Time after time, women have to face these atrocities. Article 19 of the Indian Constitution provides the right to each and every citizen to express themselves in whatever way they want. But, after such incidents, all these “Freedoms” seem to be gender-based. Confining women’s freedom and versatility won’t diminish the crimes against them. It will only minimize women further, slant the overall influence further towards men, and debilitate society. Would the victim have anywhere to turn to obtain justice if the courts, which we as citizens consider to be our source of justice, made such biased statements? It has been said numerous times, and we feel the need to say it again- If women’s dressing was the reason, no infant in diaper, no senior-citizen in saree, no un-married girl in a kurta-salwar or a lady in a burqa would have been assaulted. The problem lies solely in the eyes and actions of those people who objectify women and see them as a sexual-being only. In addition, somewhere down all these years, it can be observed that the judgements by some courts and the imprecise laws related to offences against women have also resulted in the increase of these crimes against women. However, as pleasantly as these opinions are phrased, they are regressive. It endeavors to fault women for the sexual assaults against them and to expect that women adjust to a way of life that makes them protected in a male-ruled society. Such retrogressive advances have never worked, and won’t work in the future.

Time To Recognize And Monetize The Services Of Homemakers In India