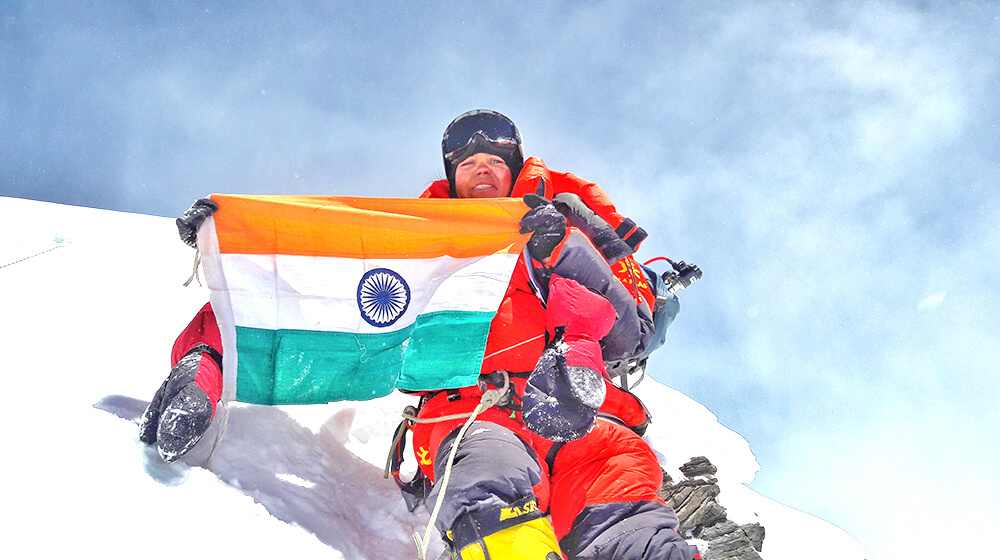 The news was shared by Entrepreneur Extraordinaire Kiran Mazumdar-Shaw, the Executive Chairperson of Biocon Limited via Twitter congratulating her colleague Priyanka

26-year old Priyanka Mohite from Maharashtra has turned heads by becoming the first Indian woman to scale Mount Annapurna on April 16, 2021. Mount Annapurna, at a height of 8091 metres, is the world’s 10th Highest Peak. The mountain, surrounded by the Marshyangadi and Gandki glaciers, forms a part of Nepal’s Himalaya range. The Annapurna massif is 55 kilometers long and has gained notoriety for its long ridges, unpredictable weather conditions, avalanche-prone areas, and incredibly high fatality rate, thus making it one of the most challenging expeditions.

Mohite, a Research Associate with Syngene International was lauded by her employer Ms. Mazumdar-Shaw, Executive Chairperson of Biocon via Twitter. Syngene is a publicly listed Biocon Subsidiary. Ms. Mazumdar-Shaw shared a picture of Motie with the Indian Tricolor and a congratulatory message, “Our colleague Priyanka Mohite scaled the peak of Mt. Annapurna, (8091 mtrs) 10th highest mountain in the world,  on 16th April 2021 at 1.30pm.- first Indian woman to do so!  We at @SyngeneIntl⁩ are so very proud of her”

Priyanka’s enthusiasm for mountaineering has been a significant part of her childhood too. She started to scale the Sahyadri range of Maharashtra as a teen. Mohite scaled the Bandarpunch massif of the Gharwal division of the Himalayas (Uttarakhand) in 2012. Later in 2015, she scaled Mount Menthosa at 6443 meters in the Lahaul and Spiti district of Himachal Pradesh. She has also achieved the distinct honour of being the third youngest Indian to climb the world’s highest peak Mount Everest at a height of 8,849 metres in 2013. She has also successfully completed expeditions on Mount Lhotse at 8,516 metres in 2018, Mount Makalu at 8,485 metres and also Mount Kilimanjaro at 5,895 metres in 2016. She was also awarded the Maharashtra state honour for adventure sports for 2017-2018.