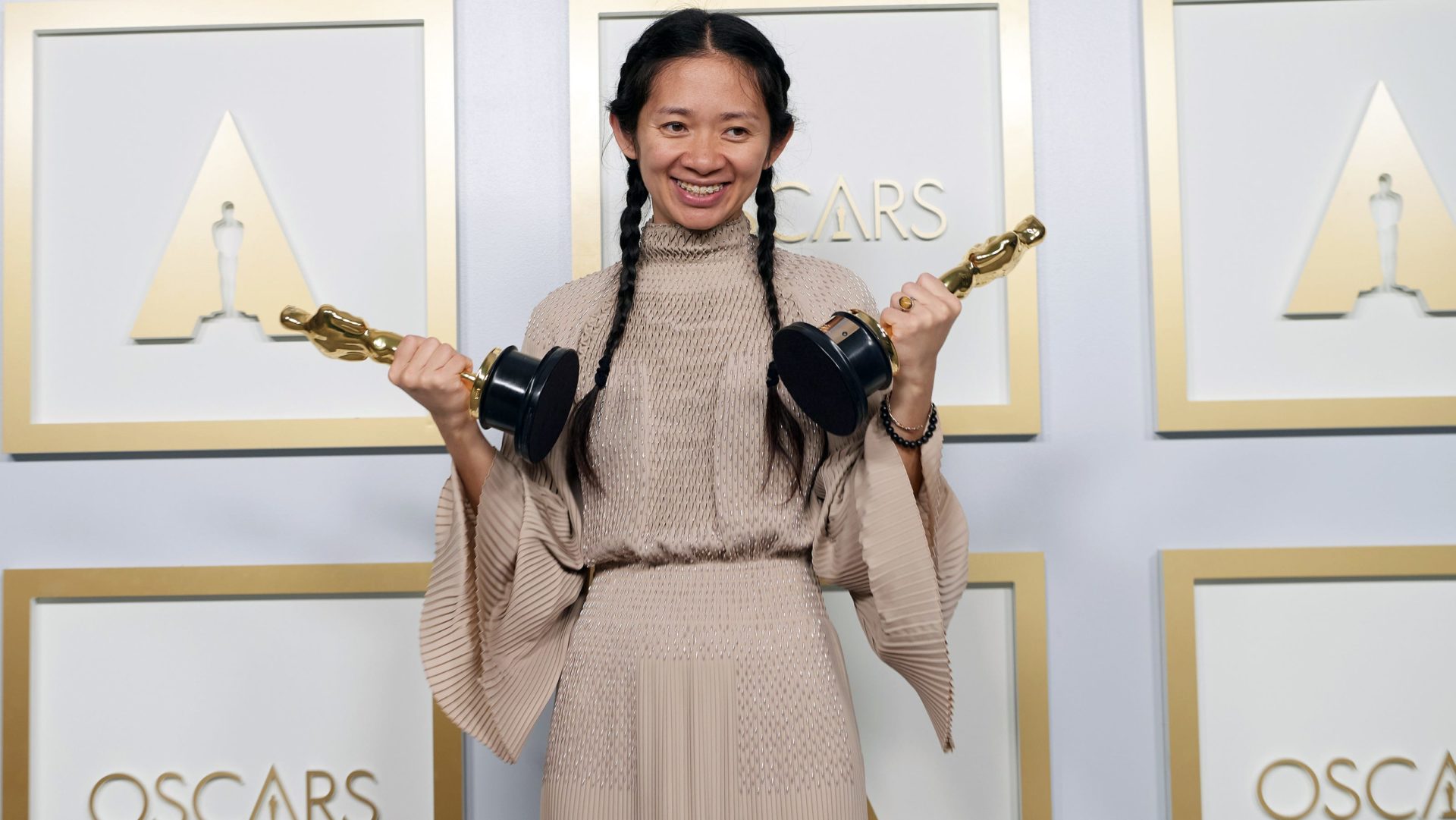 On Sunday night, the 93rd Academy Awards ceremony was attended only by nominees, owing to the COVID-19 norms in place. The Los Angeles Union Station was the main set piece for the show, and attendees rotated in and out of the ceremony to limit the number of people gathered at a time. Filmmaker Chloe Zhao scripted history by becoming the first woman of color to win the best director award and only the second woman to win in the category. Zhao won the award for her intriguing drama, “Nomadland,” about a woman in her sixties, who embarks on a journey through the American West, living as a van-dwelling modern-day nomad after losing her job in the Great Recession (IMDB). The movie also bagged the Best Picture Award as well as Best Actress for Frances McDormand. Zhao becomes the second woman ever to win a directing Oscar, more than a decade after Katheryn Bigelow for her 2009 Iraq War drama, “The Hurt Locker.” In its 93-year-history, the Academy Awards have witnessed only seven women nominations for best director, and Zhao is the first woman of color to even be nominated in the category.

The nominees list for the 93rd Academy Awards also created history with its diversity and several other women winners will be remembered as part of history. Ann Roth won the Best Costume Design award for Ma Rainey’s “Black Bottom” and became the oldest woman to win an Oscar. South Korean actress, Youn Yu-jung became the first Korean actor to win an Oscar as she was awarded Best Supporting Actress for the film “Minari.” Emerald Fennel became the first woman in 13 years to win the Best Original Screenplay Oscar. Mia Neal and Jamika Wilson are the first Black women to receive a nomination for best makeup and hairstyling, and now, first to win. Indian celebrities Irrfan Khan, Rishi Kapoor and the first Indian to win an Oscar for Best Costume, Bhanu Athaiya, were honoured in the “In Memoriam” segment at the 93rd Academy Awards.