Home » Blog » Post Roe Era, The ‘heartbeat’ Bill And Unleashing The Hounds Of The American Right 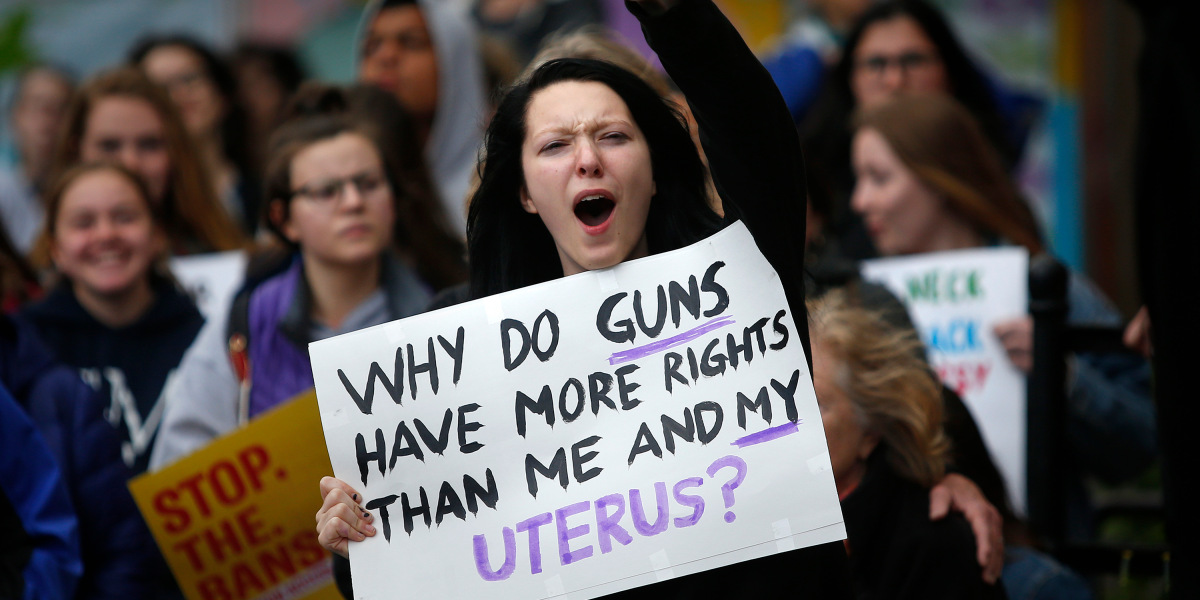 In the wake of the chaos unleashed by the infamous Senate 8 Bill it is important to take a look at ground zero, the fabled Roe v Wade. The broad idea held by the people is the US and the world at large is that Roe was instrumental in ‘legalising abortion’ in Texas, however the truth might be far from it. What it essentially did was determine the way states can regulate abortion.

For those not in the know, Jane Roe, was an unmarried pregnant woman who had filed a lawsuit on behalf of herself and others challenging the Texas abortion law. She was joined by her doctor who at the time claimed that the State’s abortion laws were too vague for even the medical practioners to follow. Roe argued absolute Privacy Rights for all women claiming the Texan law infringed on women’s rights to marital, familial and sexual privacy guaranteed by the Bill of rights. It also invaded an individual’s right to liberty guaranteed by the 14th amendment. The State, of course, argued that ‘fetus’ is a person protected by the 14th amendment and it is absolutely necessary for it to protect prenatal life from the time of its conception.

It might be important to understand here that the US Constitution doesn’t provide a definition of a ‘person’. It does say that the United States protection covers those who are born or naturalized in the Country. The Roe v Wade judgement went on to state that “the ‘unborn’ had never been recognized in law as persons in the whole sense”. The prevailing idea that life begins at conception draws from the Catholic faith rather than science. The medical community leans toward the belief that life begins sometime before birth. It is essentially a religious viewpoint that has stockpiled a whole lot of cultural clout.

The legendary Ruth Bader Ginsburg, said that she believed it would have been easier for the public to understand why the Constitution protected abortion rights if the matter had been framed as one of equal protection rather than privacy. During her time as a lawyer for the ACLU (American Civil Liberties Union) she fought for Struck in the matter of Struck v. Secretary of Defense.

Susan Struck, an Air Force Captain got pregnant while serving in Vietnam and sued the Air Force after it said she would have to either get an abortion at the base hospital or leave if she wanted to have the child. She told the Air Force that she didn’t want to get an abortion instead give birth and then put the baby up for adoption because abortion violated her Roman Catholic faith. Ginsburg explained her approach to the Senate Judiciary Committee stating:

Next, we said that the Government is impeding, without cause, a woman’s choice whether to bear or not to bear a child. Birth was Captain Struck’s personal choice, and the interference with it was a violation of her liberty, her freedom to choose, guaranteed by the due process clause.

Finally, we said the Air Force was involved in an unnecessary interference with Captain Struck’s religious belief.”

So all three strands were involved in Captain Struck’s case. The main emphasis was on her equality as a woman vis-à-vis a man who was equally responsible for the conception, and on her personal choice, which the Government said she could not have unless she gave up her career in the service.

In that case, all three strands were involved: her equality right, her right to decide for herself whether she was going to bear the child, and her religious belief. So it was never an either/or matter, one rather than the other. It was always recognition that one thing that conspicuously distinguishes women from men is that only women become pregnant; and if you subject a woman to disadvantageous treatment on the basis of her pregnant status, which was what was happening to Captain Struck, you would be denying her equal treatment under the law.

It is interesting to note that the Supreme Court revisited Roe v. Wade in 1992 when reviewing Planned Parenthood v. Casey. In that case, the Court once again established a woman’s right to choose. But, it changed the framework created in Roe. Instead of requiring states to regulate abortion based on trimester, the Court created a standard based on “fetal viability” – the fetus’s ability to survive outside the womb. Viability is usually placed at around seven months (28 weeks), but it can be as early as 24 weeks.

Coming back to the present, abortion is still legal in Texas, well only for about 2 weeks after a women misses her period which is the Senate Bill 8 driving a hard bargain because 85% of women seeking abortions are at least 6 weeks pregnant. In a bid to milk the Senate Bill, 12 other States have tried to ban abortion after six weeks, by trying to pass various scientifically unfounded ‘heartbeat’ laws. Most have been unsuccessful in their attempt because the precedent set by Roe v Wade, makes them unconstitutional.

Hope is still a radical idea for woman pregnant beyond the 6 weeks mark because the bill was framed placing the burden of enforcement entirely on private citizens, who are encouraged—to file lawsuits against anyone who performs an abortion after the six-week mark, or who “engages in conduct that aids and abets” an abortion, or who even “intends” to do such a thing. Plaintiffs do not need to know the person they file suit against, and, if they win, they are entitled, in most cases, to ten thousand dollars from the defendant and the reimbursement of their legal fees; defendants who win cases do not get their legal fees back. This bounty mechanism has made the bill immune to judicial interference, because there is no clear entity that can be sued in order to block the inhumane law.

Even pro-life Senators are thrown off by this idea of every citizen being able to tattle, sue an Uber driver to enforce the abortion law penalizing anyone who drives a woman to an abortion clinic after six weeks into a pregnancy. In response, the nation’s biggest rideshares, Uber and Lyft have announced that it is setting up a Drivers Legal Defense Fund to cover all legal fees for drivers sued under Senate Bill 8.

In a statement issued last week, Biden said he was directing the Office of the White House Counsel and his Gender Policy Council to involve the Health and Human Services Department and the Justice Department to evaluate what “legal tools we have to insulate women and providers from the impact of Texas’ bizarre scheme of outsourced enforcement to private parties.”