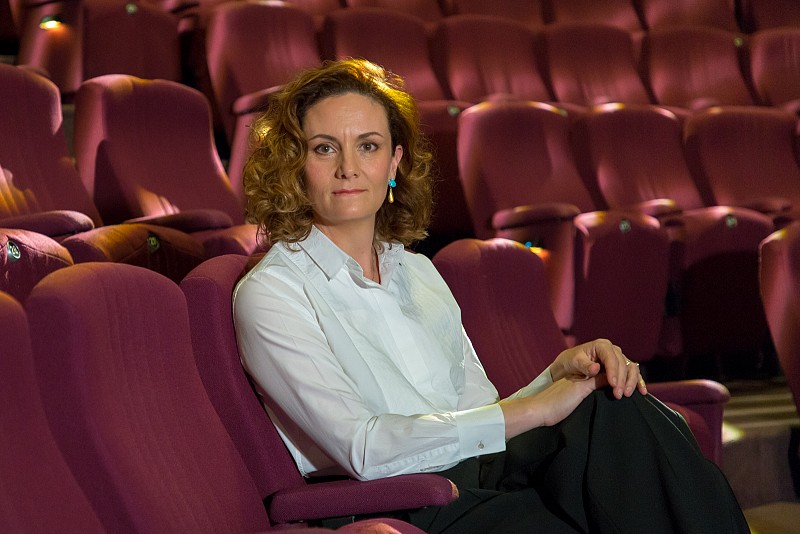 Arts Centre Melbourne CEO, Claire Spencer warns about increase in trauma among artists in the performing arts during this pandemic

The performing arts were among the first industries hit by COVID-19 shutdowns, and will be among the last to recover as limits on gatherings continue, notes The Age. Claire Spencer’s initiative, Arts Wellbeing Collective, founded in 2016, partnered with Support Act and had set up a 24/7 helpline providing counselling for anyone is the Australian performing arts industry.

Due to the rising impact of COVID-19, Spencer said that there has been a 60% increase in the number of calls on the helpline in the past month, and they are exponentially rising week after week. She attributes this trauma both, to financial insecurity that these artists face at such uncertain time, and also to “the separation from community and purpose.” The artists can call on the helpline number to make an appointment with a clinician, or to speak immediately about any aspect of their mental health and well being.

The Arts Wellbeing Collective has also offered simple resources online, for self-care and mental-health during this pandemic. Clinical psychologist Jane Miskovic-Wheatley, who has worked closely with the Arts Wellbeing Collective, states that one of the reasons artists are feeling overwhelmed and uncertain is due to the changes in usual routine and not creating in a way that one would prefer.

The arts have always been linked to mental health, either in the form of catharsis, sublimation or the due to the specific ‘culture’ of the arts and entertainment industry. A report by Victoria University, Working in the Entertainment Industry, released in August 2015, suggested that mental health problems are widespread in professionals working in this sector. The report incorporated performing artists of all kinds, performing arts support workers and broadcast, film and recording media operators. The report reveals that these workers suffer from the effects of uncertain employment, low pay, and work conditions. Rates of suicide, anxiety, depression and sleep disorders have been found to be more prevalent among those working in the entertainment industry than the general population. A number of research studies over the years have stated that there is a strong pattern of suicidalilty in highly creative individuals. At such challenging times of a pandemic, financial crisis and isolation are likely to adversely impact such creative people in the arts. “We’re really, deeply concerned what the next months and years are going to look like. There is a long road out financially, but also for the wellness of people who work in the sector,” Spencer states.

Although the pandemic might have put a stop to income for both men and women artists alike, the history of low pay to women artists as compared to men, especially in the arts, would lead to lower savings among women artists, ultimately affecting their living during this situation. Moreover, the culture of sexual harassment, bullying, or quid pro quo is deeply embedded in the entertainment industry, as confirmed by the local and global #metoo movements. Arts Wellbeing Collective is one of the initiatives working towards ensuring safe, healthy and respectful workplaces in the creative industries as well as fostering mental health and wellbeing among its workers, through efforts such as “Women in Safety Seminar,” podcasts, and online tips centred on mental health and wellbeing. It is important to note, over half the number of experienced industry professionals on Arts Wellbeing Collective Advisory Group are women. In addition, women psychologist Greta Bradman was one of the key consultants for the Arts Wellbeing Collective Pilot Program 2017, which was aimed to “explore the unique mental health challenges faced by performing arts workers, identify themes, and test potential positive interventions.”

The immense contribution various artists in the performing and entertainment industry make to the country’s cultural value and economy is unfortunately not acknowledged enough; and the small and middle-level artists struggle to make their ends meet. India, being a culturally diverse country with a wide range of arts and talents, needs to not only acknowledge the creative artists that motivate us to live in this challenging period, but also encourage them financially and mentally to pursue their passion and continue to offer us hope through the arts.

Arts Centre Melbourne CEO Claire Spencer is certainly a role model for women in leadership, and under her “collaborative and empathetic leadership approach,” Arts Centre Melbourne has initiated many large-scale projects including the Arts Wellbeing Collective and Asia TOPA – Asia-Pacific Triennial of Performing Arts. Claire represents Australia’s most senior women leaders from the corporate, public service, academic and not-for-profit sectors as a member of Chief Executive Women. She is also a Board Member of The Pinnacle Foundation, who provide scholarships and mentoring support to LGBTQI students who are marginalised or disadvantaged. (Rotary Club of Melbourne) Claire held leadership positions at Sydney Opera House and other firms for close to a decade, before taking on the role of CEO at Arts Centre. She has all praises on her role as a leader from professionals in as well as outside the arts field. “Claire is an inspiring CEO. […] She runs a large asset with a complex set of stakeholders, and she does it with strategic vision and a deep appreciation for the humanity of everyone associated with the Arts Centre.” remarked Siobhan McKenna, senior NewsCorp Australia executive and former Board Member of Australian Ballet. More about Spencer’s leadership, work and vision can be read here.

Mental health resources for arts sector workers can be found at www.artswellbeingcollective.com.au

Pink Tax- The Cost of Being a Woman