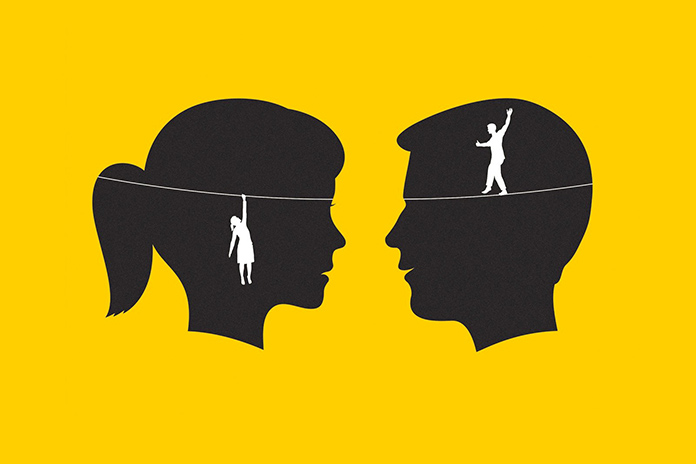 “The hero construct is very significant in our culture. A lot of the industry’s money is riding on that hero and therefore the whole attempt is to showcase that hero in the film, the trailer or the poster. We have in a sense normalized how skewed the system is. When people are pitching films to satellite channels, they always say that the difference in pricing while negotiating is only dependent on the male leads.” – Anjali Menon, Filmmaker on representation of women characters in trailers.

Why is Gender Stereotyping in films such a Big Issue?

A study by Common Sense Media found that children who are regularly fed gender stereotypes may internalize those roles, shaping their behavior for years to come. The researchers found that the effects gendered media has on children include a tendency for girls to focus on their appearance, an increase in tolerant views of sexual harassment and the establishment of gendered behaviors in romantic and sexual relationships, as well as riskier behavior in boys and career choices limited by gender norms.

Once the children grow up, they are pushed into a new set of gendered expectations — those created in the workplace. Women who behave in ways that don’t fit the gender norm, for example being assertive in their career, have been found to be perceived as less likeable and are less likely to be hired. The societal limitations placed on men can have a negative effect on their lives as well, prohibiting them from feeling like they are able to show any true emotion or empathy. One study even showed that “agreeable” men who were seen as warm, caring, supportive or sympathetic made an average of 18 percent less income and were evaluated as less likely to have management potential than their more traditionally masculine counterparts.

Many also have yet another fight to contend with — the norms and traditions placed upon them by their family and given culture. For those currently growing up in a rapidly changing world of increased globalization and instantaneous sharing by means of social media, young people are battling not only with the search to find their place in a larger society, but also within the dynamics of their family if they choose to shirk tradition in one way or another. Third culture kids, or those who grew up in places that are not their parents’ homeland, are the perfect example of such an identity crisis, as are children who identify as LGBTQ growing up in conservative households who may not feel comfortable being themselves.

“In my early years in the movies, I was once asked to change my dialogues during the dub because the hero wanted it altered. I refused to do it, only to find out after the release of the film, that they had gone ahead and got another dubbing artist to voice my bits there.” – Taapsee Pannu, Actress on sexism in the industry

For ages, gender disparity has plagued the film industry, but not much research had been done in the past to bring to the fore real data that highlights where this disparity is most significant. However, in recent times several organizations have conducted detailed research in this field at a very granular level which divulges the potential causes for this disparity.

Oscar-winning actor Geena Davis witnessed that the films her daughter watched lacked female characters. Even the cartoon animals were overwhelmingly male. She wondered if unconscious bias toward women meant people accepted female characters having fewer lines and less screen time than men. So she founded ‘The Geena Davis Institute on Gender in Media’ in 2007 and started to collect data on movies. It was a laborious undertaking -: a team of researchers began watching films one by one and logged gender-based patterns. Gathering the data was slow, and there were so many movies to examine. Humans could only process so much.

Enter ‘Machine Learning’.: Machine learning is a type of artificial intelligence (AI) that allows software applications to become more accurate at predicting outcomes without being explicitly programmed to do so. Machine learning algorithms use historical data as input to predict new output values. With support from Google, the Geena Davis Institute on Gender in Media teamed up with Google machine learning engineer Hartwig Adam and USC’s Viterbi School of Engineering’s Dr. Shri Narayanan, the Niki & C. L. Max Nikias Chair in Engineering, and his SAIL Laboratory, to develop software that accurately measures how often we see and hear women on-screen.  Thus evolved the Geena Davis Inclusion Quotient (GD-IQ), the tool that not only can identify a character’s gender, but it identifies to a fraction of a second how long each actor spoke, and were on-screen.

The findings of this study gives us deep insights into what is plaguing the industry and the plausible causes for gender disparity persisting despite all the progress that has been made worldwide to usher in equality between the sexes.

Impact of the Study: A survey that followed a presentation of GD-IQ findings found that 68% of filmmakers reconfigured two or more of their projects after hearing the numbers, and 41% percent stated that it had impacted four or more of their movies.

What does the scene look like in the Indian Film Industry?

“It’s very sad that despite being among the top 3 actresses, an actor who’s not even in the top 20 will still get paid way more than you. It’s considered “very cool” when a hero hikes his remuneration. But when a woman does the same she’s looked at as “problematic,” “demanding” and “too ambitious.”” – Samantha Akkineni, Actress on pay parity

India produces the highest number of films in the world. The Indian box office is valued at over ₹11,000 crore. Despite the scale and cultural impact of cinema in the country, glaring gender disparity still exists in Indian films. Even though there was a general feeling that the narrative was changing fast, and women had become more than just accessories, the data reveals that very little has changed on the ground.

‘O Womaniya!’, a seminal report on the representation of women in Indian films published by Film Companion and Ormax Media, has meticulously tracked speaking parts in the world’s biggest movie-making industry. The study conducted on 129 films included 5 languages (Hindi, Tamil, Telugu, Malayalam & Kannada), 100 theatrical films, and 29 total direct-to-OTT. The revelations of this study are indeed concerning.

It has been found that in the biggest pan-national box-office hits from the past five years, on an average “women have less than a third of the dialogue”. In other words men significantly out-talk the women. Only 8% of key HOD positions in the top 129 films in 2019-20 were held by women. 92% of key departments in a movie were helmed by men. 59% of these films failed the Bechdel test i.e. they do not have even one scene where two female characters are having a conversation that’s not about men/a man. Male characters ‘outspeak’ female characters by more than four times in film trailers. Also, the study found that the South Indian film industries are particularly poor in representation, with only 1% HOD positions in South Films being held by women. The South film industry is way behind Bollywood in gender equality. While female to male HOD representation in South cinema stood at 1%(female) vs. 99%(male), Hindi cinema performs better at 16%(female) vs. 84%(male).

Between 2019 and 2020, only 6% of the films were directed by women. The department that saw the highest representation of women was in production design and the lowest was cinematography, with only 2%. Keiko Nakahara, was the only female DoP during this period and her work in Tanhaji, Shakuntala Devi and Total Dhamaal constitutes this 2%.

Streaming films perform better on gender parity than theatrical, though only marginally.

“We have fewer female directors because of investor confidence. Mainstream filming has a certain set pattern that people are very unwilling to break. They like to sit within that comfort zone. They think that a person’s gender is what they direct from which is such a weird assumption to make! People tend to be so judgmental of what shape and form and size you come in. Whoever has the power is definitely biased.” – Anjali Menon, Filmmaker on why there are so few women directors

Not all is lost!

Despite gender stereotypes plaguing the film industry, women are making slow but steady progress towards equality in the movies. A new study of the highest-grossing films of 2019 from the Center for the Study of Women in Television and Film at San Diego State University shows that Hollywood is slowly changing.

It turns out 2019 wasn’t just a historic year for women behind the scenes. Women also fared very well on-screen last year, according to the latest “It’s a Man’s (Celluloid) World” report from Dr. Martha Lauzen and the Center for the Study of Women in Television. Forty percent of the top 100 films of 2019 featured a female protagonist, a sharp increase from the previous year’s 31 percent, which was itself a recent historical high.

Since respect for fundamental freedoms and human rights, including gender equality, is a pre-requisite for the creation and distribution of diverse cultural expressions, it is high time that Film makers across the globe take cognizance and ensure gender parity in their upcoming ventures.