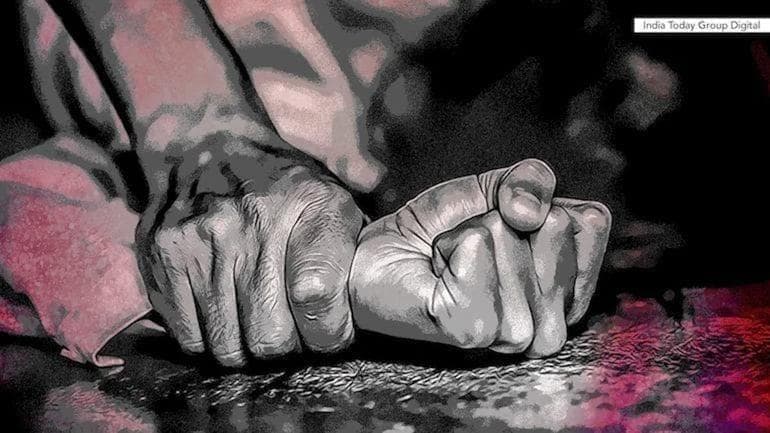 The doors of Delhi High Court have been fluttering since last one month with voices being raised to criminalize exception 2 Section 375 of the Indian Penal Code (IPC). All India Democratic Women Association, RIT Foundation and two other organizations are behind putting forth this initiative. The Court has been going through the legality of the exception and whether it serves any purpose in modern-day India or is it just a colonial provision still draping in the books of the criminal manual.

Exception 2 to section 375 of the Indian Penal Code reads as follows: –

Sexual intercourse by a man with his own wife, the wife not being under fifteen years of age, is not rape.

A majority of the common law countries have already done away with the draconian provision of marital rape wherein the husband considers the wife as his chattel and performs sexual acts with her even if it is against her will. In fact, India remains one of the only 32 countries in the world where this exception remains to prevail.

Henceforth, the originators of the common law have outdone with this provision, but it still remains an evil continuing to haunt Indian society.

Let us analyse how faintly this provision stands on the footholds of the legal bedrock.

Prima facie, there are three ingredients of rape :- ‘Sexual Intercourse’, ‘Against her will’ and ‘Without her consent’ . Any act satisfying these three criteria falls into the category of Rape. But then, a stalemate has been created in the same section by giving protection to a person who is legally wedded to the victim and whose act satisfies all of these criteria. The exception gives her husband the right to have sexual intercourse with her whether she is willing or not eventually becoming a subject to his whims and fancies thus, violating every right which the women as an individual possess.

Over the years, lots of women in India have been subjected to this social evil. The National Family health survey (NFHS) 2015- 2016 states that 99.1 percent of the sexual violence cases go unreported and an average Indian woman is 17 times more likely to encounter sexual violence from her husband than from others.

The legislators of the country put forth the argument that it might be detrimental for the Indian family structure if this change in the statute is allowed almost overlooking the fact that this exception is violative of the pristine fundamental rights that our constitution provides.

Violative of Article 14 and 21

Article 14 of the Indian constitution states that there shall be equality before the law but the State has to follow an intelligible differentia wherein like should be treated alike and different treatment of people who are in different circumstances. The test of intelligible differentia has been laid down in the case of State of West Bengal vs Anwar Ali Sarkar wherein it has been held that that the differentiation or classification needs to have cogent nexus with the purpose sought to be realized by the statute in question. The exception acts as a sledgehammer in the statute wherein it creates a stark difference between women who are married and those who are unmarried. By the creation of this exception, the section fails to deny the very protection to married women for which it has been devised. The distinction so created neither has a rational nexus with the statute so created nor does it serve the purpose sought by the section.

Similar has been the view of the J.S Verma committee report constituted to recommend changes in the criminal law system which emphasised highly that the exception related to the marital rape should be done away with and that marriage is never an irrevocable consent to sexual acts and that wife is never a subservient chattel of husband.

The exception also violates Article 21 of the constitution which provides for Right to life and personal liberty. The Apex Indian court has in various cases expanded the meaning of ‘life’ in Article 21 by quoting the observation of Field J in the American case of Munn v Illinois wherein it has been stated that the term ‘life’ means much more than an animal existence. The inhibition against its deprivation extends to all those limbs and faculties by which life is enjoyed. In the case of ‘State of Karnataka vs. Krishnappa it has been held that sexual violence is an intrusion of the right to privacy and sanctity of the female’. In the case of Suchitra Srivastav vs Chandigarh administration it has been held that Article 21 includes the right of a woman to make reproductive choices. None of these judgements differentiate between a woman who is married and the one unmarried. Also, none of the other offences mentioned in the IPC propagate such an arbitrary and repulsive differentiation between a married and unmarried woman. Section 375 is the only anomaly that remains. Henceforth, the contrast created by the section is violative of Article 14 and 21 of the Constitution.

Time and again has the Indian Judiciary held that the exception is a dying provision and needs to be done away with. In the case of Sakshi vs Union of India reference was made to the case of R v R [1991] 4 All ER 481 in which it has ‘been held that a husband and wife are equal partners in a marriage, therefore a husband not being criminally liable for raping his wife if he has sexual intercourse with her no longer forms part of the law of England’

In the case of Satyawati Sharma vs Union of India it has been held that legislation that might have been reasonable and practical at the time of their enactment may become redundant, arbitrary and unreasonable with the lapse of time. Similarly, exception 2 of IPC over the years has become redundant and serves no purpose in modern day India. In the case of Nimeshbhai Bharatbhai Desai vs State of Gujrat it has been held that wilful perverted sexual acts with wife would amount to cruelty under 498A of the IPC because then the normal sexual relations which form the basis of a happy married life would come to a standstill and a husband having sexual intercourse with his wife is not using her just as her property but filling the marital consortium.

What we can discern from all these judgments is that sexual intimacy between the husband and wife is one of the major building blocks of their relationship. The kind of intimacy husband and wife want to have in their relationship needs to be thoroughly discussed and should be done with mutual consent of both of them. If the female is not willing to have any kind of perversion in their intimate life, then it is clearly her choice and she has all the rights to do so. Forcing her against her will, would amount to cruelty and eventually be violative of all the rights our virtuous constitution gives her.

Therefore, it is high time that the polarity created between married and unmarried women by the statute needs to be done away with. The married daughters of our country need to have a life filled with dignity and respect; that the laws made to inoculate them do not act against them. Although, an act of caution has to be seen while enacting this provision. That is, men should not be at the receiving end of this new change in law. There has been an alarming rate of rise of false rape cases in India, because the only pre-requisite required to file a rape case is the statement of a women. Therefore, various innocent men in India suffer unknowingly that they might at the receiving end of section 375. What is to be seen is that after removal of exception 2, the section is handled with utmost care and precision which allows both men and women to be equally treated by the statute and that only genuine cases of marital rape come to the court retrenching its time and the value of the justice delivery system.