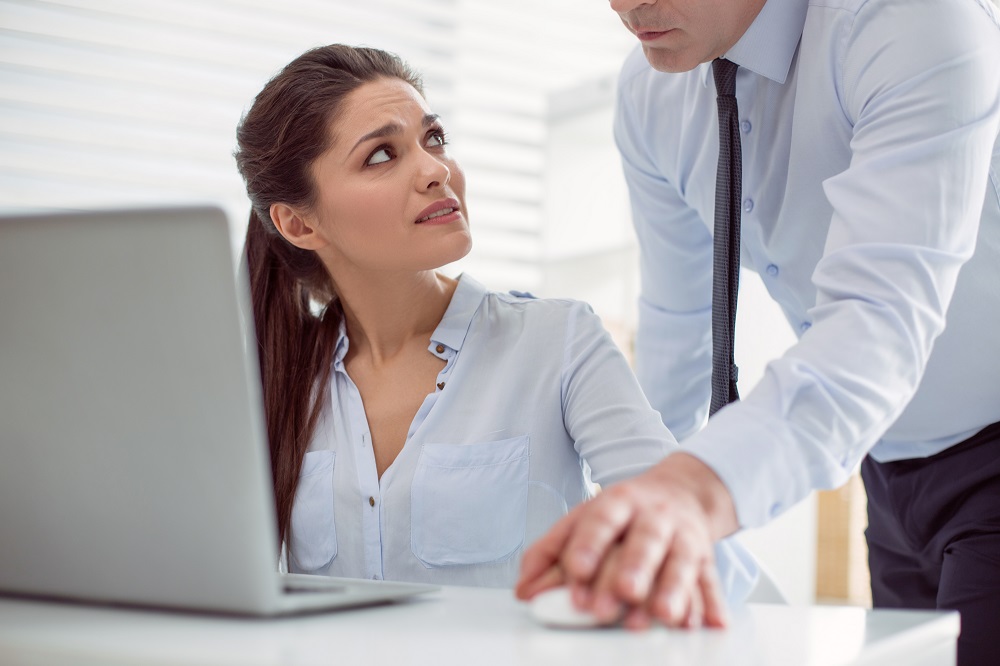 Indian society has been patriarchal from its very inception giving rise to gender inequality as its root product. Among all other forms of gender inequalities, the instance of sexual harassment is the ugliest as they don’t just show the social backwardness and frivolous thinking but also affect sufferers’ physical and mental health; destroy their confidence hampering their psyche and reputation along with leaving a forever horrible mark. Undoubtedly, the hassle of women’s sexual harassment is not of a recent origin and has ever existed in society and with women stepping into formal professional space, the issue taking the shape of workplace sexual harassment entered there as well. The reports suggest that on average nearly 81 per cent of females have experienced some sort of sexual harassment and three-quarters among them were harassed in the capacity of an employee by someone senior to them.

A large body of research suggests that workplace sexual harassment is a consequence of power differentials. It is not primarily a result of physical access rather a mirror reflecting male power over women. Many analysts argue that it is a tool used as an equaliser against women in power, rather than instigated by sexual desire. It is a way for men to dominate and control women, who are seen as non-conformists and have risen to positions that have been traditionally occupied by men. It is even argued that sexual harassment as an act is deeply embedded within organisational practices and policies and thus needs to be examined within the specific context and women employees with tentative tenure, economic vulnerability, or those who are self-directed are inclined to experience sexual harassment.

Unfortunately, despite earlier notoriously famous “the butt-slapping case” and other unreported incidents, it was only in 1997 when the Hon’ble Apex Court of India in the landmark judgment of Vishaka v. the State of Rajasthan considered the matter and recorded the instance as a clear breach of the right to equality and dignity. The Court went on to formulate legally binding guidelines as a helpful redressal mechanism established for safeguarding the said rights, popularly known as “Vishaka Guidelines”. This step was taken taking into account the fact that then-existing laws in India (penal and civil) were not sufficient to bestow special armour to women from sexual harassment in the workplace and that the ratification of a new enactment will require substantial time. These guidelines were in operation for almost thirteen years before being turned into well comprehensive legislation. Hopefully, at present, the country has full-fledged dedicated legislation in this regard, namely Sexual Harassment of Women at Workplace (Prevention, Prohibition and Redressal) Act, 2013.

Crucial Definitions under the Act, 2013

sexual harassment: Sub-clause ii, iii, iv and v of section 2(n) which deals with the expressed or implied unwelcome acts or behaviour demanding or requesting sexual favours, making sexually coloured remarks, showing pornography and any other unwelcome verbal or non-verbal conduct of sexual nature, respectively, confirms that any “unwelcoming behaviour” can be construed as sexual harassment. In Apparel Export Promotion Council v. A.K. Chopra, the Judiciary had affirmed that “any act or gesture that intends for or has the appearance of modesty, whether explicitly or impliedly point toward or has the potential to affront the modesty of a female employee must fall under the broad definition of sexual harassment.” For instance, even “incessantly messaging an employee on her handset with unsuitable kinds of stuff, against her will, is Sexual Harassment inside the connotation of the Act.” Notably, the “intention” of the accused is immaterial for an act to be considered as sexual harassment.

‘Aggrieved Woman’: The territorial applicability of the Act extends to the whole of India and the personnel applicability of the Act is extended to cover ‘aggrieved woman’ as defined under Section 2 (a) that implies as “a woman, of any age” “whether employed or not” is within the purview of the Act. A few days back, in Pawan Kumar Niroula v. Union of India and others, the Court opined that the provisions of the Act will apply to the students of the school as well.

‘Workplace’: The Act covers both the organized and unorganized sectors and encompasses dwelling houses and various governmental and non-governmental organizations within the ambit of the ‘workplace‘ under sub-clause (o) & (p) of Section 2. In various cases, the Court interpreted that the definition of the workplace should be inclusive and non-exhaustive. Similarly, in Saurabh Kumar Mallick v Comptroller and Auditor General of India and Anr, the court highlighted the need to consider the development in technology in the sexual harassment arena. Likewise, in Sanjeev Mishra v. Bank of Baroda, the Court observed that “with the global shift to the work from home model owing to the on-going pandemic, more individuals and particularly women are finding themselves vulnerable to online sexual harassment,” thus workplace includes digital platforms as well.

Thus, it may be best to refer to the Internal Complaint Committee (ICC) all misconduct with sexual undertones. The ICC may then refer the matter to the regular disciplinary committee if, after analysis, it is of the view that the complaint does not relate to acts of a sexual nature, as suggested by Madras High Court in M Kavya v The Chairman, University Grants Commission (2014).

Fortunately, the timely judicial review of the POSH Act by various High Courts and the Supreme Court has provided some clarity on its various provisions. The judiciary continues to bear the torch for women’s rights by upholding the right to dignity at work and has steadfastly refused to dilute some of the provisions of this law on grounds of hyper-technicality or procedural infirmities. In, Nisha Priya Bhatia v. Union of India, the two-judge bench of Hon’ble Apex Court remarked “We implore courts to interpret service rules and statutory regulations governing the prevention of sexual harassment at the workplace in a manner that metes out procedural and substantive justice to all the parties”,

After more than 8 years of its enforcement, the Indian workspace has hopefully started unabashedly accepting the existing menace of workplace sexual harassment thereby facilitating moves to curb it. The recent years have shown some admiring initiatives in this regard. For instance, in 2017, the Ministry of women & child development has introduced the “SHe-Box“, a virtual complaint portal for all women workers making the mechanism of filing complaints easy and more accessible. In the same vein, by order dated January 7, 2022, Allahabad High directed to install several complaint boxes in the court premises to make the complaint filing process smoother for women employees of the High Court against instances of sexual harassment.

There is no doubt that we have come a long way in acknowledging, handling and curbing the widespread hurdle of workplace sexual harassment and the POSH Act has been instrumental in bringing out radical changes. Further, the role of the Judiciary in expanding the scope, ambit, and mandatory compliance scheme of the Act has been remarkable in particular. Nevertheless, to ensure satisfactory implementation strict compliance with the Act is essential. To conclude let us all “see gender as a spectrum instead of two sets of opposing ideals” as for fighting against such issues the mindset needs to be changed first.