Home » Blog » Yes, I was overprotective and over concerned! 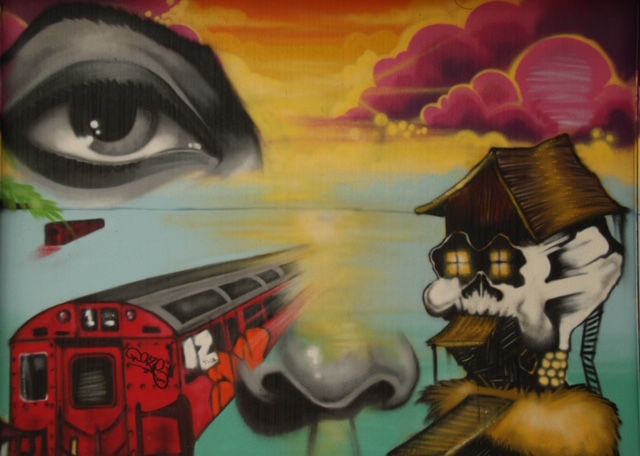 It was a sunny afternoon in May 2008 and we both were interning in Delhi. She was my closest friend at that time. Suddenly, she called me up and said that she was at the bus-stand, all set to travel to Dharmshala (McLeodganj) on her own. I told her that she “should not”, but she refused. We fought (the war of words) for a few minutes and I failed to convince her. Left with no choice, I called up her father and told him her intentions to travel all by herself, as I knew he would not allow her to travel solo and also that she would not go against her father’s decision.

Few years later in 2010 when I was working in Mumbai, I was introduced to the concept of couch-surfing by my flatmate. We got an opportunity to host two girls from two different countries, who were traveling on their own for about a year before they met in Malaysia and decided to travel to India. One of them was a Scandinavian girl, about 21 years old, who could easily beat any good model by her looks. After a part of their journey, the other girl left for her country, while the Scandinavian girl continued travelling India on her own.

There was this foreign girl of just 21 years travelling India alone, facing as many challenges as India offered and still enjoying her journey and experiences to the fullest. She flew back from Mumbai and at our farewell dinner, I curiously asked “Did you face extraordinary challenges in India, which you would not expect while travelling to other parts of the world?”. And her reply was “No!”. In the last few years, I have met and even hosted hundreds of solo travelers including girls, and trust me I still haven’t heard a negative story. Of course, there are a few bad stories here and there, and that exist in almost all societies but overall I only hear tales of adventure, and a great time that most girls have, travelling solo.

A few months back, I was speaking to a very close friend who has a big corporate job, living alone in Mumbai and earning way more than her expenses. When we were finalizing our plans for a friend’s wedding in Rajasthan, I encountered the same problem – her parents not allowing her to travel alone. We talk a lot about women empowerment but here is this lady earning more than many men earning out there, who has stayed in three different countries and living in Mumbai for last six years on her own but still restrained in her freedom of movement. I don’t want to generalize this, but I am sure this applies to many girls and women out there.

After having travelled a bit on my own both in India and abroad, having discovered the fun of travelling alone and having met many travelers (of both genders), I realize how over protective and over concerned a person I was. Infact I tried to shield that friend from many challenges that may come up during travelling alone. And today I can question – Isn’t this an absolutely wrong approach? By shielding her, are we not denying her the right to grow as a person and as a human being? Are we not encouraging her to lie to us? Aren’t we making a mockery out of this women empowerment issue? Even if a woman becomes a CEO of a company and still has a limited freedom of movement, is she empowered in a real sense? I think traveling around the world and most importantly meeting people will give the real meaning to empowerment because it’s the fear of the unknown that stops us from venturing into this big wide world.

Ofcourse, travelling alone comes with a big responsibility – a responsibility to take care of oneself and that applies equally to a man and a woman. If a man can be responsible, why can’t a woman be? The only thing we need to ask is, whether you are a man or a woman, are you responsible enough to take care of yourself? Trust me once you have broken this barrier, you will be a better person because you would have learnt to deal with those many different, difficult and challenging circumstances that travelling alone may present.

Today, when I sit back and think about that afternoon, I know I was wrong and was just over protective and over concerned. Well we all have a right to be concerned but we should trust our girls, women and their wisdom once they have crossed that level of maturity. I do promise that if tomorrow my girlfriend/wife and /or my daughter (if I am blessed with one) wants to travel alone in India or abroad, I would not be that over concerned and over protective man I once was and would not obstruct her freedom of movement and her right to travel alone.

Roshanara Begum: A Princess or a Powerhouse?

Roshanara Begum: A Princess or a Powerhouse?