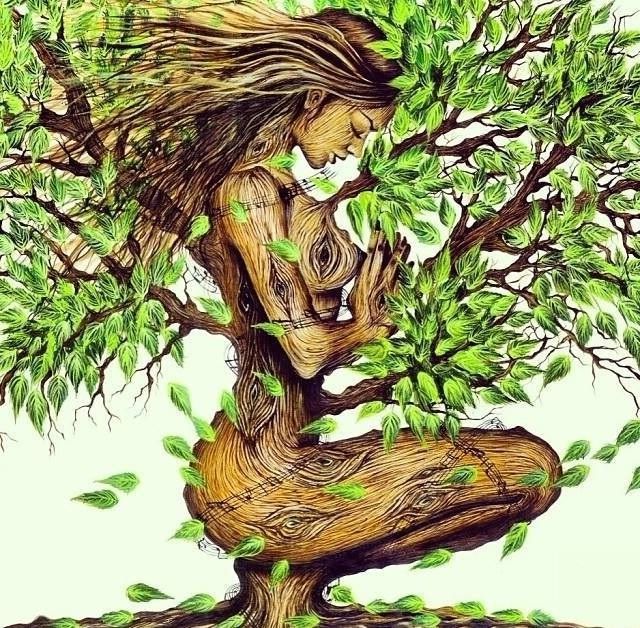 The intricate link between the environment, women, and male domination

‘Environment’ literally means everything that surrounds us and affects an organism during its lifetime. According to the Environment Protection Act, 1986, Environment is defined as “the sum total of air, water, and land and the inter-relationships that exist among them and with the human beings, other living organisms and materials. Feminists and environmentalists have linked the oppression & subjugation of women and the exploitation & degradation of our Mother Earth – the link being – Patriarchy. Ecofeminism is a movement that acknowledges these links that connect the exploitation and domination of both nature and women under a patriarchal society.

The term Ecofeminism was first coined by a French feminist Francoise d’Eaubonne in 1974 in her book Le Feminisme ou la Mort. According to Mary Mellor, a British academic, “Ecofeminism is a movement that sees a connection between the exploitation and degradation of the natural world and the subordination and oppression of women.” Ecofeminists examine the effects of gender in order to determine the ways in which patriarchal social norms exert unjust dominance and oppression over women and nature. Drawing parallels between the exploitation of women and nature and the identification of both as passive and powerless, the ecofeminists also promote a positive identification of nature with the reproductive capacity of women.

The ecofeminist movement developed from diverse beginnings, nurtured by the ideas and writings of a number of feminist writers including Vandana Shiva, Susan Griffin, and Carolyn Merchant. In the broadest sense, ecofeminism is a distinct social movement that blends theory and practice to reveal, and eliminate the causes of the denominations of women and of nature. Vandana Shiva, an Indian environmental activist and anti-globalization author, has a massive contribution to the global Ecofeminist movement. She was one of the women involved in the famous Chipko movement, which resisted industrial forestry and logging in rural India. Vandana Shiva titles her feminist theory “political,” or “subsistence” ecofeminism; her work dealing with “third world” women, whose lives are adversely affected by the forces of corporate globalization and colonialism. Maria Mies and Vandana Shiva first published Ecofeminism in 1993, which explained the links between the oppression of women and the destruction of the environment. As an ecofeminist, Shiva believes that the worldview that causes environmental degradation and injustice is the same worldview that causes a culture of male domination, exploitation, and inequality for women.

Shiva believes that women have a special link to biodiversity, and are the best custodians of earth-health through their knowledge of heterogeneity of life. Women are often the people who are most directly involved with subsistence work, and are the safeguards of natural resources needed to sustain the family and community. When Vandana Shiva argues, “the marginalization of women and the destruction of biodiversity go hand in hand,” she is describing the commonality of gendered and environmental oppression, as well the specific location of women as vulnerable to monoculture capitalism. Shiva argues that “women’s work and knowledge is central to biodiversity conservation and utilization both,” as that is what allows the reproductive cycles of the earth to sustain life. When the environment, specifically farming, is fragmented by the productive desires of capitalism, she explains, it is women who move between to link the interdependent systems that have been falsely and dangerously isolated from each other. In addition, women are particularly marginalized by their alienation from the seeds. Shiva shows how the reproductive, cyclical nature of women’s work is being imitated and perverted by biotechnology companies in the name of monoculture. Shiva writes, “women produce through biodiversity, whereas corporate scientists produce through uniformity.”

Ecofeminists contest the assumption that “human interests are superior to non-human interests, and men more valuable than women, the rich more valuable than the poor, whites more valuable than blacks, and the First World more valuable than the Third World.” Moreover, ecofeminists expose the masculine bias of western science and technology, which tries to control and appropriate nature – “both the human female reproductive capacity and the reproductive power of non-human nature.” In sum, ecofeminists state that just as women’s role has been to fulfill the demands and aspirations of men, correspondingly, nature is supposed to have an innate constitution of catering to human needs. Hence, they point to a mutual association between oppression of women and degradation of nature, as both, women and nature are exploited by men.

As with all forms of feminisms, scholars have raised objections to the concept of ecofeminism.  One objection deals with the central claim of ecofeminism: women have greater connection to the environment or that women are disproportionately affected by environmental degradation. One might object to the assertion that patriarchal ideology is the actual cause of environmental abuse. Some ecofeminists are accused of merely attempting to reverse the male-dominated gender bias, possibly creating new, subtle forms of women’s oppression. Referring to a lacking overarching definition of “ecofeminism,” Dr Richard Twine has described  it as “differing accounts that wove together a perceived interconnection between the domination of women and nature,” all forms of ecofeminism do share a commitment to developing ethics which do not sanction or encourage either domination of any group of humans or the abuse of nature. Dr Richard Twine speaks more about the history and evolution of ecofeminism in its different forms.

Although personally, I am neither a great believer nor a supporter of ecofeminism, this idea of how women and mother nature are oppressed and exploited the same by the sons of earth, needs more thought – politically, ideologically and psychologically. I might have disagreements with certain claims of ecofeminism, such as the one claiming that women are disproportionately affected by environment degradation, but the central idea that emphasizes the liaison between women and nature exploitation under a patriarchal society is something that needs utmost attention. Vandana Shiva boldly asserts,