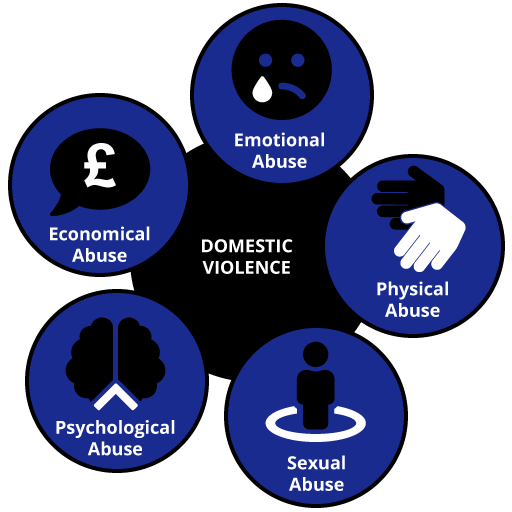 Lockdown – although used as a protective measure from COVID-19 pandemic, has also exposed the ugly truth about domestic violence in India. Many women and girls have been stuck inside homes with their abuser and many have been thrown out of the house in this difficult time. One such story is narrated by a woman in New Delhi which debunks the myth that urban society is progressive and away from the clouts of patriarchy. Her struggles include a horrifying saga of sexual, emotional and economical abuse meted out to her by her husband and in-laws.

In a complaint filed before ‘Crime Against Women’ Cell in New Delhi, the complainant describes how the economical and emotional abuse started right from the day of her engagement. The couple met on a matrimonial website (jeevansathi.com) and with the consent of both the families their Roka was done. The complainant was a working woman employed at IndusInd bank but she had to resign from her job as the in-laws were not in favour of her working after marriage. The husband’s family owns a store of diamond jewelry in Kolkata. They claim to have a certain reputation in society that the woman’s family did not keep up with in the engagement ceremony. In order to compensate for the same, demands for dowry in the form of car and luxurious wedding ceremony were placed on the complainant’s family which were duly met by them. The complainant has provided a detailed account of the amount spent on the event, jewellery and gold ornaments by her parents in the complaint and the total value sums up in crores. As a common practice in India – the bride’s family finances the wedding so this doesn’t come out as shocking to many that such demands were made by the husband’s family and humbly obeyed by the bride’s family. However, this practice shows an age old patriarchal tradition being carried on even today, taking a massive economical and emotional toll on women and their families.

But in the complainant’s story, the ordeal doesn’t end here. Despite all the demands being met, she recounts several instances of being ridiculed by her sister-in-law for not having an extravagant lifestyle and for not bringing enough dowry. The in-laws have even gone to the limits of buying expensive clothing and jewellery for the complainant and making her father make the payments for them.

Not restraining themselves to the economic abuse even after marriage, the complaint goes onto describe the instances of emotional and sexual abuse by her husband and in-laws. She writes that the first time she established sexual relations with her husband, to her shock, she realized that he had erectile dysfunction, but despite his inability of having sexual intercourse, the husband took some medicines and forcefully had sex with her. Without the complainant’s consent, her husband forced her into oral sex which caused her a serious trauma. She describes further – that under the influence of alcohol, her husband had intercourse without her consent on multiple occasions. As per the complaint, sexual abuse was not limited to their bedroom but continued even during their foreign trips. The complainant narrates that she was forced to go to strip clubs and participate in strange practices like couple-swap by her husband. One time on a trip to Finland, her husband forced her to participate in an orgy with sex-workers but on the complainant’s protest, he stopped, but kept taunting her for being regressive. She was constantly forced to accompany her husband to massage parlours and participate in unspeakable sexual acts which were extremely derogatory to the complainant.

The complaint also describes instances of economic abuse. Right after the wedding, complainant’s in-laws took all her jewellery including streedhan and kept it with them. However, to the utter shock and dismay of the complainant, she found out that her jewellery was kept on display in their showroom to be sold. Due to in-laws’ demand of not working after marriage, the complainant was financially dependent on her husband but she was not receiving any money from him for personal maintenance. She says that her husband used to make her do the accounts work of his store and show her income on paper but did not give her a single penny. The complaint also narrates how her husband even exploited her on multiple occasions to smuggle jewellery through customs at various airports.

The complainant tried to save her marriage multiple times. Every time her husband would physically abuse her, her in-laws would assure her that such action won’t be repeated in future but it was the same story after few days. Her ordeal had reached a point where she even attempted suicide but her husband did not care. As soon as the COVID-19 pandemic started looming in India, the complainant’s in-laws started forcing her to get Rs. 2 crore to save their jewellery business. The complainant tried to explain her in-laws that her father is in-debt since the wedding and cannot afford the amount being demanded by them, due to which her father-in-law got so enraged that he forced himself upon the complainant. She somehow escaped from his grip and locked herself in the room. This incident shattered her completely and the next morning which was the very first day of nation-wide lockdown, she was thrown out of her matrimonial house. Borrowing some money from her parents, the complainant managed to reach Delhi and started living with a relative till she could arrange a place for herself. After all that she went through, the complainant mustered some courage to file a complaint and demanded for her rights. The complaint has reached the doors of the court and she has demanded her rightful maintenance from the husband. The complainant is not only fighting for her rights but also preparing for UPSC exam during this difficult time.

Unfortunately, while this may look like one story – there are many educated women who go through the same ordeal. If women reading this story can muster up the courage to speak up against violence and injustice of all kinds, perhaps we will gradually see a shifting on the culture, where women will not be treated as objects but as human beings with a voice, will and equal say in every matter concerning them. If you know someone who is suffering from Domestic Violence, please encourage them to file a complaint with the National Commission For Women through their online complaint. All women are also eligible for pro-bono legal services, from the National Legal Services Authority. Finally, please encourage them to seek out lawyers, NGOs who are working on this if need be. Silence is not the option.

We wish her all the very best in her endeavors and hope that justice is served to her.