Home » Blog » What’s next for Mirabai Chanu after winning Silver at Tokyo Olympics 2020? 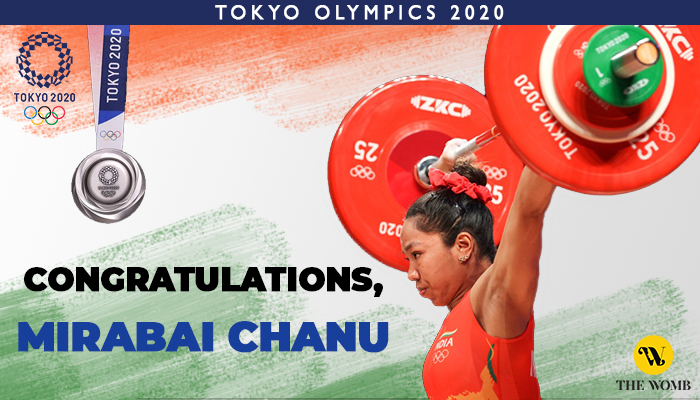 Manipur’s Mirabai Chanu tweets, “Finally, its a dream come true for me,” as she wins India’s first silver medal at Tokyo Olympics 2020 in the women’s 49-kg weightlifting category on Saturday. Mirabai lifted a total of 202kg (87kg + 110kg) to finish second to China’s Hou Zhihui, who won the gold with an Olympic record total of 210kg.

Mirabai’s journey in the sport was not a planned one. As a child, Mirabai would go to the jungle to pick firewood, which the family needed to cook food. Her brother recalls how Mirabai showed strength even as a small child by carrying more wood than anyone else. At the age of 12, she had gone to the Khuman Lampak Stadium in Imphal to get herself enrolled in archery. When she found the archery centre closed, she stepped into the nearby weightlifting arena to enquire about archery. It was then that the weights and weightlifting apparatus attracted her attention and she got hooked to the sport for life. Mirabai strived hard at that young age to adjust her training to her school schedule. She had to change the bus twice from her village to traverse a distance of about 20 km to reach the training centre every day at 6am.

Mirabai’s first breakthrough was in 2014, when she won silver at the Glasgow Commonwealth Games in the 48kg category. After a heart-breaking performance at Rio Olympics 2016 and recovering from multiple injuries, Mirabai’s win at the Tokyo 2020 is an example of what resilience, hardwork and persistent determination can do. It seems that the setback in 2016 Olympics only thrust Mirabai forward. She won a gold medal at the World Weightlifting Championships in 2017 and at the Commonwealth Games in Australia a year later. In 2018, Mirabai Chanu was honoured with the Rajiv Gandhi Khel Ratna and the Padma Shri. In April 2021, she set a world record in clean & jerk at the Asian Weightlifting Championships held in Tashkent.

“Mirabai comes from a middle-class family and had to struggle a lot to pursue weightlifting,” says N Kunjarani Devi, the most celebrated Indian veteran weightlifter, who hails from the same State.  “Her parents and family supported her and she also took care of them once she got a job with the Railways. She also got cash awards for winning medals at the Commonwealth and Asian Games,” she added.

A number of sports celebrities, ministers, and fans took to Twitter and congratulated Mirabai on her feat. In addition to the pride, love, and praise, Mirabai would be awarded a sum of Rs. 40 lakh on winning the silver medal, as announced by the Indian Olympic Association (IOA) yesterday. Most of all, the name “Mirabai Chanu” will be marked in history and she will be remembered as an Olympic medallist forever, inspiring women for years to come.

What will be next on Mirabai’s mind? Will she be preparing for gold at the next Olympics or will she focus on the next Asian or Commonwealth games? While she decides, Indian Twitterati have already started planning on her biopic!

What is the Applicable Law if an Indian Marries a Foreigner : An Analysis