Abortion Law in India: Not Quite There…

In Conversation With Two Generations of Women… 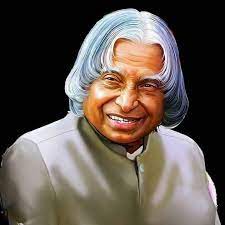 Dr. A.P.J. Abdul Kalam was one of the rare personalities held in high regard, respected, loved and prided by people across religion, political parties and differing ideologies. After the “People’s President” returned to civilian life, he continued inspiring thousands through his writing, public service and lectures at several Universities. Many of his speeches stressed on the role of women in nation building and advised young girls to try to become good leaders. Today, on our loving former President’s sixth death anniversary, let’s review excerpts from his speeches and writings, and try to honour his ideas on the need for an inclusive nation of empowered women.

“When it comes to burning social issues like those related to women, dowry, girl child and others, we make loud drawing room protestations and continue to do the reverse at home. Our excuse? ‘It’s the whole system which has to change, how will it matter if I alone forego my sons’ rights to a dowry.’ So who’s going to change the system?”

In his first speech as President in Central Hall of Parliament, July 25, 2002:

“When the women are empowered, society with stability gets assured”

Address at the Inaugural function of the elected women Sarpanches, New Delhi, August 27, 2003:

“The responsible citizens, particularly women are all the more important for the nation as their thoughts, the way of working and value system will lead to fast development of a good family, good society and ultimately a good nation.”

“…a woman with her inherent characteristics such as compassion, patience, perseverance, honesty, sensitivity to social issues, constructive approach towards problem solving and hard work, will be able to play a vital role in realising this mission. Such women, when empowered through the democratic process, can collectively produce spectacular results.”

“Of late, the incidence of crimes against women has gone up and the role of the journalists, particularly women journalists, has become quite crucial in such cases. Nobody can understand a woman’s problem better than another woman and therefore the role of women journalists becomes all the more critical. Womankind, known for its innate humanness, sympathy and compassion is best suited to tackle all problems. Particularly, when there is so much emphasis on reformative approaches rather than retributive one.”

Interaction with students at Avinashalingam University, 2006:

“If women get into the Assembly, they would bring some order. We can also hope to see developmental politics instead of political politics if more women enter the scene. Universities and educational institutions should aim at generating employment and not employment seekers.”

Speech at the “Meeting extraordinaire” organised by G.V.G. Visalakshi College for Women, July 16, 2010:

“A nation will be empowered only when its women population got empowered.”

A part of his speech that appeared in newspapers on 25 March 2013, as a part of Gillette India’s Soldiers for Women Campaign:

“I firmly believe that the respect that its women enjoy tell us how developed a country is. Equally, I truly believe that in every man burns the courage to stand up against any injustice done to the other gender. He has demonstrated this over centuries, and we must salute and further this quality.”

“In my 80 years, I have interacted with many great women’s minds. Their professionalism, contribution to family and society have left a permanent imprint on me. And I am sure everyone has similar inspiring memories.”

“Our nation has a noble tradition of respecting women, and all good minds must unite to eliminate the inhumanities which blot our traditions. When we respect women we respect our nation. All men must stand by and stand up for all women. In this, they would be doing nothing more than nurturing their own inherent goodness, be the best they can be – and act as a morale booster for others of our gender.”

In his autobiography, ‘My Journey: Transforming Dreams into Actions,’ Dr. Kalam’s love and regard for the women in his life is evident. In a special chapter dedicated to his mother and his sister, Dr Kalam describes how two of them together symbolized for him the “resilience and resourcefulness of the ordinary Indian woman.” These initial lines from a poem Dr. Kalam wrote on his mother, beautifully capture what his mother meant to him and from where his noble ideas for women empowerment were born:

Rameswaram Mosque Street, all merge into one,

Today, as a tribute to Dr. Kalam, let us administer an oath exclusively in ‘Kalam style,’ and commit to do our best to bring about a change in the lives of women around us – in education, employment or healthcare – in whichever small ways we can. Let us pledge: “I will work in my life to change the lives of at least 20 women by empowering them through education and awareness in different spheres of life.” Start today: “Small steps lead to big changes while big steps keep us stuck.”