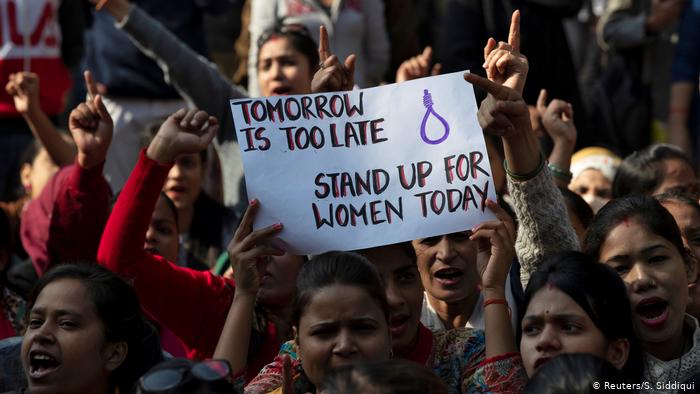 Rape within marriage is an extremely serious and oft overlooked issue. While rape has been considered a legal crime in India since a long period, marital rape continues to be considered an exception to the crime of rape.

What does the Law say?

Despite several challenges to this law and reports by various bodies recommending the removal of marital rape as an exception to the crime of rape, like the Justice Verma Report, the government continues its protection of rape within a marriage under the misguided garb of protecting ‘Indian culture’ and ‘Indian family values and traditions’. A married woman can only seek protection against marital rape under the Protection of Women from Domestic Violence Act, which is a civil legislation, restrained in the remedies it can provide, unless she is estranged from her husband – in which case she can claim a criminal remedy.

Internationally, India is also a party to conventions like the Convention on the Elimination of All Forms of Discrimination Against Women (CEDAW) that hold marital rape as a crime – thus creating an obligation for India to act on criminalising marital rape. In the recent Justice KS Puttaswamy (Retd.) & Anr. vs Union of India (Privacy Judgement), the Supreme Court has also recognised the right to physical integrity and sexual autonomy for all persons under Article 21 of the Constitution of India. Marital rape is a violation of one’s fundamental rights and freedoms as guaranteed by the Constitution of India. An ongoing petition, RIT Foundation v. Union of India and All India Democratic Women’s Association v. Union of India, challenging the exception of marital rape as a crime under Indian law is also underway. The Gujarat High Court, however, has been forthcoming in denouncing the act of marital rape and has strongly recommended its criminalization. Despite this, the Delhi High Court, in another case, dismissed a petition seeking the criminalization of marital rape recently. The Court justified this decision by relying on the principle of separation of powers holding that criminalization of offences was the sole prerogative of the legislature and that the Court lacked the requisite constitutional sanction to rule otherwise.

Statistics and oral evidentiary accounts paint a horrifying image of the status of marital rape in India. 94% of rapes in India are stated to be committed by someone the victim knows. A UN Women study of 2011 states that one in every 10 women has suffered sexual assault by her husband and that one in three has faced physical violence from her husband or intimate partner. The International Centre for Women and the United Nations Population Fund conducted a study in eight states of India which looked at the prevalence of marital rape and sexual violence, amongst other issues, a third of men in these States admitted to having forced a sexual act upon their wives/ partners at some point in their lives. The UN Population Fund states that more than two-thirds of married women in India, aged 15 to 49, have been beaten, or forced to provide sex, by their husbands. Additionally, data shows that women are 40 times more likely to be assaulted by their husbands than by strangers. The 2015-16 National Health and Family Survey (NFHS-4) data shows that 11.5% women have reported having faced some form of sexual violence or rape by their husbands. Different research studies repeatedly highlight the prevalence and high incidence of marital rape in India.

While we shouldn’t need numbers to justify the criminalisation and want for social action against the crime of marital rape, these glaring figures make a strong case against the continued dismissal of marital rape as an issue by the judiciary and the government and highlights the need for the issue to be re-examined, legally and socially. Rape is rape, and when committed within the bonds of a relationship of trust, like that of a marriage, it is in fact more aggravated in its psycho-social impact.

Addressing Marital Rape in India: The Way Ahead

Marital rape in India is a problem exacerbated by patriarchal societal structures and eons of social conditioning. It has deep roots in the social conditioning of persons, the prevailing idea of a woman as the property of her husband, a lack of understanding of consent, spousal power dynamics and the inability to see marriage as a relationship between equals and not one that is male dominated. To effectively address the issue of marital rape, future action has to look at both preventive and curative measures.

To effectively tackle the issue of marital rape, these solutions need to be worked on in tandem, with a priority to be given to legal reform to ensure the creation of a right against the crime of marital rape. Education and media based initiatives are required to build in social change and work as a measure to prevent the crime, while the survey will provide a dataset to create better solutions to the issue. Services that provide support to survivors are necessary to ensure that actual justice takes place.

*Vandita Morarka is the Founder and CEO of One Future Collective. She is a development policy consultant, legal researcher and gender rights facilitator. She can be reached at vandita@onefuturecollective.org. **Uttanshi Agarwal is a student at School of Law, Christ University, and a research intern at One Future Collective.