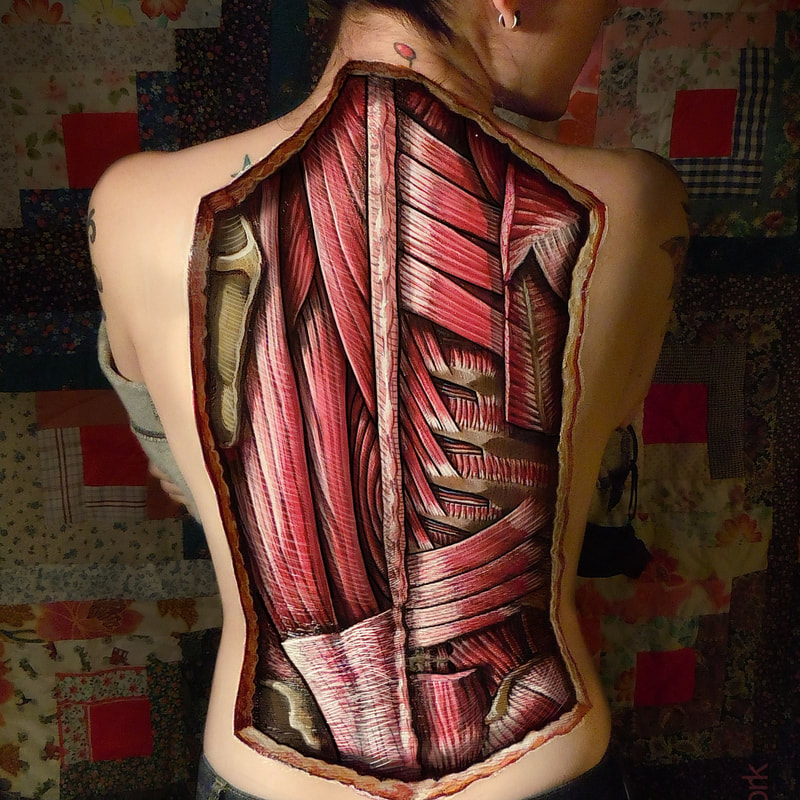 Today’s feminist discourse often criticises age old Indian societal cliché- ‘boys should not cry and girls should not laugh loudly in public’. The term ‘politics of body’ constitutes two concepts in which the first concept ‘politics’ signifies the power or power relation and ‘body’ signifies the human body on which this power is exercised. Together it simply means the creation, regulation and control of human body by the power at different degrees in a society- it is cultural or social or any other type of control. Michel Foucault, a French philosopher and political activist, points out that the body is produced through power rather than what it is called ‘naturally formed’ and bodies are controlled and subjugated through certain techniques in the mechanism of the society. The body of the baby, whether it’s a male or a female, while growing up undergoes several subtle societal mechanism of behavioural control. This simply forces them to adopt specific sets of attributes following the strict generalised norms which are produced by ‘relations of power’ to tie up the body with certain behaviour and roles. The motive behind is “Control over body” and this is politics of body. It’s not only the female and transperson bodies which are controlled but also the male bodies.
Here, this part focuses on female body, since they have remained the prey of societal control to maintain general norms of sexuality and male supremacy. It is this societal mechanism which also creates, defines and pressurizes to maintain the notions like ‘female purity’. Foucault believes that sexuality is not a natural quality of the body but rather the effect of specific power relations.
It is important to understand the position of “essentialism” regarding ‘body’ to understand the ‘politics of body’ in which the meaning of women body has been naturalized. Essentialism believes that there are properties essential to women and shared by all the women. Essentialism is similar to providing a universal stand that these properties are common to all women and are essential to be a woman at all. It becomes a feminist concern because if these properties are shared by all women and are necessary to be one, then it can be identified that these are natural properties. Thus, women’s necessary properties are identified as biological. Feminist Alison Stone points out that essentialism views that:
“all women are constituted as women by their possession of wombs, breasts, and child-bearing capacity.”
The second wave feminists criticized this view, among them, the socialist feminists argued by bringing in the ‘social constructionism’ which relies on the distinction between natural sex and constructed gender. This is mainly the sociological approach to gender. The sex-gender distinction is an attempt by feminists to solve the theoretical problem and develop an understanding that gender is not derived from the natural body.

Alison Stone (1991) points out that Judith Butler, Moira Gatens, and Elizabeth Grosz, these thinkers argued that ‘our bodies are first and foremost the bodies that we live and the way we live our bodies is culturally informed and constrained at every point. Consequently, one cannot appeal to any unity amongst female bodies to fix the definition of women, since the meaning of bodies will vary indefinitely according to their socio-cultural location’.

Foucault, a post structuralist, denied the present structural meaning and position of the body/bodies. Foucault first makes use of the notion of the body in the essay, “Neitzsche, Genealogy, History” where he criticized traditional form of history on two grounds: a) as it is dominated by certain metaphysical concepts and totalizing assumptions derived from the philosophy of the subject; b) events are inserted in universal explanatory schemas and linear structures and are given false unity and are reduced to their essential traits or final meaning; which leads to deprive them of their own singularity and immediacy. By this explanation of Foucault it can be understood that how the myth of immutable meaning of female bodies and female qualities is structured and maintained. This is the display and fixation of monotonous pattern for a female body according to which it acts throughout the life.

Foucault (1984) points out that history is read to reconfirm one’s present sense of identity and any potentially disruptive awareness of alterity is suppressed. If you try to opt any alternate pattern to live then you will be suppressed. History is based on the constant struggle of warfare between different power blocks which attempt to impose their own system of domination and Foucault places the human body at the centre of this struggle between different power formations. McNay (1991) further points out the Foucault’s explanation of body:

“As the center of the struggle for domination, the body is both shaped and reshaped by the different warring forces acting upon it. The body bears the marks, the “stigmata of past experience,” upon its surface; “The body is the inscribed surface of events (traced by language and dissolved by ideas), the locus of a dissociated self (adopting the illusion of a substantial unity), and a volume in perpetual disintegration. Genealogy as an analysis of descent is thus situated within the articulation of the body and history. Its task is to expose a body totally imprinted by history and the processes of history’s destruction of the body” (Foucault 1984,83).”

Here, Foucault insisted on the body as historically and culturally specific entity. The most important contribution that Foucault’s theory of the body has made to feminist thought is to provide a way of conceiving of the body as a concrete phenomenon without merging its materiality with a fixed biological essence, for example: if she gives birth that does not mean that this biological function would further fix roles for her and limit her.

Initially, on a fundamental level, a notion of body is central to feminist analysis of the oppression of women because the large structure of gender inequality is built and legitimated upon the biological difference between male and female bodies. This structure, in patriarchal society, has naturalized that women are inferior to men and legitimized it with reference to biology, and the fact that women were attached to some biological functions. This simply means that an accepted notion was: sex is impacting gender and gender inequalities are the result of natural sex difference. This is how the politics of female body can be traced, for example: cooking and nursing has been naturalized as women’s job; girls have been attached to particular occupations like babysitter, nurse, cooks; even if the brother is younger then also it is the duty of the elder sister to serve water and food to him or talk to him with respect, even if the sister is younger than also she is expected to cook rather than elder brother who actually can cook at lower risk etc.

Within some types of feminists this is argued that the notion of natural sexual difference does not explain gender inequalities rather the natural body is used as a central tool in the strategies of oppression and to naturalize certain type of treatment to female body. Patriarchal logic uses sex to make oppressive systems obvious, as Monique Plaza puts “it is not the sex that gives shape to the social, it is because the social that is able to make sexual forms”.

For example the female sex has been given feminine characteristics through diverse social practices- grand celebration of first day of first menstrual cycle of a girl restricts her from certain outdoor activities, attires and friend circle. These bodies are controlled and framed in such a structure, in a patriarchal society, which further leads to imprisoning fit these bodies in a particular meaning of purity/female purity and then women are asked to maintain it. For example: parents often teach their daughters – a female body should not laugh loudly or should not widely open leg while sitting in public place otherwise she is considered a characterless body who is seducing male body. The question is why such ‘purity’? And even if it is then- Is purity only expected from female? Is male impurity more acceptable than female one?

Living in a city and reading this may make these words look a little outdated but what about those ‘female bodies’ which are part and parcel of non-metropolitan area? Even in cities the ‘politics of body’ exists in more modernized fashion. The term ‘gender’ must be questioned if we quench for equality. Why this generalization for control? The body must be celebrated without loading it with roles and attributes & accepting it with its beautiful unique identity which must develop naturally instead of artificial societal naturalization. The body should be treated as just the ‘body’. The fight is still on. The next part reflects light upon politics of transperson body and debate related to idea of sex as natural.