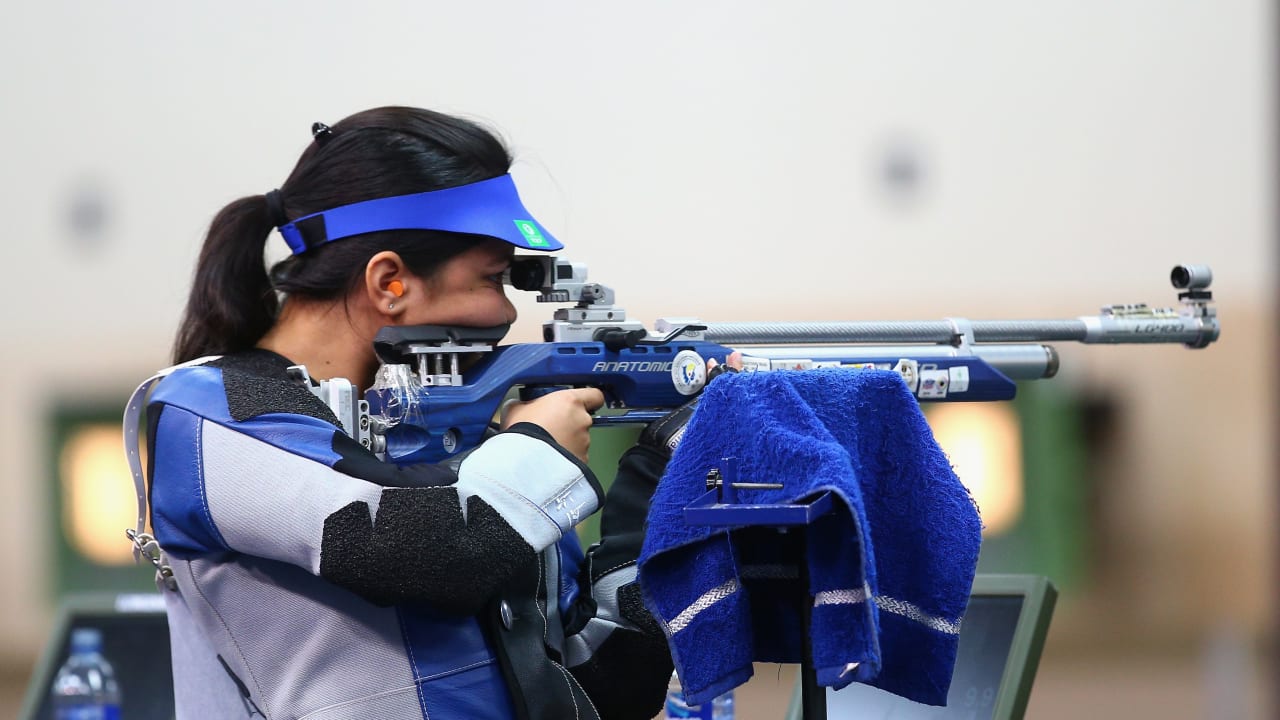 In this interview, Team Womb, spoke to Saumya Saksena – who is a sports enthusiast, a national level rifle shooter, and a former national level basketball player. She was a part of Indian Junior National Rifle Shooting Squad 2018-19 and has recently completed her graduation from St Stephen’s College, University of Delhi.

So How Did It All Begin?

As a young basketball player, Saturdays, for Saumya were always super exciting. She says – in addition to a little diluted training session there usually was a men’s vs women’s match. Although it was never entirely ‘men’ vs ‘women’, the court was often surrounded by vexatious audience to evaluate who were the real show stealers. Giving way to the success of conventionality, men (obviously always tall, always charged up, and always dunking baskets) were commonly celebrated as outstanding players of these matches. As much as she enjoyed these matches (due to the excitement of playing on a level field) she never saw herself as a player during most Saturdays.

During the tournament season, the aura of the men’s matches could never be matched with that of the women’s. Large groups of enthusiastic audiences besieged the courts to observe the super charged men’s matches. It indeed felt like these men ran on some electric charge increasing their voltage with every quarter. The aura of the audience during a women’s match, would not be the same. It would be a lot more mellowed down. Less cheering, less enthusiastic, and yes, not to forget the unwelcome comments. And even if there was cheering and enthusiasm, one could not be sure about the intent of half the people who came to watch these matches.  While men usually enjoyed sleazy comments which basically become their driving force, these comments only worked in a detrimental way for most women.

This is what made Saumya realise – “The prevailing social stigma around women’s endurance and strength is what pushes them down. It’s not their ability, it’s how they’re perceived.”

Yet these basketball days became the turning point of her life. She’s forever indebted to her teammates (many of whom are now family to her) and the lessons that she learnt during those days.

So How Did She Decide On Rifle Shooting?

The same year, she picked up rifle shooting. Ambivalent about what exactly her future held for her, she decided to trust her family with this decision and soon was seen winning medals in state championships. This sport was not like the other sports. When she started shooting, someone said “oh shooting reeks of masculinity.”

No, it’s not a manly game of guns and bullets. Through seven years of experience in this field, Saumya has seen a very balanced participation of both men and women, with a lot of instances of women doing better than most men.

A couple of years ago, the duration and the number of shots in all women’s event were matched with that of the men’s event. So to sum up, now both male and female Rifle shooters (talking about 3 Position specifically here) carry a 10 kg Weapon case + 25-30kg Equipment case and compete in a 4 hour long match consisting of 120 shots. The amount of people who are interested in watching the women’s matches is phenomenally large.

What Did Sports Teach Her?

While basketball helped her realise the importance of teamwork, providing her with a nuanced perspective about sports culture and the power of cooperation, Shooting, on the other hand, gave her the power to see herself as equivalent to men.

The opportunity to stand on the same level as men, without being restricted, is what brings out the confidence in women, as it did in Saumya’s case. On both good and bad days, she could easily walk upto her male shooter friends and ask them about their match, something that she could’ve never done as a basketball player.

This empowerment in Saumya, as a woman, is in stark contrast to the absolute sorry plight of female sports players across India. Every event that makes a woman feel empowered, is contrasted by a hundred heart shattering cases of gender disparities, shattering the essence of women, to the very core. But Saumya is a young sports person, whose life shows that if you can believe it – you can do it – inspite of whatever else may be going around you. She wants to encourage women all over India to pursue their dreams and career in sports and never give up on them. The society is changing, and will have to change – but each woman who pursues her dream in sports, only helps bring that change faster and moves us a nation, closer to the bigger dream of an equal India, where irrespective of gender, everyone will be able to partake in sports at an equal footing.

End of an Era – “Shooter Dadi” loses the battle to Covid