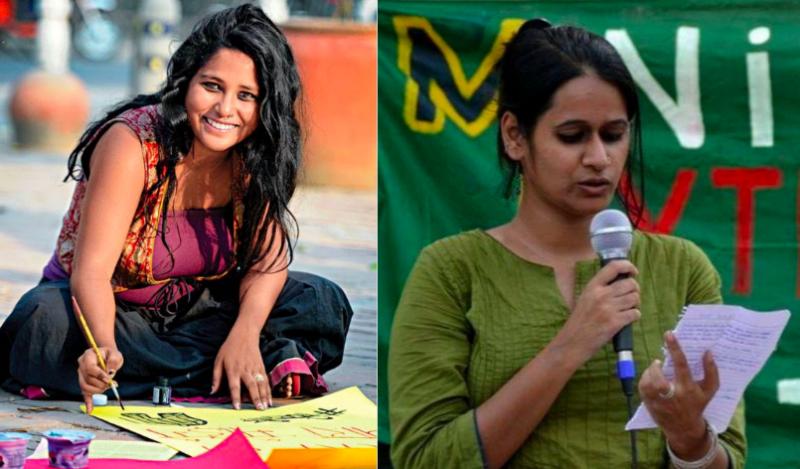 How ironic that the founding members of the Pinjra Tod (Break the Cage) movement were insidiously put behind bars by the Delhi Police during an ongoing national crisis. Young scholars of the Jawaharlal Nehru University, Devangana Kalita and Natasha Narwal were arrested by the Delhi Police on May 23, 2020 on the pretext of mobilizing crowds and taking part in the admittedly peaceful anti-Citizenship Amendment Act (CAA) protests at Jaffrabad, New Delhi.

Reportedly, the two accused women were fully cooperating with the Police during the investigation and as such there was no apprehension of fleeing from due course of justice. However, the brazen reaction of the Delhi Police to arrest them amidst lockdown exposes the misplaced priorities of our bureaucracy.

While Devangana and Natasha are facing three simultaneous probes in relation to the anti-CAA protests, on May 23, 2020, they were arrested in lieu of an FIR logged under Sections 147, 186, 188, 353, 283, 341 and 34 of the Indian Penal Code, 1860. Of these, Section 353 (“assault or criminal force to deter a public servant for discharge of his duty”) is the only non-bailable offence, meaning that the accused would not be granted bail as a matter of right and they would have to approach the court in order to be released on bail. The punishment for the offence under Section 353 being a non-bailable offence is also more severe compared to the other alleged offences and may include imprisonment upto two years, or fine, or both.

Interestingly, on May 24, 2020, Duty Magistrate, Ajeet Narayan granted the accused bail while recording that Section 353 invoked against them was “not maintainable”. The Magistrate in his order, observed that “Facts of the case reveal that the accused were merely protesting against the NRC and CAA and the accused did not indulge in any violence. Also, the accused have strong roots in society and are well-educated. Accused are ready to cooperate with the police regarding the investigation”.

Minutes after being released on bail, the two women were arrested by the Crime Branch, Delhi Police in connection with another FIR related to anti-CAA protests. Sections cited in the said FIR include serious offences such as rioting with deadly weapon, murder and attempt to murder, Sections 25 and 27 of the Arms Act, 1959 and Sections 3 and 4 of the Prevention of Damage to Public Property Act, 1984, among others. While the basis for such grave allegations remains unsubstantiated, the Police were quick to move an application before the Court seeking police remand for 14 days. The Police insisted that the accused were “active in anti-national activities” and their custodial interrogation was necessary. However, keeping in view that the matter is in its initial stages, the Court remanded the accused to police custody for two days.

Meanwhile, Twitterati has expressed some astounding opinions. Some went so far as to call the two student scholars a “toxic combination of communist, feminist and jihadist”, and some celebrated their arrest while tweeting “Leftist #UrbanNaxals gang of Pinjra Tod exposed for Instigating Violence in Delhi”. Amidst the Twitter storm were also some who have chosen to write off Pinjra Tod as a “terrorist group”.

Nonetheless, many have come out in support of the young activists. The accused women have been backed by the JNU Teachers’ Association as well as the JNU Students’ Union who have strongly condemned vilification of their students. Members of the women-led organization, Pinjra Tod, too came out with a collective statement denouncing the arrests as a “witch hunt of democratic activists and students” and have appealed to the student community and other citizens to remain vigilant.

Devangana and Natasha are not the only student activists who have been opportunistically arrested by the Delhi Police during the lockdown. Like others before them, their fault is that they are redefining resistance against those who are attempting to damage the social fabric of our beloved country.

These women are everything that the Modi government detests. They are fierce and fearless women, pitting a vision for an inclusive India. Both students of New Delhi’s Jawaharlal Nehru University, these women are attacking the idea of a Hindu nation one protest at a time. Their arrest confirms how unsettling it is for those dictating the orders to see two Hindu women fight the fight for their muslim compatriots.

You can arrest a person, but you cannot arrest an idea – Pinjra Tod is exactly that. Rest assured, so long as we have the likes of Devangana and Natasha, democracy will continue to run deep in India.

Views are personal. The author is a lawyer practicing at the High Court and district courts of Delhi. She is admitted to the New York State Bar and holds a Master’s degree from the University of Virginia School of Law, United States.