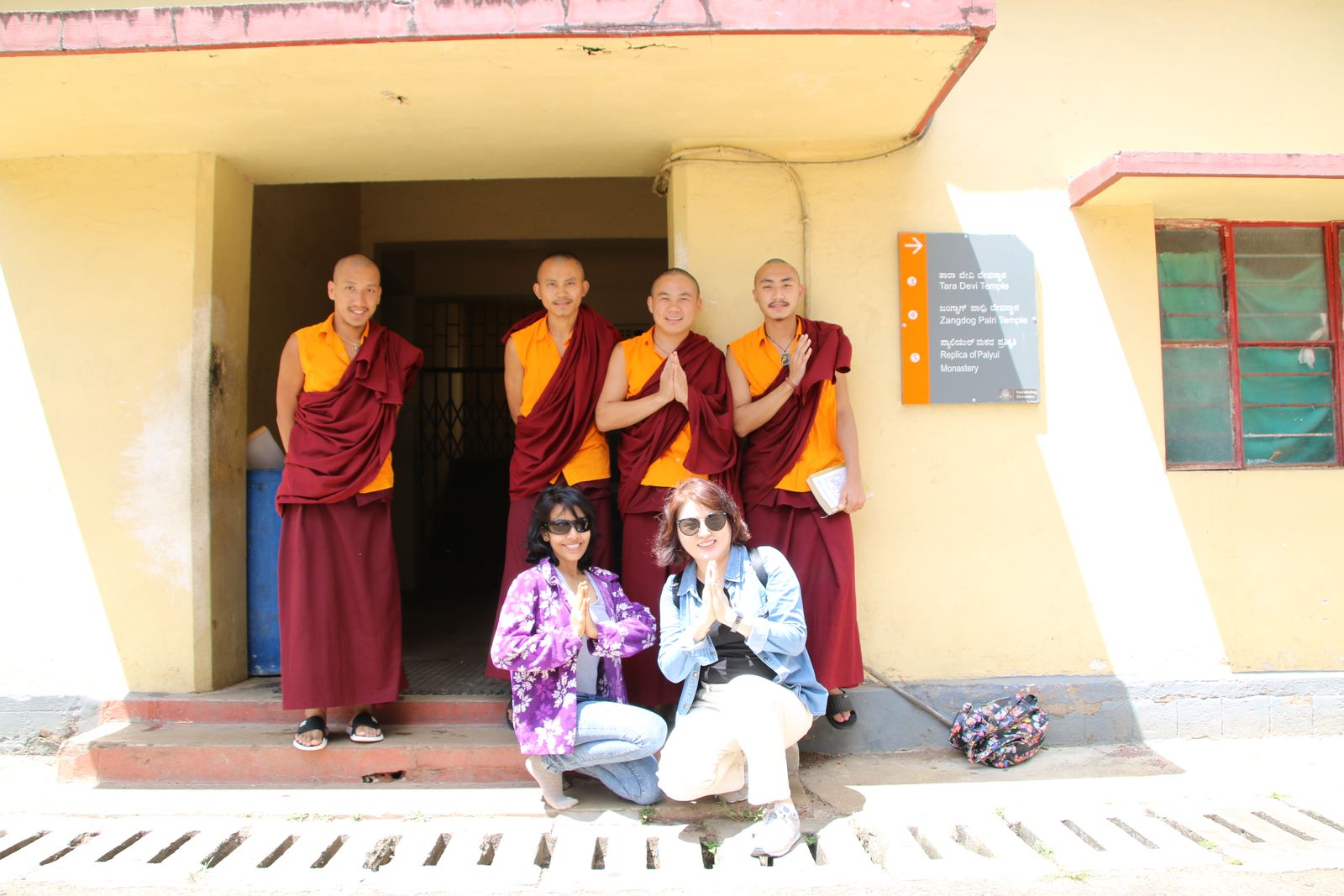 As we celebrate Buddha purnima (on 26th May, 2021), I am reminded of a great quote — ‘Women are the sun of the family.’ With the sun shining bright and beautiful in Tamil Nadu and DMK’s long engagement with women’s welfare programmes, be it micro credit or several assistance schemes for women, women are hopeful. Beyond the good and bad of the poll promises, women-centric government schemes have undoubtedly changed lives.

On 14 October 1956, at Deekshabhoomi, Nagpur, over 20 years after he declared his intent to convert to Buddhism, Dr. Ambedkar along with 365,000 of his followers  decided to embrace Buddhism. He is perhaps one of the biggest champions of women empowerment to have existed in India. His roar, “I measure the progress of a community by the degree of progress which women have achieved” is still heard all over. The Hindu Code Bill  challenged the basic patriarchal foundation. Women’s empowerment in the Buddhist period, even before 25 centuries, carried a contemporary significance because empowerment would bring enlightenment irrespective of gender and thus enable humanity as a whole to tread the path of righteousness, truth, peace, progress, prosperity and justice. Going by history, Buddhism is known to have flourished in Tamil Nadu in two phases, firstly in the early years of the Pallava rule 400-650 AD, and secondly in the Chola period mid 9th to the early 14th century AD with centres of Buddhism in Kanchipuram, Kaveripattinam, Uraiyur and Nagapattinam. At some  point of time, Buddhism declined in Tamil Nadu after contributing a great deal to the enrichment of Tamil culture and spiritual consciousness.

Teachings and practices of Buddhism assert that in the woman lies the womb of progress. Progressive societies owe a lot to this ideology that enabled women to have control over their own life.  To give women full freedom to participate in a religious life inspite of being criticized by the prevailing establishment is a task and Buddhist teachings are halfway there.  People still live to tell the history untold in textbooks. That is, people who resisted the imposition of Hinduism’s varna system were marginalised. Existential issues facing marginalized women are subjugation and arbitrariness masquerading as cultural practices. Lakhs of people are embracing Buddhism in various parts of India going on to prove the relevance of the faith in today’s society. Almost 87% of the 8.4 million Buddhists in India are converts. According to an IndiaSpend analysis of 2011 Census data, female literacy among Buddhists in India is higher (74.04%) than the total population average (64.63%).

India being the birthplace of Buddhism, this religion is part of India’s spiritual heritage. Indian women must be proud to know that the core Buddhist doctrine and its salvific path are essentially inclusive and do not discriminate between genders as much as the major religion of India. That’s why women were admitted into the monastic order. Today, centuries after Buddha advocated the right of women to be ordained, I’m not surprised to know that the status of nuns has declined. Sadly, deep sexism exists in religious institutions although the founder of the religion made sure the influence of Buddhism should be such that women must always have fair play. In a country where women are reminded in no uncertain terms that this is no ideal country for women — within or outside the home, it’s not unusual to know that nuns are placed at an inferior position as compared to monks like in every other religion. That nuns should speak after the monks have spoken, sit behind the monks in rituals and ceremonies, cannot hold the highest positions in any ceremony and bow down to a monk who has just been initiated shows how inferior the women have been placed in Buddhism too.  Above all, the religious assertion that a female nun can never reach Buddhahood though she can become an arhat is farcical. Modern scholars are unsure if these rules even go back to the times of Buddha at all.

Many a time I wonder if a religion that went beyond times to lay the essential foundations for eradicating discrimination towards women has patterns of misogyny in the form of Eight Garudhammas or  it is the cultivation of the mind (bhāvanā) that ultimately uproot the innate conditioning of all genders. There were times when nuns of Ladakh had no food to eat and a few even served their own families as domestic help. Despite the region being home to 28 nunneries, nuns never had a designated place to pray or live until 2012. Chattnyanling nunnery built by the Ladakh Nuns Association with the help of local villagers came as a much needed relief. Before the champions of women’s emancipation who advocated educational facilities and opportunities for women to make them efficient and active units in the process of religious, socio-economic and political development ushered in, women were considered inferior in India. And men seemed to have influenced the compiling, editing and interpreting of the religious doctrines. That’s why we see shades of misogyny in Christianity, Islam, Sikhism Jainism and Judaism and a whole lot in Hinduism. This inferiority issue is sure to have a greater impact in the Indian society for a long duration of time. Whatever be the Buddhist ethos, it’s effect will be negated in varying degrees by masculine superiority, by misinterpreting at least. I wish I could ask Buddha the reasons behind his initial refusal to grant the request of his aunt and foster mother, Prajāpati Gautami and her women to become monastics three times. Blame it on societal pressure and emotional barriers. After all, interacting positively with society and it’s prevailing norms helps a religion to thrive, doesn’t it!  About the 85 extra rules for the nuns and eight special rules  influencing the position of women in Asian societies that are slow to evolve, one must know that the teachings of the Buddha were only committed to writing long after his demise and whether the accounts had any veracity is still debatable.

Leaders of Buddha’s Light International, Taiwan have publicly rejected part of the Eight Garudhammas and other rules and teachings that imply that women are inferior to men. Before and after the pandemic hit, the world has come to know Taiwan fares better with a woman at the helm of affairs. Fortunately, Buddhism has found its way everywhere. In Sweden organized Buddhism has its roots in the 1970s and traditions flourish. Sweden has almost closed 82% of its gender gap. In highly modernized societies, deeply rooted Buddhist traditions have persisted, have been adapted to changing conditions, including only those which are necessary for an inclusive society and ignoring few writings of disciples prejudiced towards women. As the most trusted religion in New Zealand, Buddhism has in a way, directly or indirectly, contributed towards a rapid social and economic change wherein women are well treated and respected and  discrimination on the basis of gender is illegal. Examples are many. So, Buddhism is also like a seed. If it falls on good soil, then it produces a crop, yielding a hundred, sixty or thirty times what was sown.

Ideals of unconditional loving kindness and respect espoused by Buddhism will be relevant today if the gap between the ideal and practice is bridged with wisdom and nobility. Discriminatory practices and attitudes still exist in Buddhist spheres as doubts about the accuracy of the scriptures exist and misrepresentations are not clarified but viewed through the opaque prism of each culture as it spread across different regions. In India, monastic women are taking on key roles and with feminism gradually evolving, outdated religious prejudice and barriers are beginning to crumble. Virulent passages that present an ambiguous view of women must be ignored if not removed for Buddhism to flourish, so that more women walk the path of liberation to become arhats and to educate all about the consequences of discrimination. Around the world, an unacceptably large number of women are the victims of domestic violence, rape and even murder each year. Buddhism at its pristine and transformative core is genderless. It’s high time we promote any ethico-psychological system that facilitates the innate moulding of minds that makes social reforms a reality. On this Buddha Purnima, may we all reiterate the belief in Ahimsa (non-violence) and Karuna (compassion).

To this day, religious scholars and feminists are trying to figure out what it was about that time or moment when Prince Siddhartha Gautama decided to leave behind his wife, Yasodhara, and son, Rahula to pursue enlightenment.

Practicing an ideology/religion can sometimes be like maintaining, operating and flying a helicopter irrespective of  its design and manufacture. If someone decides to fly one, its design and manufacture doesn’t absolve the right minded aviator the responsibility of ensuring that safety and quality controls are given the highest priority. Just as insurance agencies must play a constructive role in support of better safety norms, religious leaders can choose what they profess or advocate for the betterment of humanity. Ultimately, it is the person who maintains/flies the machine, irrespective of the make, must ensure that the highest professional standards are adhered to at all times. Or don’t choose to fly it.

May good seeds fall on fertile soil. May the dark, darker and darkest holes of religions shrink and disappear. Happy Buddha Purnima to all who practise, profess and appreciate the goodness of Buddhism.