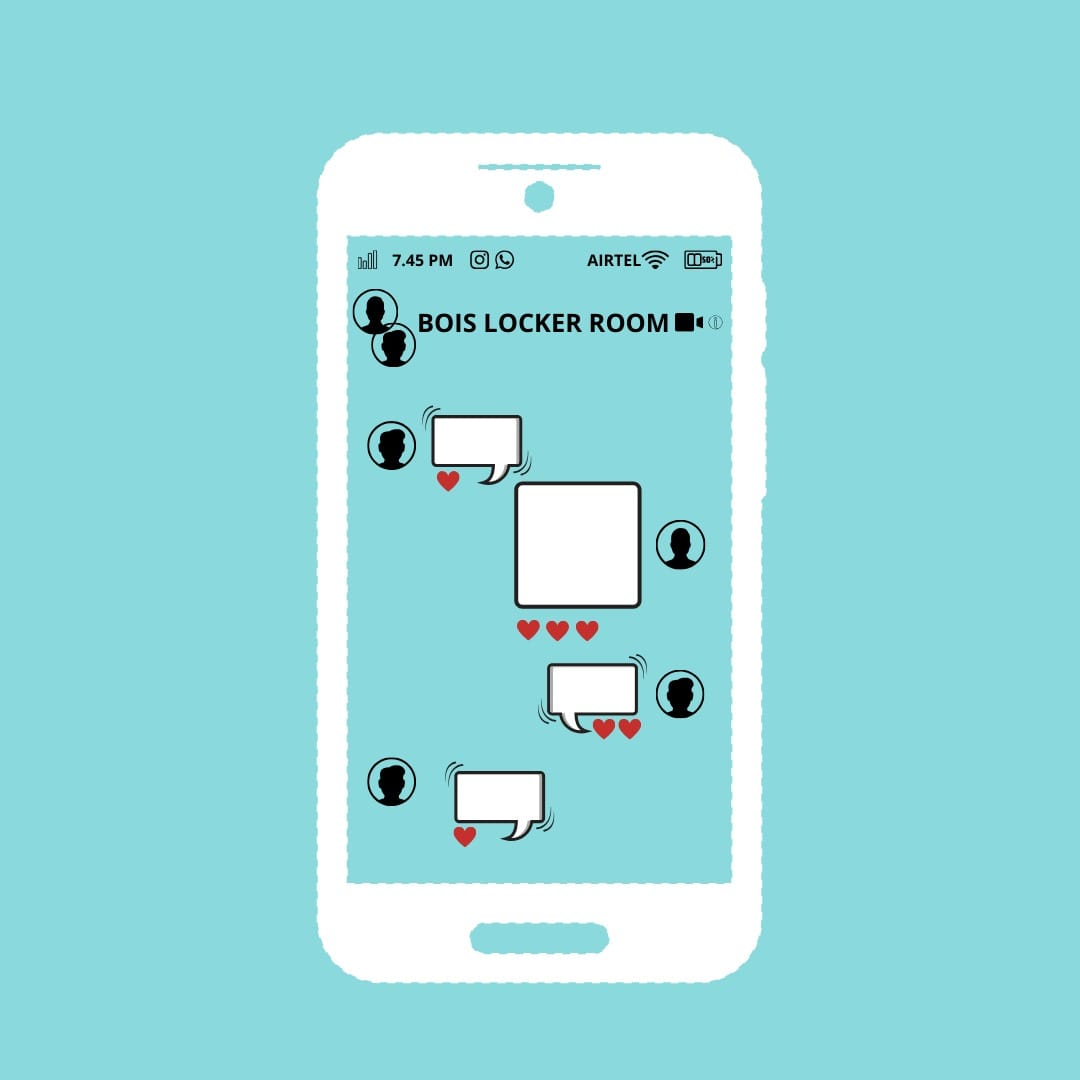 India is the country that has been known throughout the world for its rich cultural and social values which are often called ‘Sanskars.’ In general terms, these Sanskars are the major guidelines a person needs to follow throughout his/her life for a better status in society. These sanskars bind a person with some faithful obligations, respecting others and follow his/her literary sources. Many of such literary sources of Hindu mythology depict the phrase ‘Stri Shakti’, like Devi Sukta hymn of Rig-Veda which declares the feminine energy as the essence of the universe. We as Indians are the so-called followers to those Hindu scriptures as we are bound to be “Sanskari,” worship the women in the temple but unfortunately, do not seem to be empowered enough to ensure their safety outside the temple. Perhaps, the so called ‘duty’ of men to ‘protect’ the ‘fragile’ women of the house is limited to restricting women’s rights to freedom of movement, speech and to wear what they wish to. Giving proper values and morals to the sons of their house is probably not considered a duty important enough.

According to a report by National Crime Records Bureau, nearly 3.78 lakh cases of crime against women were reported in 2018 alone. Delhi government’s Women and Child Development Department reported that around 80% women in Delhi have a fear of safety. Naturally, because of the increasing number of crimes against women, they are losing faith in government and police. Therefore, there is a need to address this issue and build a nation free from crime against women to comfort them with freedom by ensuring safety.

Factors Responsible For The Crime Against Women In The Virtual World

As the years are passing by, the country is increasingly moving towards the digital world. The country is becoming digitally empowered with increasing internet connectivity and technological dependence. Modernization playing a vital role in this new digital era, social media acts as a prominent platform for modernization in this generation. Through social media, we all are connected 24/7. This connectivity sometimes creates a fully packed room where it is negligible or no space for privacy. This invasion of privacy is a core mentor for all the cybercrimes.

With news thrust upon us day by day, there is anticipation that we have achieved modernization at the cost of women’s safety. Every day there are several cases of cybercrimes against women; either their account is being hacked or their social media photos are leaked.  And all these cases that came out are just the tips of the iceberg as a lot of the cases are crumbled beneath the burden of society and lack of awareness. Several women face malicious tags, unwanted pictures, cruel comments, etc. every day but could not come out loud to speak about it due to ignorance or lack of awareness. Many of them don’t realize the wrong happening around or with them. Generally, we have all our data on the internet and we tend to think that it is safe. Though personal information being put online can be secured as most of the social media have security or privacy setting available, as mentioned earlier, majority of the people are not well versed with all these settings and they become a victim of cybercrime. Rekha Sharma, Chairperson for the National Commission for Women (NCW)  in one of her articles, mentioned that they receive a lot of complaints of such nature, and the numbers of complaints are increasing day by day as more and more people had started using social media platforms. “We usually forward such complaints to the police. Sometimes, if needed, we contact the social media organization concerned and ask them to take down objectionable pictures the perpetrator would have uploaded on the platform,” she said.

People often forget that the virtual world is not so virtual and the activities on social media have real as well as legal implications too. Most of the people are still unaware of the fact that even posting images of someone online, without their permission, is a crime.

Are The Laws Enough To Combat Cybercrimes Against Women?

In the legal arena, India has several laws to punish the wrongdoers of the internet world. The Information Technology act, 2000, drafts new laws which are related to cybercrimes. Specifically, Chapter XI of the Act deals with offenses such as publishing of obscene material among others, tampering with computer documents, and hacking. But neither there is any special provision in the Act for crimes against women and children, nor there is any mention of crimes like cyber-stalking or email spoofing. The act lacks a lot to be desired. Generally, wrongdoers are not afraid of any authority that can penalize cybercrime and internet bullying due transcendental nature of internet. Hence we are still lacking in constant evaluation of cyber laws and procedures.

Apart from laws there are sociological reasons which justify the essence of above mentioned question. One of such reasons is that we as a society witness a lack of reporting of these cases. Women rarely report these kinds of cases due to social ostracism. Most of the victims of cyber harassment could not come out due to associated stigma and propensity of parents/guardians to not involve the police in such matters. Another major problem that is pertinent in our society concerning such cases is the lack of education of proper procedures for registering a complaint. Coming back to the question here, laws and statutes can only be fruitful if the individual becomes savvy both online and offline; know how to take precautionary measures in cyberspace and how to seek recourse if their rights are violated.

Few days ago, there was a lot of hue and cry after a case of teenage schoolboys emerged where they shared nude pictures of minor girls, objectified them in the filthiest way possible. This case started the long due dialogue on the ignorance culture of the country when it comes to women’s safety. In the society we live in, women, despite having strong history, are suffering to have a strong stake in present conditions. Some people are still of that opinion that women are the provocateurs of all those incidents, and the victim often experience survivor-bashing. Studies suggest that many women blame themselves because they are socialized into victims’ roles and hence accept the responsibility of sexual abuse.All these opinions depict the mentality that society bears and transfers to the coming generation. In the existing structure, position of women is subordinate to men. Suffering from an equal position, the consent of women is alien to men. Because of modernization we now witness cases like Bois locker room, where man is using his power knowing that he won’t face any serious/legal consequences of the same. Though in the case of Bois locker room there was a lot of mixing up of the information, which later got clarified after the proper investigation – there was sharing of obscene pictures of women and girls on that particular Instagram group. Although it is not shocking, as it has become a new normal in the society we live in. This new normal depicts that we are still struggling to draw a line between misogyny and boy’s talk.

To conclude, there have been talks about women’s safety now and then. Whenever there is an issue like Bois locker room several women and men come out in support of each other but it vanishes as soon as the attention shifts to other pertaining issues around. This is where we lack as a responsible community as a whole. Despite discussing the issue on social media and sharing the factual information about the incidents, we need to look for effective solutions. Instead of just telling women and young girls to take care of taking security by them, we need to educate our society to respect women’s consent and their privacy. Self-security and awareness are important, and that is why National Commission for Women is running a Digital literacy program to make young girls and women aware of their digital rights and also to enable them to become informed users of social media. But these initiatives are not enough to curb these crimes if we have problems inside the mentality of the wrongdoer, which we need to tackle first. The bois lockers room incident is a red mark on the education that we all are giving to the upcoming generation.

The virtual world is, indeed, the mirror of the society. Therefore, it also reflects social dimensions of the real-world; this means that the sections of the society which are more vulnerable to crime are also more likely to be targeted online. Women are soft targets for virtual criminals as they have already been victimized by society. However, this incident was enough to alarm the quarantine population to start taking social media seriously and to understand that we all need to work together with the government to make the world safer for women whether it is real-world or virtual world. It is time we think and act beyond physical, virtual and digital protests, which surely prompt debates and provoke thinking, but are seldom transformed into laws and policies that ensure women’s safety, freedom and the right to ‘claim spaces’ – public, private and digital – in a variety of ways.