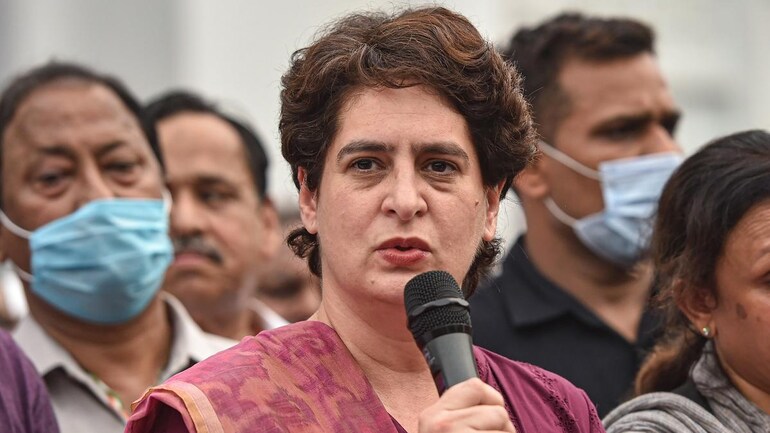 Congress party is bringing a big change in the country, starting from Uttar Pradesh, where it has given poll tickets to those who have suffered injustice at the hands of the ruling BJP.

Recently, Priyanka Gandhi came in news for empowering women by making them fight for elections. Asha Singh, whose daughter was raped and whose husband died in judicial custody, is to contest from Unnao on the Congress ticket.

An ASHA worker who was roughed up by the police, a Congress leader who was jailed during Anti-CAA protests, and now yet activist who was attacked during Panchayat elections are all amonst the first list of Congress candidates in UP.  Priyanka Gandhi does seem to walk the talk in UP. On the other hand, BJP gave a ticket to Kuldeep Sengar’s wife in the panchayat polls only to cancel it later.

Democracy is a government of the people, for the people and by the people, we were taught. But in reality, the democracy we have grown up with has been governments of, for, and by the politicians. For the first time in my memory, a major national party seems to change that.

Tickets have been granted to the most marginalized people born on the wrong end of the power structure, people who’ve known oppression, and people who have fought against it. They are survivors, not victims. They understand the pain, and will hopefully be empathetic legislators.

Yes, they may lack “experience and intimate know-how of the system”, and we have no idea of their competence since they have never been tested. But unless given the opportunity, how will anyone gain experience?

Some may dismiss this as “tokenism”. But why would a party that is fighting a “do or die” election risk pandering to tokenism? Congress is talking of empowering the marginalized, and they are walking the talk. I, for one, rejoice.

Whether the congress wins or loses, for the first time a major party has given tickets to the truly marginalized.

If change has to come, it can only come by empowering marginalized people who have known oppression. Others speak of upliftment, Congress in UP seems to be working towards it. It will be hypocrisy to dismiss it off on the name of tokenism, as it not only dismisses the challenges that will be faced by an abuse survivor to fight a tough political battle but also subscribes to the narrow-minded rape taboo. Instead of sympathizing over the “abuse” prefix let us be empathetic enough to acknowledge the importance of changing power structures, as that is the real fight in Indian democracy, much beyond elections.

Lasting social change will only come when the most marginalized are empowered to speak for themselves. And that’s what feminism stands for – true equality for everyone and recognising the humanness in everyone. For this, what’s needed is not passive defence of toxic masculinity but affirmative actions of bringing people from all diaspora to have a real chance at contesting and winning elections.

Thus, in a world of clashing interests – war against peace, nationalism against internationalism, equality against greed, and democracy against elitism, the UP elections are now a litmus test. It is a test of our humane credentials as to whether we subscribe to the idea of hate, violence, misogyny or love, peace, and progress. Whether or not, India will choose love over hate, is a question of time, but all we can hope for now is that the political fabric continues to strengthen itself to be inclusive.

The Iconic Contemporary Female Artist Of The Age: Bharti Kher