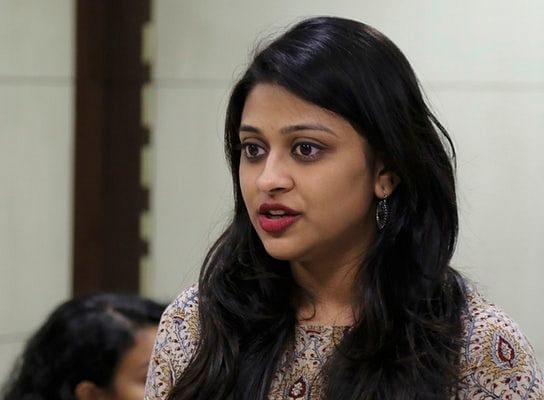 Women Empowerment is an umbrella term which has been colloquially used to refer to a class of affirmative actions that can bridge the gap which has festered as a result of the historical misgiving that persons who identify as ‘female’ have been at the receiving end of.

The key idea is to “start young”, claims Ms. Anannya Parekh, the social entrepreneur who has taken the city of Chennai by a storm by furthering the cause of Women Empowerment through institutionalising financial literacy in women of all ages. Through her organisation, ‘Inner Goddess’, with her team, she organises workshops, training, advocacy projects and campaigns for women to teach complicated financial principles that apply in everyday life. Anannya’s ‘Big Sister Programme’, runs on a model akin to a mentorship programme for underprivileged girls. The system connects them to professionals working in a vast spectrum of industries who offer them guidance and hence increase their access to opportunities.

The Womb team had a lively discussion with Anannya to find out more about her work and influences in life.

Anannya started ‘Inner Goddess’ at the age of 20 when she was studying Aerospace Engineering at the SRM University of Chennai. Anannya says that the idea of starting an initiative like ‘Inner Goddess’ came to her mind while pursuing her education, when she read the book “Lean In” by Sheryl Sandberg. She recalls, “It was 2 in the night when I finished reading the book and found myself frustrated and angry”. The book had her contemplate the situation of women around her and realize that gender discrimination exists at all levels. We often remain ignorant of it because we don’t see it as a problem having internalized it and often resign to the thought that this is ‘how the world works’. Lean In, she says, opened her eyes to the world of inequality and strengthened her determination to take a step in changing the status quo.

Anannya recounts that she turned to her parents for help on realizing that her privilege of being an educated woman with business acumen can be put to good use. Assembling a team of like-minded friends and acquaintances, she commenced organising workshops for women. This exercise helped her conclude that one of the key causes for women’s situation around the country is financial illiteracy. While financial illiteracy affects us everyone irrespective of gender, it especially affects women, as their lack of financial know-how makes them completely dependent on their spouse or family for money. This takes away the agency of women, who cannot digress from the opinions of their family members or spouse on every aspect concerning their freedom.

But financial literacy does not just mean putting money in the hands of the women, Anannya says. It requires that women should have the requisite information and knowledge to deal with it. Financial Literacy also encompasses the knowledge of managing the resources in hand and attuning them to the needs.

Thus, financial literacy becomes a necessity in this age. As a result, ‘Inner Goddess’ took the route of imparting education to women pertaining to finance.

Astonished at how young Anannya was when she started ‘Inner Goddess’, the Womb members asked about the hardships she faced when she began her journey at the age of 20.

Anannya answers with a chuckle, “Hardships are still there, their quality has advanced.”

Anannya further explained the sheer importance of financial literacy in a woman’s life, especially the ones hailing from an under-privileged background. “Financial literacy is a concept that is relevant to each one of us. I too had limited knowledge about managing my finances. It was when I started working on it, I realized that it is a core problem for whoever identifies as a woman or anyone from a marginalised group. Having the knowledge of money gives you the power of liberation and being self-reliant and thus diminishing dependency.” She continues, “It is important for women, especially, because the defined gender roles that persist in our society, women are often limited to household work and the head male member of the family manages all the financial resources, thus leaving women dependent on men.”

Acknowledging the role of class disparity, she says, “The problem is even more grave for women who come from low income groups because their devastation is worsened by poverty. Financial literacy is important for me but it is more important for them. It is the key to their liberation from the vicious cycle of poverty.” Anannya beautifully reiterates that this liberation will result in the amplification of their voices and struggles. The key aim of ‘Inner Goddess’ is to aid women in securing their true representation in the world.

Anannya says that inculcating financial literacy in girls at a younger age will go a long way in helping them make informed choices.

She explains that the business model of ‘Inner Goddess’, formerly known as ‘The Inner Goddess Academy’ is very fluid, and that they focus on “need-based education”. They aim at influencing policy decisions in order to bring about changing the status quo where the importance of financial literacy is gravely understated.

Anannya recounts a truly heart-warming incident when asked about the impact of her work. “We conduct a lot of workshops for which we require volunteers and a lot of school students also participate. This one time a teen volunteer girl shared her story with us. She told us how she is helping her 80-year-old grandmother invest in mutual funds. It was humbling to know that our initiative had an impact on the young girl and her grandmother’s life.”

Anannya is also a founder of another beautiful non-profit mentorship initiative called ‘The Big Sister Programme’. On being asked about how the programme came to fruition, she recounts, “Two years into running Inner Goddess, I wanted to have some grass-root level experience so I started volunteering at an orphanage in Chennai where I would spend time with young girls. I realized that the girls were so attentive and  curious about my education and the opportunities I have had in life. They were curious to understand how they could set and realise their own goals and  plan their careers. Growing up and through my journey of Inner Goddess also, I have been mentored by great people and more importantly I have had the privilege to have access to these mentors which these young girls haven’t. So, I would advise them and mentor them just like an older sister would. These interactions gave me the idea to start this program.” The Big Sister Programme thus became a platform where these girls could access mentors who can help them in building their lives. “So I contacted a bunch of my friends and asked them if they can take out some time over the weekends to help these girls out and they agreed. These people come from different fields of work. They are lawyers, doctors, architects, activists, artists who are well educated and excelling in their fields. Every 3 hours on weekends they hangout with these girls and answer their questions mentoring them like their big sisters.”

Anannya also has a fellowship at change.org called “women change makers” and she aims at institutionalising financial literacy. “Financial literacy is not streamlined into our education system. Other than a 2010-2013 NSE Financial Literacy Program and some mention in a few state governments’ syllabi, finance education is not a part of our school curriculum. We grow up learning various subjects that can help us build a career but we are not taught about how to manage our personal finances which is an equally important part of our lives.” With her fellowship program, she is working on a petition to make an appeal to the government for financial education to become a systematic procedure.

Lastly, members of The Womb inspired by her voracious reading, a habit she claims to have shaped her life, requested her to recommend some must-reads for everyone who is dedicated to the cause of feminism. Her first recommendation is a book by the critically acclaimed author Chimamanda Ngozi Adichie “Dear Ijeawele or a Feminist Manifesto in Fifteen Suggestions”. “We Should All Be Feminists” is another must-read from the same author. Her other recommendations include “A Room of One’s Own” by Virginia Woolf, “Bossypants” by Tina Fey, “A Handmaid’s Tale” by Margaret Atwood, “Men Explain Things To Me” by Rebecca Solnit and “Everyday Sexism” by Laura Bates. She also recommends essays by Gloria Steinem and Audre Lorde. Her next read is this book by Bell Hooks “Feminism Is For Everybody”.

Team Womb commends Anannya for her initiatives in being an ally and aiding the amplification of the voices of women. Anannya serves as the true example of the importance of innovation, one that is not bereft of social truths and realities. The mere acknowledgement towards the fact that one has privilege while others don’t is quite simply the beginning of a very important conversation. What is more important is the act of using that privilege to give the under-privileged a leg up. That’s where the education and the opportunities one has been exposed to begin to assume meaning.