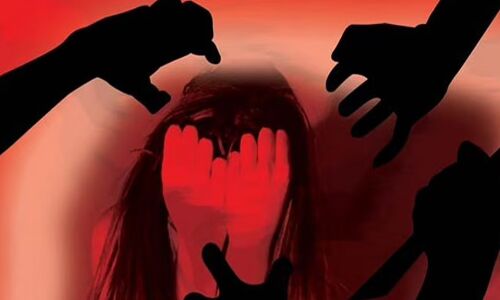 Domestic violence in India is an entrenched problem, and it has only been exacerbated in recent years. According to the National Crime Records Bureau’s (NCRB) ‘Crime in India’ 2019 report, about 70% of women in India are victims of domestic violence. One such manifestation of this domestic violence is Marital rape. Marital rape, forcing your spouse into having sex without proper consent, is an unjust yet not uncommon way to degrade and disempower women. Today, Marital rape has been impeached in more than 100 countries, but, unfortunately, India is one of the only 36 countries where marital rape is still not criminalized1. Even though many legal amendments have been done in criminal law for the protection of women, the non-criminalization of marital rape in India undermines the dignity and human rights of women, and it is also a big question mark on the legislature in respect to what the legislature is doing for saving right in of woman in marriage.

Marital rape is a sensitive topic, challenging to measure anywhere, but even more so in India – where most sexual violence is believed to occur within families and goes unreported. According to the Indian government’s latest National Family Health Survey, about 30% of Indian women aged 18-49 reported having experienced spousal violence. In terms of sexual violence, the average Indian woman is 17 times more likely to face sexual violence from her husband than from anyone else, according to the survey of 724,115 women.

Status of Marital Rape in India

The definition of rape codified in Section 375 of the Indian Penal Code (IPC) includes all forms of sexual assault involving non-consensual intercourse with a woman. Non-Criminalization of marital rape in India emanates from Exception 2 to Section 375. However, Exception 2 to Section 375 exempts unwilling sexual intercourse between a husband and a wife over fifteen years of age from Section 375’s definition of “rape” and thus immunizes such acts from prosecution. As per current law, a wife is presumed to deliver perpetual consent to have sex with her husband after entering into marital relations, which is the absolute crush of the problem concerning marital rape in India. In India, the concept of marital rape is the epitome of “implied consent.” Marriage between a man and a woman implies that both have consented to sexual intercourse, and it cannot be otherwise.

Moreover, married women may find it more challenging to escape abusive conditions at home because they are legally and financially tied to their husbands. In reality, Exception 2 encourages husbands to forcefully enter sexual intercourse with their wives, as they know their acts are not discouraged or penalized by law. Because no rational nexus can be deciphered between the classification created by the Exception and the underlying objective of the Act, it does not satisfy the test of reasonableness and thus violates Article 14 of the Indian Constitution.

In Justice K.S. Puttuswamy (Retd.) v. Union of India, the Supreme Court6 recognized the right to privacy as a fundamental right of all citizens. The right to privacy includes “decisional privacy reflected by an ability to make personal decisions primarily consisting of one’s sexual or procreative nature and decisions regarding intimate relations. In all these judgments, the Supreme Court has recognized the right to abstain from sexual activity for all women, irrespective of their marital status, as a fundamental right conferred by Article 21 of the Constitution.

Therefore, forced sexual cohabitation violates the fundamental right under article 21. The above conclusions reflect that Exception 2 to Section 375 of the IPC infringes Articles 14 and 21 of the Constitution. It is time that Indian jurisprudence understands the brutal nature of this provision of law and strikes it down.

Marital Rape defect the Spirit of Section 375 of IPC, the purpose of Section 375 of IPC is to protect women and punish those who engage in the inhumane activity of rape. However, exempting husbands from punishment is entirely contradictory to that objective, as the consequences of rape are the same whether a woman is married or unmarried.

Moreover, married women may find it more challenging to escape abusive conditions at home because they are legally and financially tied to their husbands.

Recommendation by the organization and committee

The United Nations Declaration on the Elimination of Violence against Women defines violence against women as “any act of gender-based violence that results in, or is likely to result in, physical, sexual, or mental harm or suffering to women, including threats of such acts, coercion or arbitrary deprivation of liberty, whether occurring in public or private life.” In 2013, the UN Committee on Elimination of Discrimination Against Women (CEDAW) recommended that the Indian government should criminalize marital rape.

The JS Verma committee was set up in the aftermath of nationwide protests over December 16, 2012. A gang rape case had also recommended the same. By removing this law, women will be safer from abusive spouses, can receive the help needed to recover from marital rape, and can save themselves from domestic violence and sexual abuse.

The Karnataka High Court, in significant Judgement, did not accept the husband’s argument that the charge cannot be framed against him due to the Exception to marital rape from the offense of rape as per Exception 2 to Section 375 of the Indian Penal Code. The Court observed that the “exception” can not be “absolute.”

From this Judgement, it is essential to look at the power of the world “ABSOLUTE” holds as per Exception 2 of section 375 of the Indian Penal Code.

Marital Rape Illegal in other countries:

Over 104 countries across the world have criminalized marital rape. In the United Kingdom, which the present Code primarily draws from, has also removed the Exception pursuant to a judgment rendered by the House of Lords in R v. R in 1991. India is one of the only 36 countries where marital rape is still not criminalized. Therefore, the Code made by the rulers then has itself abolished the Exception given to husbands.

More than two-thirds of married women in India, aged 15 to 49, have been beaten or forced to provide sex, regardless of their social-economic positions (UN Population Fund).

1 in 5 men has forced his wife or partner to have sex (As per the International Men and Gender Equality Survey 2011).

Indian law now affords husbands and wives separate and independent legal identities, and much jurisprudence in the modern era is explicitly concerned with the protection of women. Therefore, it is high time that the legislature should take cognizance of this legal infirmity and bring marital rape within the purview of rape laws by eliminating Section 375 (Exception 2) of IPC.