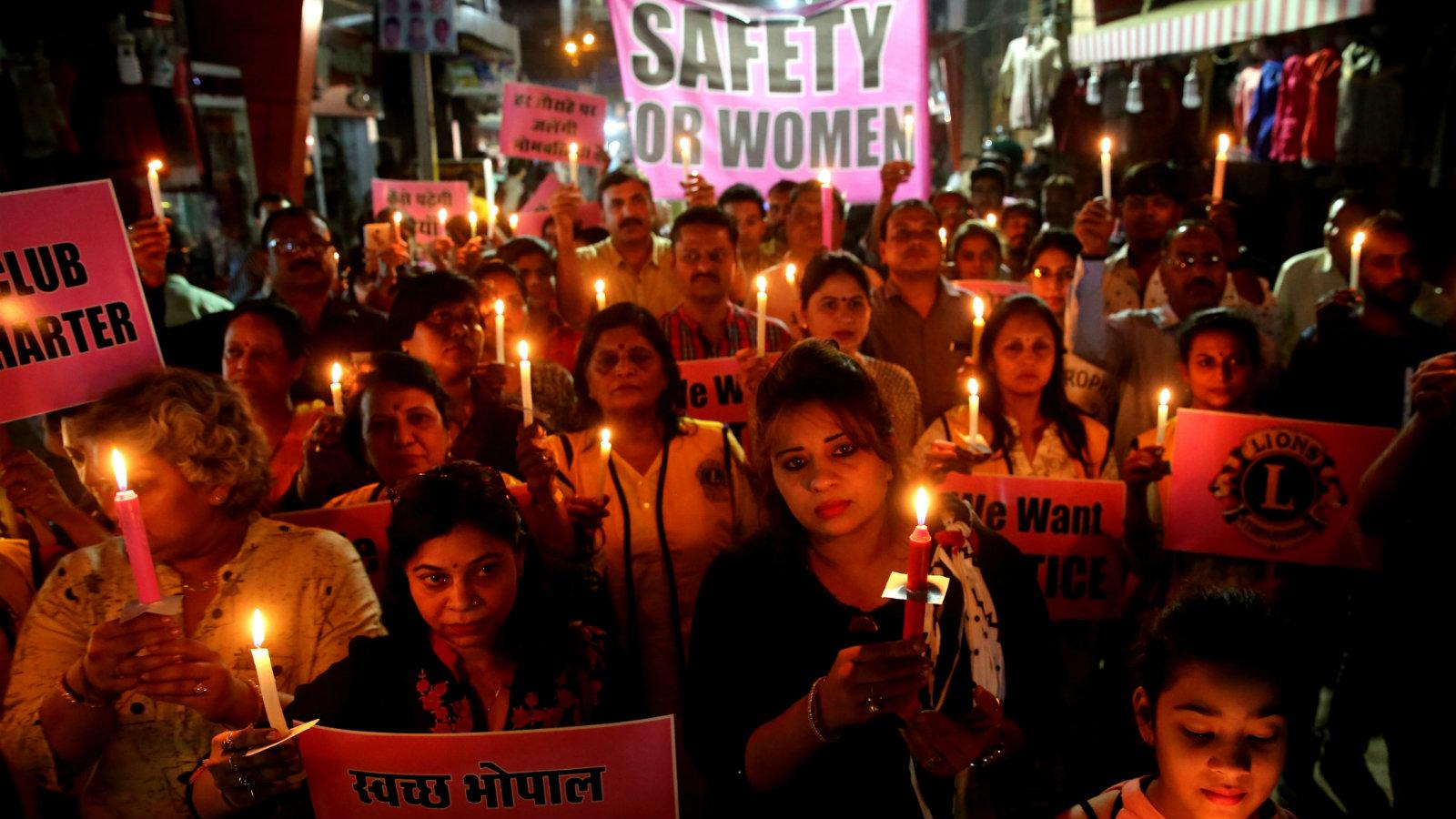 Rape has been defined under Section 375 of the IPC (Indian Penal Code, 1860),  which states that rape is said to have been committed when a man has sexual intercourse with a woman against her will, without her consent, by coercion, misrepresentation, or fraud or at a time when she has been intoxicated or duped or is of unsound mental health and in any case if she is under 18 years of age.  Rape is a form of gender-motivated violence in India. In the case of Sakshi v. UOI, the Supreme Court shed light on the definition of rape and held that only penial and vaginal penetration will be considered as rape within the purview of Section 375 of the IPC, thus narrowing down the scope of sexual intercourse as defined in the IPC. However, in 2012, a bench of justices Swatanter Kumar and Gyan Sudha Misra held that even if there is no penetration, it does not necessarily mean that there is no rape, while upholding the conviction of a man for raping a 11-year-old girl, despite there being no evidence of penetration. (The Hindu)

The Verma Committee had recommended that non penetrative acts against women, like stalking and groping, which are also a violation of woman’s bodily integrity and sexual autonomy, should be termed as sexual assault and be punished as rape. The legislature, however, did not accept the recommendation and retained the offence of ‘outraging the modesty of a woman,’ which is the provision under which all non-penetrative sexual acts continue to be prosecuted under Section 354 of the IPC. (THE WIRE)

To prove that consent was absent, the law’s aim should be to reduce ambiguity and alter definitions to mitigate the historic imbalance of credibility afforded to males but not to females. The most important factor to be determined in a rape is whether the woman consented to the sexual act. The law presumes that the accused is innocent. The burden is on the prosecution- victim to prove beyond reasonable doubt that consent was absent. Under Section 375, ‘willingness to participate in the specific sexual act’ can be conveyed ‘through words, gestures or any form of verbal or non-verbal communication.’ The focus is more often on if these ‘gestures’ occurred and not on what they meant.

Two recent cases shows that the Indian judiciary needs to be more sensitive in dealing with rape cases and not fall back on erstwhile sexist and misogynistic views that have emerged in numerous judgments.

In the Guahati Rape Case, the Gauhati High Court granted bail to Utsav Kadam, a 21-year-old accused of rape on the ground that the he is a talented student and is the state’s ‘future asset.’ The police had arrested the accused, a student of IIT Guwahati on April 3, for allegedly sexually assaulting a female student of the institute on March 28. The bench of Justice Ajit Borthakur in an order passed on 13 August granting bail to Utsav Kadam, observed, “as the investigation in the case is completed and both the victim and the accused are the state’s future assets being talented students pursuing technical courses at the I.I.T., Guwahati, who are young in the age group of 19 to 21 years only and further, they are being hailed from two different states, a continuation of detention of the accused in the interest of trial of the case, if charges are framed, may not be necessary”. The order was passed despite the fact that the court noted that there is a clear prima facie case against Kadam.

Last year, it was reported that a Civil Court in the Araria district of Bihar had sent a gang rape survivor to jail on grounds of disrupting court proceedings. Her only crime was having an emotional outburst and a nervous breakdown that emanated from the Court’s request to repeat her trauma over and over again. What seems to be a natural reaction for any rape survivor was misconstrued as ‘contempt of court’. The judiciary’s response to rape cases, specifically, rape survivors seem to fluctuate between insensitive and thoughtless to sexist and misogynistic. (ThePrint 2020)

In India, the class, and caste of the victim are used as means to discredit the victim. The colonizers used caste or class to gauge the reliability of the version of events stated by survivors and this is being continued to date. The rape adjudication cases in India involving a breach of promise to marry are also revealing.  In Kunal Mandaliya v. State of Maharashtra.

Justice Mridula Bhatkar observed that an educated woman could not have been deceived, and thus was not raped on the pretext of marriage. The judgement read:

The prosecutrix at the time of filing the complaint was 30 years old and was nearly 25 to 26 years old when the first incident of sexual intercourse took place. Thus, she was aware of the consequences of keeping sexual relations with a man and she was also aware that there may be differences between two persons and they may find each other compatible. The girl was highly educated and also 25 years old. Therefore, the consent cannot be said to have been obtained by fraud.

The court’s comment on consent shows how in the absence of an affirmative standard, a negative standard invalidates the experience of the woman and improperly shifts the responsibility of the assault away from the perpetrator and onto the victim.

The law, as inhumane as it is, however, is being defended by some eminent jurists who are in favour of leaving the provision untouched in order to protect the ‘Indian family values.’  It is important to acknowledge, however, that those assigned the female sex at birth are not the only survivors of rape in India, often, nonconformity with gender boundaries not only functions as a basis for sex crimes, including rape but also makes it harder for survivors to seek help. Section 375 of the IPC only conceptualizes the perpetrator as male and the victim as female. Its exclusivity in nature leaves out a large section of society who are being violated and are left with no discourse of getting justice.

The status quo burdens victims and exonerates perpetrators of responsibility in sexual interactions. Indian statutes, legal decisions, and commentaries condemning rape primarily focus on it as a crime that lowers a woman’s dignity and scars her reputation, rather than a crime violative of a woman’s selfhood, individuality, or autonomy.

The accounting of traditional notions of what an ‘Indian woman’ is and their defined ‘behaviors’ are, should be discarded. Even though change is visible, an overturning of the current structures will be brought about through a normative reconstruction of our laws and our social rationality only when people realize why the current laws are problematic and ancient and understand why new amendments to these laws are necessary.

It is necessary to take legal recourse if you’ve been abused of sexual harassment or have witnessed someone getting abused. Consecutively, you can register your complaint at the National Commission for Women   as investigations by the police will be expedited and monitored.

In Conversation With Two Generations of Women At Lamahatta