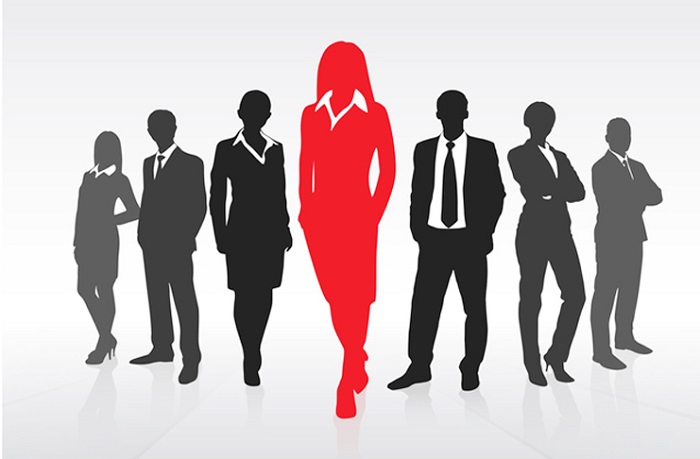 In an election electrified atmosphere, BJP Spokesperson, Gaurav Bhatia could dare to make a despicable sexist remark saying “Go Wear Petticoat” to his fellow panelist during a TV debate. He is far from being the first politician who openly insulted women. Yogi Adityanath had earlier remarked that “women power does not require freedom but protection and channelization.” Yet no reprimand by the party supremos, inspite of all the rhetoric on women empowerment. How is that women electorate in India are approximately 47% and yet all that the parties have to offer to them is rhetoric, rhetoric and more rhetoric?

Consider a few examples. Nine out of ten parliamentarians in India are men. Out of 545 members in the Lok Sabha, only 66 are women – a shameful 12.2%. The question is why has the Women Reservation Bill, which seeks to reserve 33 percent seats in Lok Sabha (Lower House) and State Legislative Assemblies for women, not been passed yet, inspite of all the political parties supporting it in theory? If the Modi led BJP government was serious about women rights, it would have surely passed the Bill. But all that the women of India get is empty sloganeering of ‘beti bachao, beti padhao’ which in itself reeks of patriarchy.

Another question often asked by the critics of the Bill is whether providing for women reservation will solve all problems? Well, has any one solution ever been panacea to all ills. But women reservation in Lok Sabha and state assemblies will help ensure a level playing field for women in politics. There are several other issues pertaining to women, including their participation in work-force, their basic healthcare and hygiene awareness, women security, drop rate of women from schools and universities, equal representation in other fields including judiciary amongst others. The commonality to effectively address these problems is to make women issues mainstream and bring them at the center of discussions. Women’s equal representation in politics will be the first step to do this.

Secondly, the seriousness or the lack of it for women’s rights, became visible in the recent unfolding of the Sabrimala issue. The politics played by the parties on the issue reveals that the issue of women rights still remains of token value, while religion is brought to the foray to garner support for anti-feminist stand. Pitch women rights against faith, and it is anyone’s wonder, who will win this battle. But there is a growing consciousness amongst women that it is time, they take the matters in their own hands and fight for their own identities. Women coming out of their homes to stand for their entry into Sabrimala amongst others, is an indication that women no longer want to be identified as daughters, mothers, wives and sisters alone. They want to be seen and heard as ‘women’, in their own right.

It is time to challenge the deeply embedded patriarchy in India and question the political parties, whose words and action as regards women empowerment do not match at all. We cannot place the burden of doing this on women alone, as what is needed is a systemic change where laws are challenged, policies are questioned, and men stand up equally for women’s right at every step. But women need to organize themselves politically to exert pressure and fight for equal representation. Until this happens, a largely male dominated Parliament is unlikely to pass the Women Reservation Bill, which for them effectively means ousting some of their own-selves to make way for women.

Women need to be taken seriously in politics and they need to lead from the front, just like the members of the Scheduled Castes (SCs), Scheduled Tribes (STs) and Other Backward Classes (OBCs) in India have done. It begins with, a recognition of belonging to a political constituency that can be a game changer in Indian politics. While women collectives in India have been fighting for Women Reservation Bill, the movement cannot be said to have percolated amongst the various classes of women in India.

Women also need to stand for women. All female politicians, irrespective of their parties, become victims to character assassination and the victim of merciless trolling. If parties are serious about women rights, why do they not stand up to their own trolls? But similarly, women also rarely stand up for women candidates belonging to other parties.

Till when will politicians continue to offer lip service to women rights without actually realizing their true power, according them due respect and actually getting into action to promote women rights? Thompson Reuters poll shows India has been ranked No. 1, as the world’s most dangerous country for women, seven years ago it was ranked 4th NCRB (National Crimes Record Bureau) data reveals that crimes have against women have increased by 83% in the last decade. So while the nation marches forward, women have to come together to write their own stories of political emancipation. It begins with a conscious concerted effort to have one unified political voice. The journey is long, and the next pit stop is ensuring the passage of the Women Reservation Bill. How will the parties ensure this and why haven’t they done it already? This should be the question we need to ask all political parties as they come knocking on our doors. The example set by Mamta Bannerjee by fielding 41 % candidates from their party for the elections is a welcome move. Other parties need to follow suit.

The Locker Room Culture Needs to Be LOCKED