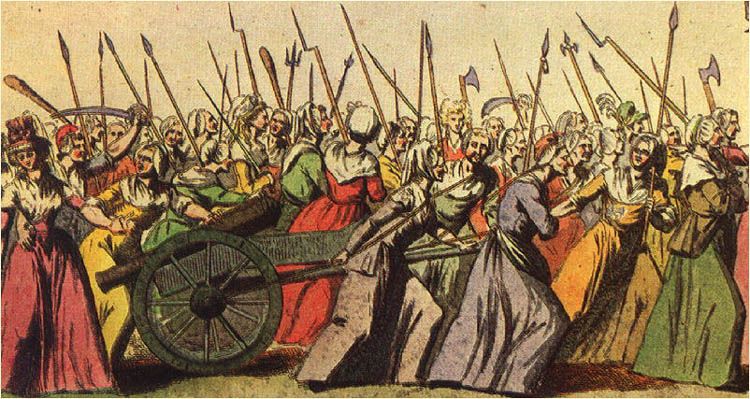 A number of powerful women have shaped the course of history with their intelligence, strength, passion, and leadership qualities. They have challenged the status quo, made lasting reforms, and many have presided over their countries for decades, ushering in prosperity and cultural revolutions. From Zenobia who challenged the might of the Roman Empire in 3rd century to Margaret Thatcher, Indira Gandhi and Angela Merkel, the list of women leaders is a long and illustrious one.

Sadly though, women have always been looked on as subservient to men. They are still seen as weaker, less intelligent, and otherwise less fit than men for most tasks. Even today, whether a woman is rich or poor her role in life is kind of set from the beginning. Through marriage or prolific accomplishments, individual women have been able to merit more respect from men or other women but they are considered anomalies or exceptions due to them being very few in number. This is especially true in politics or public administration. It’s surprising that even super powers like US till date hasn’t had a female head of state. Hillary Clinton made history by becoming the first female presidential candidate of a major U.S. political party. This rise of women through history into such positions hasn’t been easy though. From having no political or voting rights to contesting for seats of power women have battled hard and to an extent managed to break the glass ceiling. It is very interesting to note that in the ancient (earlier) and middle ages, the position of women in society was much better than in the modern ages. Below is the summary of West and India in this regard.

In the early Middle Ages, women had more control of their lives than they did later. They weren’t married off at early puberty, and the ones coming from wealthy families had their own property, which they kept when they married. Furthermore, upon marriage they received a dower from the husband, which could extend to several estates. They could alienate their property, bequeath it and do whatever they wanted with it. Around the twelfth century the sex ratio changed to what it is until now – more women than men. As a result, the status of women declined. They were married off much earlier to men two decades older, they had to bring a dowry, which the husband controlled, they could not study at a university (only in one – Salerno) and could not practice any “male” profession, like medicine. They were driven out of crafts that had traditionally been female, like brewing beer, and were usually not allowed to join professional and craft guilds. Nevertheless, women in the later middle ages still were much better off than women in the early nineteenth century. Until the sixteenth century, women could inherit, own and manage property, especially as widows. They could also draw up a will and bequeath their property as they chose. If a husband wasted a wife’s dowry she could (and sometimes did) take him to court. Then the patriarchal age began, when women were legally considered permanent minors – if they had property, it became their father’s, their husband’s, their brother’s. They could not inherit family property or titles. They had no legal personality, no choice. Female education declined too, and women were taught mainly useless things – at home, not at a school. In sum, medieval women were subject to man, but nowhere near the level of subjection modern women suffered.

In the ancient Indus valley civilisation of India, evidences show the worship of the mother goddess. Hence, the veneration for the mother is evident during that period. During the Rig Vedic period, it is believed that the position of wife was honoured and women’s position was acknowledged, especially in the performance of religious ceremonies. Education of young girls was considered as an important qualification for marriage. There are references in Vedic literature that in the Kshatriya society, brides had exclusive right of selecting their own consorts, which was known as ‘Swayamvara’. In Rig Vedic society, dowry system was unknown. However, the concept of marriage as a dan or gift was prevalent. Gradually, religious ceremonies were increasingly conducted by the priests resulting in weakening of the women’s eminent position in the household. Later on in the age of the epics like Ramayana and Mahabharata, the position of women gradually deteriorated not only in the society but also in the family. Although this can be conflicted as there are instances of women being assertive and revered throughout both the epics. As explained above, during Vedic times, patriarchal culture had begun eliminating the matriarchal culture. The Vedic culture was widespread till the arrival of Muslims in the 8th century and with regard to patriarchal ordering of the social life, Islamic era did not differ much from that of the Vedic era. What followed the Muslim era is the British Raj in the 18th Century. It was also predominantly patriarchal. Throughout the past centuries, the patriarchy and the patriarchal social organization prevailed – so too the gender discrimination.

Role Of Women In Freedom Struggles Across The Globe

Across the globe, in various socio-economic and political movements, women have played and continue to play a very significant role alongside men. This has also helped women in shaping social and political reforms in their respective nations. Two key movements in which women have played major roles and simultaneously pushed for social reforms are:

French Revolution & The Rise Of Feminism

Women had no political rights in pre-Revolutionary France; they were considered “passive” citizens, forced to rely on men to determine what was best for them. That changed dramatically in theory as there seemingly were great advances in feminism. Feminism emerged in Paris as part of a broad demand for social and political reform. The women demanded equality to men and then moved on to a demand for the end of male domination. Their chief vehicle for agitation were pamphlets and women’s clubs, especially the Society of Revolutionary Republican Women. When the Revolution started, some women struck forcefully, using the volatile political climate to assert their active natures. In the time of the Revolution, women could not be kept out of the political sphere. They swore oaths of loyalty, “solemn declarations of patriotic allegiance, [and] affirmations of the political responsibilities of citizenship.” The Women’s March on Versailles is but one example of feminist militant activism during the French Revolution. While largely left out of the thrust for increasing rights of citizens, as the question was left indeterminate in the Declaration of the Rights of Man and of the Citizen,[10] activists such as Pauline Léon and Théroigne de Méricourt agitated for full citizenship for women. On 20 June 1792 a number of armed women took part in a procession that “passed through the halls of the Legislative Assembly, into the Tuileries Gardens, and then through the King’s residence.”

Sarojini Naidu ji was one of the forerunners of women’s participation in the India’s independence struggle. In August 1914, she met Mahatma Gandhi, and from then onwards devoted her energy to the freedom movement. In 1917, she led the delegation to meet Mr. Montagu for women’s suffrage. In 1918, she had a resolution passed at the special congress session in Bombay, supporting women’s franchise. In 1919, she went to England as a member of the Home Rule League deputation to give evidence before the Joint Parliamentary Committee. There, she put forward the case for women’s suffrage. In 1919, she became a campaigner for women’s satyagraha, traveling all over India to propagate the cause. As Sarojini Naidu’s political exposure grew—in 1925 she became the first Indian woman to become President of the Indian National Congress. After the Jallianwalla Bagh incident in which hundreds of men, women, and children were ruthlessly gunned down, political consciousness among women increased. This resulted in more and more women joining the national movement.

Modern Day Politics In India And The Role Of Women

Despite the presence of high profile women leaders across all parties, the representation of women in Assemblies and Parliament is miniscule. An increase in women’s participation is seen only in the municipal and Panchayat level elections, especially since the reservation in the 1990’s. There is no dearth of women leaders. But the problem is bringing them to the forefront in a party that comprises mostly men. More women are contesting elections now, but because men too are contesting in large numbers, the rise of women is slow. While lineage and capital are important to bring women into politics (just as it is for men), there’s no guarantee that a party with a woman leader will give space for more women. Election Commission data have shown that women contest more in SC seats, but not ST seats as compared to general seats. It is observed that women are more likely to win when nominated. But that brings us to the question of caste, which is the very basis of politics in India.

When the question of caste, intertwines with the status of women in the Indian society, we get a deadly combination, as the scholars of intersectionality will tell us. As the recent Hathras rape case saga reveals, the impunity with which the guilty is able to get away may not be uniform in all cases. As the 20 year old victim succumbed to injuries, leading to a massive online and on ground protest asking for justice, what came as a rather rude shock is the news of her dead body being forcibly burnt by the UP Police, at 3 AM – with her father and brother not being allowed to do the last rites.

While the Nirbhaya case led to nation-wide protests, the fact that very less seems to have changes as regards the security of women since then, and that the stakeholders can get away with such disregard for law and justice in the rape of a lower caste girl, is telling of the concerning state of affairs in India today.

What will change this, if anything ? Unless the women in India rise to claim their rightful position in every sphere of activity, including politics, women will continue to suffer as second rate citizens. But they need to remember the long history of struggle, many men and women who have fought hard for their rights and know that an equal world is not only possible, it is in making. It is time that women stop looking over their shoulders, with the hope that the male -dominated legislatures and executive will take their issues seriously, and find a way to organise themselves and assert themselves and their rights.

Women are half of India’s Population and they should settle at nothing but full rights and freedom. Until then, each one of us will have to strive hard for our vision of an equal world. Because no one said it will be easy or ever has been.

How the COVID-19 Lockdown is Impacting India’s Women