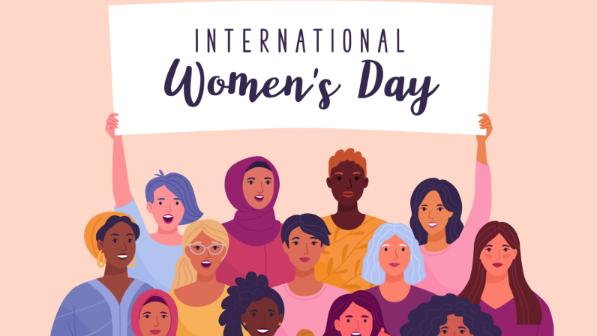 On March 8, 1917, female textile workers in Russia led a strike demanding “Bread and Peace”. This movement marked the beginning of the Russian Revolution and led to the commemoration of this day worldwide as International Women’s Day.  One hundred and five years later, it is now March 8 again, and Women’s Day has become yet another watered-down holiday, as made evident from social media feeds plastered with aesthetic pictures of t-shirts proclaiming feminist slogans. Comments under them, however, point out the irony of these items being made by female textile workers paid poor wages in exploitatory conditions. But are these black-and-white takes enough to paint an entire picture?

Like Valentine’s Day, Women’s Day too has been co-opted by brands hoping to capitalize on our shopaholic proclivities; however, headlines continue to highlight the systemic exploitation of female workers. In Tamil Nadu, a Reuters expose revealed that workers were plied with illegal pills to suppress menstrual pain, leading to horrible ill effects for years afterwards. In January 2021, a 20-year-old working in a factory supplying to global brands like H&M was allegedly murdered by her supervisor after a long period of continued sexual harassment. Uighur women in Xingiang are not only subjected to forced labour, but also undergo compulsory sterilizations and abortions. These news stories are horrifying, yes, but there still remains a gaping hole in our picture.

Though there is much to improve, we would be remiss to ignore the good borne of textile factories. In Bangladesh, factory jobs employ 15% of Bangladeshi women between the ages of 16 and 30. Growth in the garment sector has been directly linked to increases in the ages of marriage and childbirth and a 50% increase in female education attainment. A New York Times investigation discovered that women in East Asian sweatshops tend to voluntarily work longer hours to save more money. Sweatshops, maligned by well-meaning but often uninformed people from the Western hemisphere, have provided much needed economic growth and even contributed to the rising middle class in these areas.

Paul Krugman, the Nobel prize-winning economist, suggests in his essay “In Praise of Cheap Labour” that our tendency to object to sweatshops stems from feeling guilty about the unethical labour used to make products for our consumption. He points out that people in the west fail to understand that the alternative for these women is no standard source of income, abysmal living conditions for the workers, and a possible reversion to subsistence farming.

An increase in government intervention through more regulations and compliances adds to the cost of doing business leading companies to lose their competitive advantage. Once that happens, production simply shifts to other countries and women are left with no jobs, and reduced agency.

But, it’s not as if nothing can be done about it. As Peter Drucker once said, the primary motive of a business is to acquire and keep customers. This implies that the teeming mass of people who purchase from companies such as Apple and H&M can influence how brands evaluate and improve their supply chains. For example, the rise in awareness about sustainable fashion among the collective consciousness has resulted in the global ethical fashion market experiencing a compound annual growth rate of 8.7% since 2015. Although it could be argued that a lot of this is just greenwashing, it nevertheless shows us that our voices have impact. The influence of social media too has heightened the public scrutiny that big brands receive. For example, after numerous protests online, Apple was forced to revamp a supplier whose workers died of food poisoning due to unhygienic conditions.

However, we must take care to not fall into the trap of patronizing these women as helpless victims and accord them dignity as individuals facing certain choices. Take the case of a textile worker in her 20s. Her job gives her financial independence, enabling her to resist societal pressure to get married before she is willing. If she decides to do so, and her husband does not treat her well, she has more freedom now to walk out of the marriage. If she has kids, she can provide for them and make sure they get an education. Financial independence usually brings more autonomy for many of these women.

Popular brands like Reformation and Patagonia preemptively pledged to stop using Chinese cotton entirely, purely because they anticipated compulsion from buyers. Customers who can afford it need to continue voting with their dollars to better the lives of the people who make their clothes. Organizations such as BLUESIGN offer assessments of the journey a garment undertakes and certifies “products that were manufactured with responsible use of resources and the lowest possible impact on people and the environment”. To that effect, customers are starting to become more discerning and have started to put more pressure on companies they buy from. In turn, companies have started to reevaluate their supply chains as well. This in time is sure to build a world where female workers at the bottom of the economic pyramid would be able to pursue economic independence in an environment where the mind is without fear and the head is held high, as Rabindranath Tagore once proclaimed.

Tejashree Murugan is a final year undergraduate at IIT Madras. She is a part of the second cohort of Students for Liberty’s Fellowship for Freedom in India.

Right to Information – An Overview