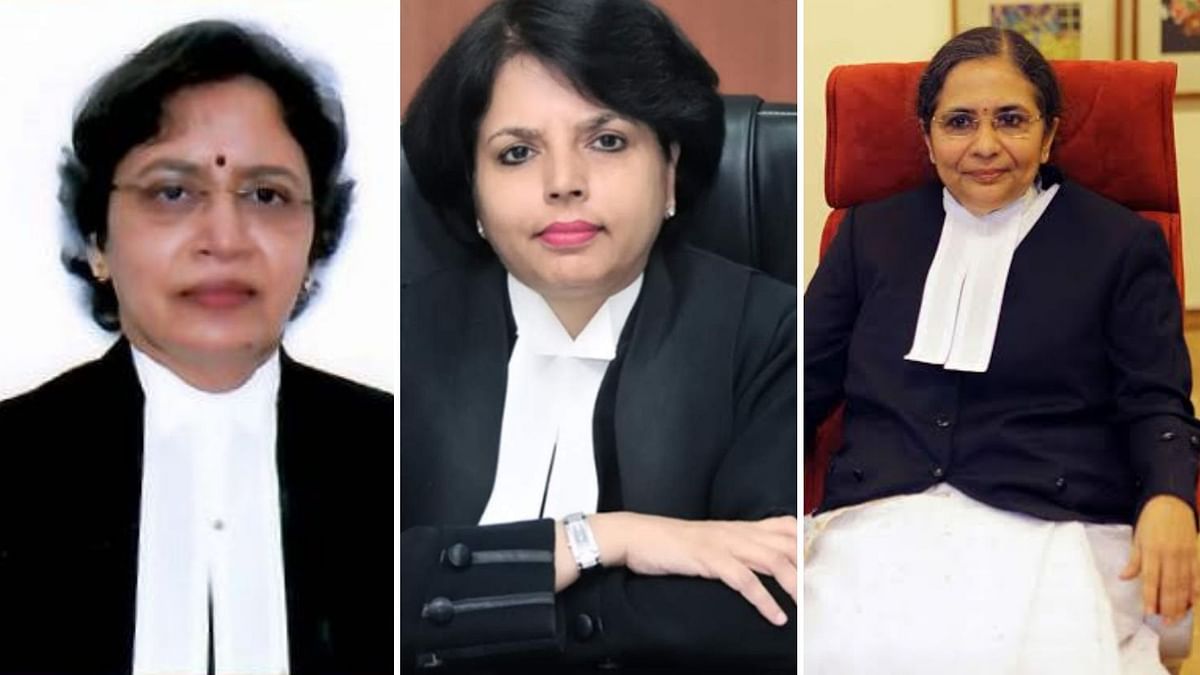 President Ram Nath Kovind has cleared nine names for alleviation to the Supreme Court recommended by the collegium, including three women judges:

This is refreshing, because the judiciary has long been criticized for lack of representation. At present, Justice Indira Banerjee is the lone serving woman judge at the Apex Court set to retire in 2022, and she is among the 8 women judges who have served there since 1989. It is also for the first time in history that we’re witnessing three woman judges appointed at the sametime. India has never seen a woman chair the Chief Justice of India.

Justice Hima Kohli is the first woman Chief Justice of the Telangana HC. She was a Delhi HC judge before her appointment to Telangana. She began her practice at Delhi in 1984. She has made stellar progress in her 7 month office at Telangana HC.

Justice B.V Nagarathna began her practice in 1987. She was appointed as an Additional Judge at Karnataka HC in 2008 and as a permanent judge in 2010. Justice Nagarathna might also become the first Chief Justice of India in 2027.

Why does it matter?

The world has long been androcentric, and it has not left any stone untouched – whether it is how we understand rights and morality or issues of policy, an androcentric worldview can only be challenged by someone who does not belong to it. Women and queer persons have a hard time navigating the justice system, whether they’re a complainant or a practicing advocate. Minority representation at an office like judiciary opens several avenues for those who need judicial intervention to live a safe and secure life. They bring fresh and crucial perspectives to the table that would’ve otherwise been ignored if it weren’t for their seat at the table. It is not unknown that several laws, including language of the law, are based on incorrect notions of gender and/or sexuality. Appointments like these challenge just that. A seat at the table is the fuel for a better tomorrow. But we have a long way to go.

Out of 1079 judges at the HCs, only 82 are women. The Collegium is also known to prioritize geographical diversity over ethnic/gender/caste/other minorities and it doesn’t bode well for future appointments either. The situation at lower judiciary is however slightly better, with a 36% women representation between 2007- 2017 in 17 states.