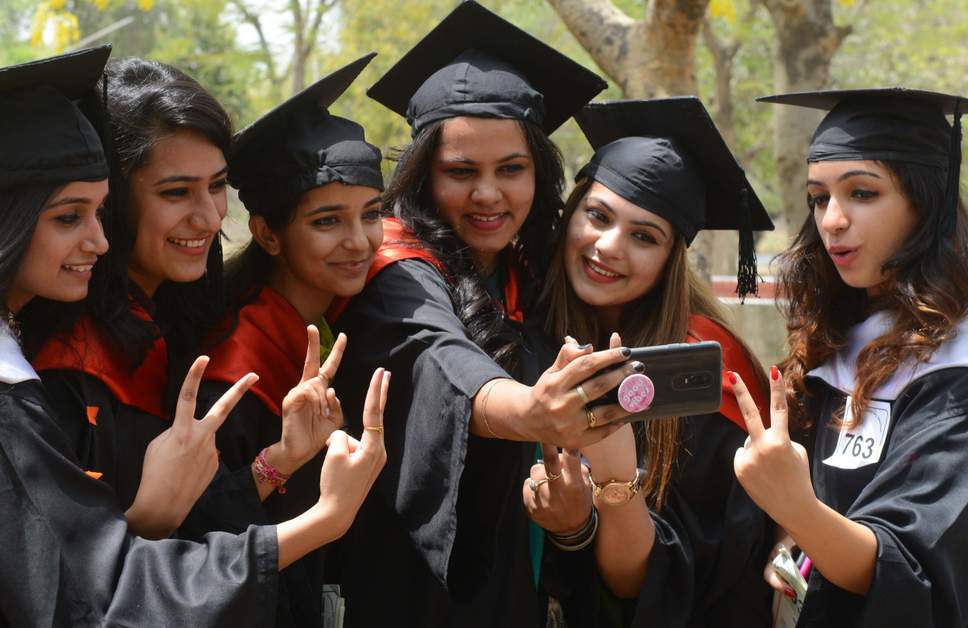 Data for 2018-19 All India Survey of Higher Education (AISHE) shows that there are more females at campuses in eight out of sixteen undergraduate and postgraduate programs in 127 institutions of national importance but female scholars number only 24% of them. According to the survey, there are more females pursuing science and medicine at undergraduate level while in BCom, there are 99 females per 100 males on campus. Women also outnumber men in graduating at UG, PG, PG Diploma and MPhil level.

Dominating programs like B.A., B.Ed., B.Sc. nursing, M.A., M.Com. and M.Sc., females have shown slight growth in participation in higher education. A shift on the side of women is seen with an increase in programs like medical with 60.6%, Arts with 50.3% and Science with 51% of total enrolment. Participation at postgraduate level has also increased at M.A., M.Sc. and M.Com. during the last five years.

But the figures are static when it comes to female scholars at institutions like IITs, NITs, AIIMS IISERs among others. There has been a continuous decline in MTech where the number of females have dropped to 64 per 100 males and enrolment. In law the number has dropped at 33.7%, in BTech at 28% and in BE at 28.86% which shows a very large gender gap in professional programs. Even though improvement is marked from 58 females per 100 males to 75 in MBA courses and 64 to 70 in BCA, a significant gender gap in these courses is still concerning.

As per the report, there is an increase in students opting for professional programs like management, law, computer application, medicine, pharmacology. B.B.A., B.Pharm., B.Sc. nursing, M.B.B.S., LL.B., B.Ed., M.Com. have recorded all-time high in enrolment. MBA, BCom and BCA are next in line. But traditional engineering and arts programmes have continued to slide.

Even though the data doesn’t show any ground breaking record on increase in participation of women at scholar and professional level, the increase in enrolment at numerous programs especially the ones traditionally dominated by male show that gender stereotyping of courses are being discarded by women and the numbers will in coming future will grow at a faster rate.

Fairness Creams and the Hope of a Fairer World

Re-Mark To Level Up: Female Candidates Outperform Male In The Examination Hall – But Are Less Likely To Complain About Disappointing Results