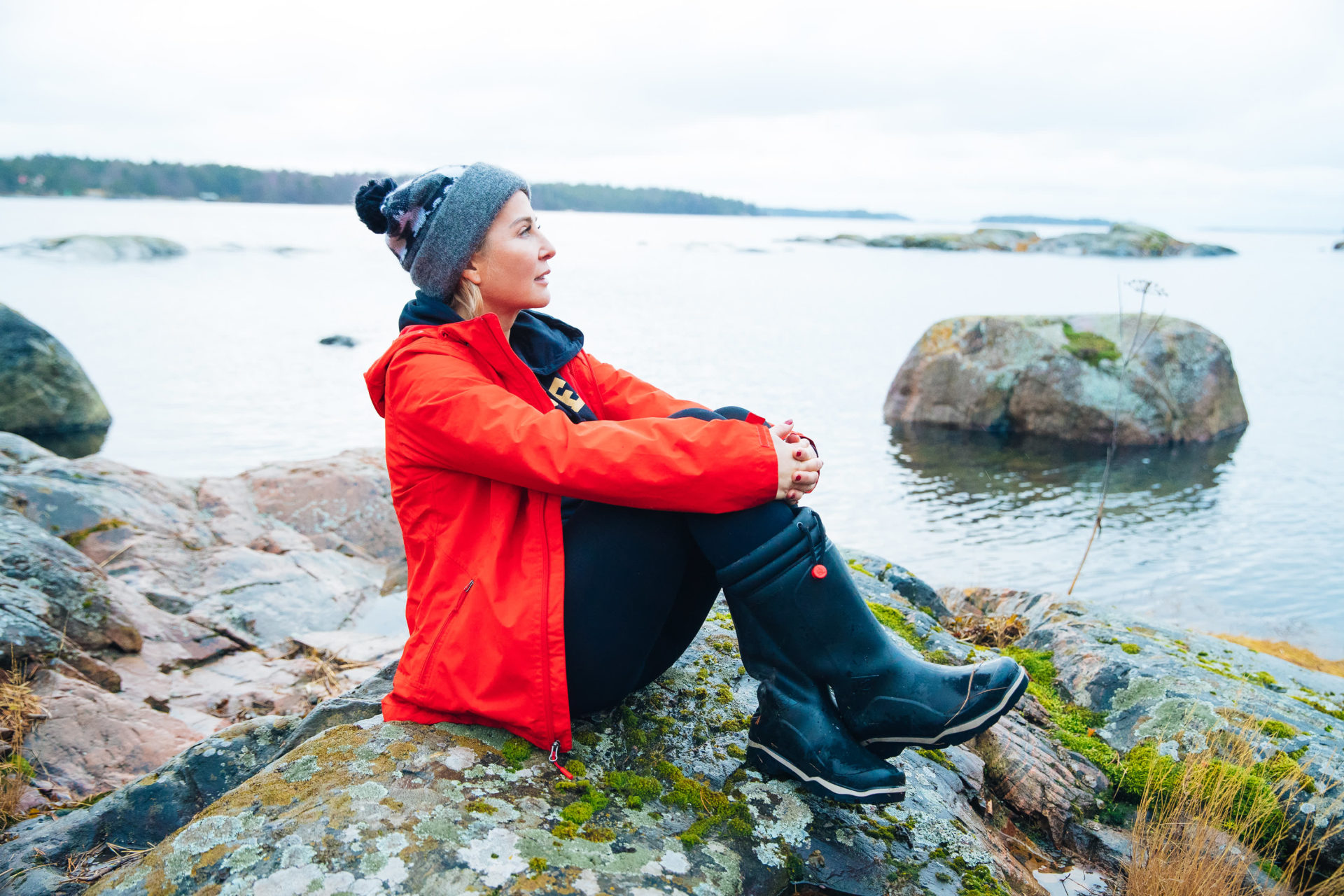 “What you do makes a difference, and you have to decide what kind of difference you want to make.” – Jane Goodall

Located off the coast of Baltic Sea, SuperShe Island is the first and only island just for shes. While the SuperShe community is global, the island is administratively located in the town of Raseborg, Finland. American entrepreneur and former owner of the tech Consulting firm Matisia Consultants, Kristina Roth purchased this 8.4 acre island in 2017 after selling her company for $65 million. The real-life private island gateway, where only women are allowed, has been open to the SuperShe community since June, 2018. The island was started with the goal to give women a space to be themselves and learn from each other, away from the distractions of the outside world.

“Women need to spend time with other women. Being on vacation with men can cause women to become sidetracked, whether it’s to put on a swipe of lipstick or grab for a cover-up. We want SuperShe Island to be rejuvenating and a safe space where women can reinvent themselves and their desires. A place where you can recalibrate without distractions” – Kristina Roth, SuperShe Founder and CEO

How it all began?

Kristina Roth, a computer science graduate, started her career as a techie, surrounded by men. She then moved on to Management Consulting. Having gained the requisite experience, Roth then decided to pack her bags and relocate to the United States because she firmly believed that it was a country of freedom and businesswise, a place where one could take everything to the next level. Once she received her green card, she decided to pursue the American dream by quitting her job and starting her own business. Starting without a penny to her name, she grew her business into a $45 Million success story in a short span of time and was featured on the Forbes list of Fastest-Growing Women-Owned Businesses for several years in a row.

Having a penchant for traveling across the globe, she decided to leave her post as CEO, sell the company and seek out something even more fulfilling. After selling her company, she was prepared to just kiteboard and snowboard and sit on a beach forever, but everyone advised her that wouldn’t last for long. Roth created a blog and a community called SuperShe, devoted to uniting and motivating some of the world’s most inspiring women. Since its inception, SuperShe is making a significant social impact by disrupting the all-talk-no-action reality of the “women supporting women” movement.

After hosting a series of SuperShe retreats in places like Hawaii and Turks & Caicos, Roth dreamed up the idea of buying her own slice of paradise. Roth didn’t know a lot about Finland. Having visited Finland on Scandinavian tour with her fiance, she found Finland as the perfect backdrop. The pure nature, the beauty, the fresh water and fresh air made her fall in love with the place. Even though she purchased the island for her own pleasure and to have a place to unwind, she eventually decided that she was going to open the island for SuperShe retreats. Believing in old-fashioned work, Roth personally oversaw the creation of the entire place, contract managed it and architected it through a Finnish winter.

Everybody who works on the SuperShe island are women, be it the bus drivers who take the guests to the harbour or the women farmers who supply vegetables. Jobs were specially created for women photographers as well. The only time male construction workers were working on the island was to lay lines for power and water and gut renovation.

The prospective guests on the island have to go through a rigorous selection process. Women who are interested to visit the island can apply through the organization’s website and Roth evaluates if the women should be permitted on the island. Roth wants to create a positive environment on the island and does not want bad juju. Her principle goal has been to create a circle of women who inspire and get inspired. Roth believes that positive energy begins to flow when you are surrounded by inspiring women and not gossip mongers. Roth also emphasizes that even though the island is exclusively for women, it is definitely not for men haters. So women who apply citing the reason that they hate men, don’t necessarily get a gatepass to the SuperShe island.

The underlying philosophy of the SuperShe community has been to cleanse the body, mind and soul. The activities offered on the island include Yoga, Meditation, Kayaking, Hiking, meditation, fitness classes and nature conservation activities. Several motivational talks, group bonding sessions and discussions are also organized on the island essentially to distract women from the outside world.

Most of the ingredients for the food prepared are sourced from the island using an ocean-to-table and farm-to-table model. The recipes are highly inspired by paleo and ayurveda. Desert is traditionally served only once a week to ensure the intake of sugars is at a bare minimum. Pure Ghee and coconut yoghurt are prepared on the island itself. The yoghurt prepared with baobab powder and probiotics is a super hit among the guests. Even though weight loss is not the ultimate goal, several women have often mentioned that they have lost several pounds and feel healthier after their stay at the island. The Eco-luxury island has solar powered toilets that burn everything, thus ensuring that there is absolutely no waste littering the place.

Inspired by the book “The Science of Positivity”, authored by Loretta Graziano Breuning, much importance is given to laughing, crying and exercise because they jointly help release of endorphins. SuperShe is like a cake with hundreds of layers. There is programming for the body, mind and the soul. While the 8.4 acre property has got utmost attention because it is exclusively for women, there is a lot more happening on this island retreat. The SuperShe community is also like a white canvas – you can project onto it whatever you want. While one can project their fears, worries and discrimination on to it, others may try not to let the negative energy suck away the positive energy. Currently there are more than 8000 members in the SuperShe community spread across 154 countries.

SuperShe Millionaire Contest literally invests back into women and the SuperShe community by giving a $1,000,000 grant to one community member’s idea or project. The SuperShe app also gives women from all over the world (154 countries and counting) a space where they can showcase their skills, learn from one another, and meet new people who shake up their perspectives. SuperShe has created an uncensored place where women can be their truest selves and get out what they put in.

“I always tell women to draw three circles. Find what you’re good at, what you’re passionate about and what makes money — the intersection of those three circles is your calling with which you can pay your bills. I’m big when it comes to women empowerment and big on being able to pay your bills and being independent.” – Kristina Roth

SuperShe community has played a pivotal role in creating several success stories. One of its members Diane, started her own business after being part of SuperShe. Another woman named Ramona got some investment tips and decided to make some successful cash flow investments into real estate. Another SuperShe named Cat wanted to become a freelance videographer with Red Bull, and her dream came true. There’s also Jessica, who after having a male partner in her company for 8 years, made the courageous move to take over the business after being a part of SuperShe. Another SuperShe who was impacted was Nini, a woman who lost 10 pounds after a SuperShe Island retreat and kept working hard towards her goal.

Despite SuperShe island having gained immense popularity in a short span of time, there has also been much criticism about the elite nature of this club. Critics have taken exception to the super expensive cost of stay at the retreat claiming that the nearly $4500 per week price tag is affordable only for rich women and they opine that this doesn’t necessarily help gender equality.

Not letting criticism get to her, Roth believes that society should stop telling women how to live their lives. One of her advices to fellow women is “Just be what you want to be. There’s no one right way to live. If women were allowed to be whatever version of themselves they wanted to be without judgement, scrutiny, or societal pressure, there would be no need for a separate community that is a safe space for women to push the boundaries set upon them by society.”