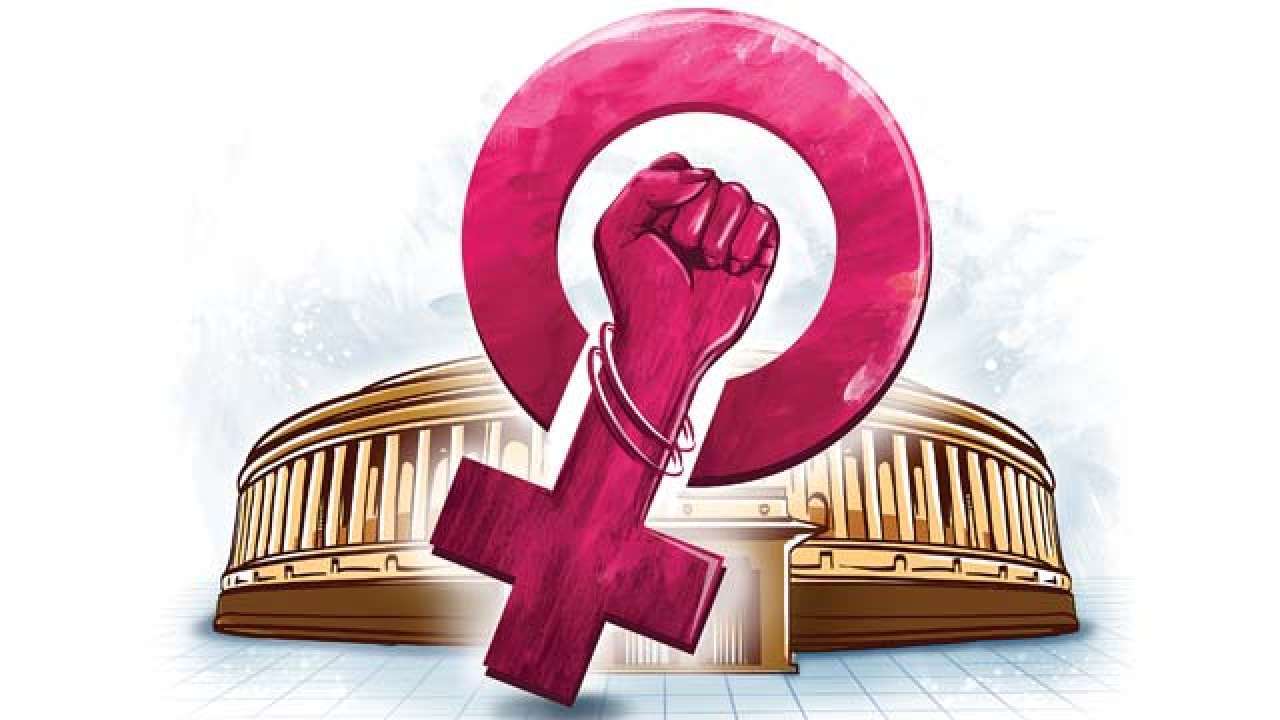 From New Zealand‘s Jacinda Ardern to Bangladesh’s Sheik Hasina Wazed, women all over the world are taking over the field of politics. India too is no less. We have seen women leading defence, governing states and also a female President and Prime Minister over the years. The 17th Edition of the Lok Sabha has a record breaking number of 78 women parliamentarians, a pathetic number to be called ‘record breaking’ in the 21st century. India ranks 20th from the bottom in terms of representation of women in Parliament. So, are we really empowering our women?

India is a nation with 48% of female population but only 78 women parliamentarians representing the 497 million women in India. In order to bring more women into politics, the Women’s Reservation Bill was proposed. It was initially introduced in the Parliament on September 12, 1996. The main aim of this bill is to reserve 33% of seats in the Lok Sabha and all Legislative Assemblies for women. The reserved seats will be allotted by rotation to different constituencies in the Lok Sabha. The reservation will cease to exist after 15 years of it being passed. The bill was never passed, though it was reintroduced several times; in 1998, 1999, 2003, 2008 and the latest being 2010. Currently, the bill is still pending in the Lok Sabha.

India has been an independent country for 73 years now and the condition of women have certainly improved in terms of literacy and active participation in politics with a 64.6% literacy rate and a 65.73% voter turn out. But, India, in all these 73 years, has seen only four women leaders. For a country that loves the female form, the way India treats women is shocking. And that is why the women’s reservation bill is a good first step to empower Indian women. Women are severely under represented in the country’s politics and they deserve to have their voice heard. This bill will ensure greater participation of women in politics and improve the overall condition of women. It calls for equal participation of men and women in the nation’s politics. Besides, the bill will cease to exist 15 years after being passed; it is a temporary solution to empower India’s women and ensure equal representation of women in politics.

While there has been a good amount of support for the bill, it has also faced strong opposition. Critics of the bill argue that it will continue to perpetuate gender inequality because they would not be seen as competing on merit. It will also limit the choices of the people since only women candidates will be fielded for the reserved constituencies. But this can easily be solved with dual member constituencies for equal representation. They also argue that reserving a constituency for women would mean a loss of opportunity for men who could have been a better or more qualified candidate. It is said that this policy may divert the attention from larger electoral reforms needs like that of criminalisation of politics and inner-party democracy. Sure, these are important too, but why should equal representation of women in the Parliament be second to inner-party democracy? Why should women take the second place when they have been suppressed for so many years? Besides, this bill can also be amended to help make political parties more diverse by providing internal reservations for women in political parties.

While it is easy to label those against the bill as sexist, it also makes sense to look through everything the bill will bring about. A total of 131 seats (24.03%) are reserved for representatives of the Scheduled Castes and Scheduled Tribes in the Lok Sabha. Add to it the 33% reservation for women, a total of 57% , a little more than half of the of seats in the Lok Sabha will be reserved. With 57% of seats being reserved in the Parliament, how can we ensure proper representation of people’s will and democracy?

The Women’s Reservation Bill might not solve all problems faced by the women of this country, but it is a good start. An expert committee should be set up to analyse closely the various pros and cons of the bill and come up with a solution that will empower women as well as take into account the representation of people’s will. The government should work to help remove the patriarchal mindset of the society, which of course, cannot happen without the society itself. We need to encourage our women and remove the various hurdles they face to enter politics. We need to strike down sexism and patriarchal structures within politics and get over gender stereotypes.

It’s been 73 years of independence with far too less women leaders in India. It is time India started viewing her women as leaders and changemakers. As Ruth Bader Ginsburg said, “Women belong in all places where decisions are being made. It shouldn’t be that women are the exception”, it is time that legislators put aside their excuse of the need to build consensus over the Women’s Reservation Bill and passed it in the Parliament because it is an essential short term solution that needs to be implemented in a still chauvinistic India.

For more on this topic, watch these informative videos here:
https://youtu.be/QsAWvo7qG8k

The Brides and Widows of Lord Aravan